Reflection and reverberation in the desert Southwest 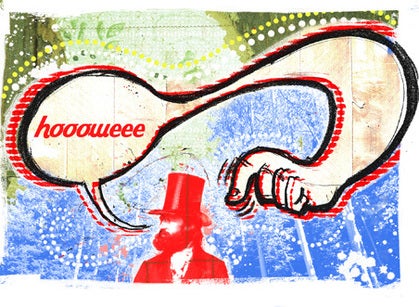 I beat the sun to the canyon and stood on a 500-foot cliff enjoying the remnants of the chilled midnight air between sips of steaming coffee. Orion pulled one last arrow from his quiver and shot a flaming meteor at the horizon. The low, hoarse croak of a raven challenged the silence in the black cliffs of the desert Southwest. A soulful reply emerged through the labyrinth of stone monoliths, talus slopes and arches, followed by the hungry yip of a coyote. Then, silence.

I tossed a stone into the canyon and watched it fall. The place swallowed it without a sound.

Soon a faint orange glow found a cloud in the east, and ignited spires of light through the purple cumulous puffs. A rising tide of powder-blue sky swelled ever higher and revealed a black-billed magpie. His iridescent feathers reflected the first light as he took flight and drifted overhead. The rippling currents popping across his plumage were the only sounds in the canyon now. Then, more beautiful silence.

I perched on the precipice and watched the inky shadows on the canyon floor melt away. A small stream appeared, snaking through a sandy bed of bleached debris, embroidered with tamarisk and towering cottonwoods. Spotting a narrow, rocky trail down the cliff was all the invitation I needed. I put away my coffee cup and started running.

A half-hour later I found myself at the bottom of the canyon in a hushed amphitheater, lolling along through the interplay of light and shadow. A fallen log offered a good ringside seat, and I pulled up a seat to enjoy the final moments of the sunrise.

As I basked in the glow, a stream of distant voices interrupted my bliss. Soon, a waterfall of sound splashed over the cliff walls. A raucous group of hikers or bikers was eagerly approaching the overlook. I could hear their footsteps and their chatter as if they were standing right next to me.

The leader of the group rushed ahead and perched himself precariously on a massive sandstone spire hundreds of feet above my head. The solid rock acted like a giant megaphone, amplifying every nuance of their conversation. At first I was bothered, but their excitement over their glorious discoveries put me in a playful mood. They didn’t know I was there, and I hid from view.

Their leader shouted, “Wow, look at this!”

I waited about two seconds and repeated, “Wow, look at this!” he turned and looked deep into the canyon.

“Did you hear that?”

I mimicked, “Did you hear that?”

I parroted back, “That’s amazing!”

By now, everyone in the group had arrived, all very excited about the newfound discovery. Everyone took turns yelling into the canyon, and I did my best to impersonate each. The louder they yelled, the better their echoes got. I started ad-libbing.

But I knew I was in over my head when one of the girls in the group stepped up and exclaimed in a high, squeaky voice, “I never heard anything like that before!”

I paused, knowing I couldn’t possibly imitate that voice, then echoed back in low, deep tone, “Me neither!”

The sounds that echoed through the canyon in those next few moments were unrepeatable, but I knew from their words that if I didn’t want that day to be my last day on earth, I’d better run … better run … run!