Who needed a headlamp? My pacer was lit.

I should have known something was awry when I spotted my pacer lounging at the Mile 30 aid station with a beer in his hand. … 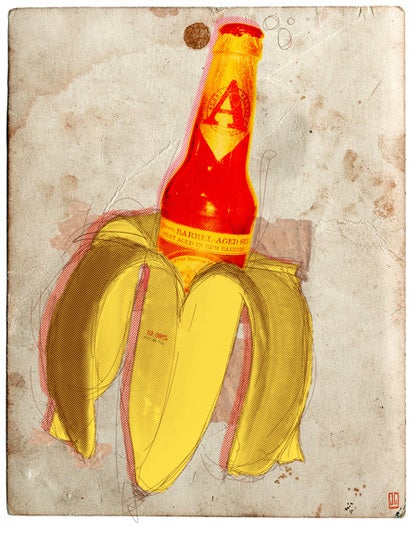 I should have known something was awry when I spotted my pacer lounging at the Mile 30 aid station with a beer in his hand. For purposes of this story, we’ll call the pacer John Barleycorn. At the time, I thought little of John’s revelry, since it would be several hours before he’d need to lace up his shoes and take me through 26 tough night-time miles.

“He’s just kicking back,” I thought.

Later, at 10 p.m., when I arrived at the aid station where we’d meet for his pacing shift, John laughed like a cartoon hyena, privy to a joke that only he knew. The punch line was hidden somewhere in a pile of empty beer cans. With headlamps on, we jogged into the chilly night. “Whooooo-oooooooo!” he howled like a fire engine, beginning with an all-out sprint, well ahead of me.

OK, it is my belief that alcohol and trail running can and do mix. Just last summer, I enjoyed an evening eight-miler with two pals, much enhanced afterwards by sitting on our warm car hoods, drinking Fat Tire while the day’s last rays danced against sandstone slabs, and talking smack (“How did you manage to puke BEFORE a race, Joe?”) and embellishing on the old days, when, of course, we were faster.

Often my reward the night after a particularly long weekend run is a chilled adult beverage. Truth is, if my favorite micro-brewery offered to sponsor me, I would have no conflicted feelings about accepting the offer, as well as a year’s worth of free product. (Please take note, Avery Brewing Company.)

Even the local trail-running group has a weekly Happy Hour Run that winds up at a restaurant that’s been granting a ridiculous bar discount to runners for several years.

Yes, we trail runners take care of our bodies, but what’s the fun of endless discipline if you don’t reward yourself, too?

The problem was, this pacer of mine had decided to reward himself before he ran any miles. And he evidently rewarded himself heavily.

As I balanced across a single-log bridge, John tried to do the same—a trailside sobriety test, if ever there was one. He failed, as his foot slid off and he tumbled into the rocks and water. Like a Wyoming cowboy being tossed from a bull, he stood and held up his arms, seemingly waiting for applause from his audience of one.

“I’ll write that down,” said John, reaching into a pocket and producing a pen and small notebook. “We need to write a story about this.” He had caught word that I was planning a recap of the race for Trail Runner and was eager to help with the fieldwork. His heart was in the right place, even as I expected the contents of his stomach to come hurling out any second.

Several hours later, we arrived at the Mile 66 aid station. Along the way, the indomitable John maintained his form and somehow did not sober up. He fell two more times, once nearly down a steep drop-off. He ran a half-mile ahead and out of sight, at the same time the batteries on my headlamp began to fizzle. John also lingered far behind for long stretches—why, I have no idea. I was running on an empty tank, and my pacer was simply tanked.

I had realized early on that I could not count on this sot for much more than occasional comic relief. Still, some companionship during the nighttime miles is better than none. So, my heart sank at the aid station when John said, “I’m pretty beat. I’m stopping here.”

I did what any trail runner would do. I shook his hand, took another bite of banana and continued up the singletrack. And, by the time I reached the top of the next climb, I had forgiven John. For we all have our demons and we are all works in progress. A trail run puts things in perspective, even if someone is seeing double.