We asked, and you spoke: here are some of our favorite New Year’s resolutions from our readers 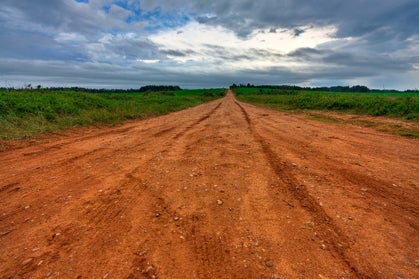 What are you looking forward to in the year ahead? Photo by Nicholas Raymond / Creative Commons 2.0

No two runners are alike, and so neither are their goals. Gaining fitness, rediscovering old form or completing a previously unthinkable challenge are among the many objectives that can run through a trail runner’s mind as the new year rolls around and we plan for what lies ahead.

We reached out to you — our readers — to see what your New Year’s Resolutions were for 2015. (In trail running, anyway.) They took many forms, and we have highlighted a few of our favorites. What are your goals for 2015 — and beyond?

Sarah Tesar, 31, of Gig Harbor, Washington, gave birth to her daughter eight months ago; before she was pregnant, she was regularly running 50K races and finished her first 50-miler. In 2015, she says, she hopes to bounce back to train for — and complete — the 50-mile race at The North Face Endurance Challenge San Francisco.

“As wonderful as motherhood is, it has been one of the most challenging things I have ever done,” Tesar says. “And not just because of the stereotypical sleepless nights and guilt at being away from your baby, but because I continue to struggle with a change in identity from trail runner and free to mommy and being needed.”

She says balancing her job, motherhood and training will be difficult.

“I have tried hard to give myself time and not put pressure on myself to bounce back too soon and miss these precious early months of my daughter’s life,” she says. “I am not scared of the 50-mile distance. I am most worried [about] how I will happily manage to balance my comeback, for me.”

2. Run farther than ever before — and find the courage to start

Perhaps the most common of all running goals: complete a race distance you have never before run. For trail runners in particular, this can mean a first ultra, or a longer ultra.

Running 50K or longer on challenging trails can be intimidating, especially doing it for the first time, when there are so many unknowns about how one’s body can handle running for a new personal-record distance or time. Second-guessing training is common: am I doing enough? Not enough? This can make it tough to even reach the start line.

After running for nearly ten years, Amanda Busher-Lane, 34, of Philadelphia, had worked her way up through a half-marathon, full marathon and, last year, a trail 50K. In 2015 she hopes to finish her first 50-miler — as well as find the courage to start.

“As with many people, I hate not fulfilling a goal, so the thought of standing at a starting line and not knowing whether or not I will make it to the finish is a very humbling one,” she says. “I’ve now run for enough years that I am aware that you are not always fully in control of your race — weather, an injury or other issues might pop up and keep you from finishing or reaching a time goal, no matter how well trained you are. That uncertainty is what makes it so exciting, but also a bit nerve-wracking too.”

Busher-Lane is, however, grateful for the resources she has — other runners and her family — and says they will give her good odds of showing up ready to tackle this newest challenge.

“I am fortunate that I have a wonderful support system,” she says. “My husband doesn’t run, but he understands my fascination with it, and he never questions my need for time for training. I’ve also been impressed by how wonderful the ultrarunning community is in general, and I’ve found a lot of support and encouragement online from some local trail running groups.”

Sometimes, without realizing it, we set a running goal that absolves us only of a symptom when something larger is missing from our running lives. Run more miles, run more often, find new races and trails — those are all nice, but they could be solved with something as basic as finding a trail running group with which to train.

Groups provide a wealth of information from veteran runners, to say nothing of camaraderie and extra accountability to show up before sunrise for a group run.

“I have a lot of difficulties [sic] to combine my studies and running sessions,” says Raphael Savelli, 25, who is from La Rochelle, France but is seeking his master’s degree in Norway. “I really want to take advantage of my stay in Norway to run in those amazing landscapes!”

So his resolution? Find a trail running group so he can take full advantage.

“I want to get motivation in this environment and in a group to discover a lot of places,” he says. “That’s why I want to get into a trail running association or to find a group of regular runners from Tromsø, [Norway].”

To find a trail running group near you, check out our Trail Club Finder.

4. Have a mega racing year

Our “ultimate challenge” depends a lot on who we are — our experience, our level of fitness, our perceived resilience. But the beauty of it is once we meet that challenge, we can push it further back, creating a new, even more extraordinary goal for which to reach.

For an increasing number of trail runners, running one 100-miler in a season is not enough of a challenge. Among them is Randy Kreill, 52, of Beavercreek, Ohio, whose goal in 2015 is to run three. (He has previously only completed one, in 2014.)

“The first and only 100-mile attempt was such a great experience, I’m now thinking … why not run three?” Kriell says. “This resolution idea is both exciting and a bit overwhelming, which feels about right.”

Running multiple races is cool, sure, but what about running them on consecutive days?

Back-to-back racing is getting more popular, with some runners participating in races of two separate distances at the same event. (One prominent example is the Squamish 50/50, a 50-mile followed by a 50K the next day.) Running the first event at a controlled-enough pace, and doing what you need to to recover sufficiently to run another race the next day presents a unique challenge beyond the usual highs and lows of race day.

David Wood, 36, of Manhattan, Kansas, is not only hoping to run challenging trail races on consecutive days in September 2015; he is adding the logistical challenge of running them in separate locations (albeit both in Kansas’ Flint Hills region): the Race-the-Chase 50K in Cottonwood Falls followed by the Konquer the Konza 25K in Manhattan.

“I decided to challenge myself this year, and since the running conditions are the same for both races, I thought it would be a great couple of races to pair and a way to see more of the Flint Hills,” says Wood.

Adding to the challenge: Wood has not ever completed a 50K, let alone one immediately prior to another challenging race. (He hopes to finish his first in May.)

If you’re competitive — or a runner of any sort who tracks your progress over time (hint: that’s most of us) — it’s easy to get caught up in a cycle of constantly pushing to go further and faster, and to get frustrated when we don’t always get the results we want.

But sometimes, we have to keep things in perspective. Trail running is a great way to push and challenge yourself, sure, but it can also be an escape from the daily grind, or a place to find peace.

“My resolution for 2015 is to stop beating myself up to run farther and faster and be present where I am and not forget that joy,” says Atania Gilmore, 57, who has excellent state park trail access out her back door in Spokane, Washington.

When Gilmore started running four years ago, she had strict race and fitness goals and a precise training regimen. But after leaving her high-stress job for other endeavors, she says her perspective on running, and the role it plays in her life, has shifted.

“With few time restrictions right now, I have the luxury to run however long and whatever pace I feel like,” she says. “Rather than following known paths, I find myself looking for new trails and following them to see where they will lead, without rushing or concern for how far I may go.”

Have a running resolution not covered here? Tell us about it in the comments or on Facebook or Twitter!