This fall, the 2014 Trail Running Film Fest brings cinematic celebrations of trail culture to theaters across the U.S. 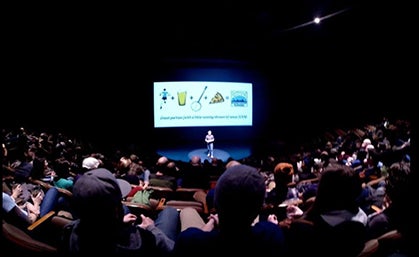 Photo by Glenn Tachiyama from the Northwest Tour.

With trails icing over and the racing season wrapping up in many places, there’s one more excuse to get together with your running buddies for brews and epic mountain scenery—all in the comfort of a warm theater.

From world class filmmakers to the best works made by weekend warriors, these films celebrate the people, places and events that make trail-running culture what it is. In the words of the festival’s organizer, James Varner, they are “all killer, no filler!” Jason Schlarb exploring trails in Patagonia. Darcy Piceu (formerly Africa) training for and running the Hardrock 100. Rob Krar speaking out about his depression. Alaska’s brutal Mount Marathon. Appalachia’s notorious Barkley Marathons. And plenty more.

So, if you’re a trail runner who likes beer and good company, check out the lineup of locations hosting the nationwide fest. (And consider reserving tickets in advance: over 200 people showed up for the tour’s premiere.)

For a teaser of what to expect at the festival, here are a few previews:

The Barkley Marathons: The Race That Eats its Young
Timothy Kane and Annika Iltis
{youtube}6edy2lQGzXk|380|281{/youtube}
The famously brutal race in the woods of Tennessee that only 10 people have finished. Ever.

WATCH: “Rural Runners” Is A Hopeful Film About Campaign Trails and Mountain Trails