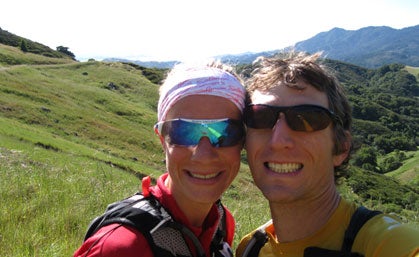 Last summer, many members of the greater running community found their blog reels and Facebook news feeds flooded with links to a certain Kickstarter campaign—that of accomplished runners Devon Yanko (formerly Crosby-Helms) and Nathan Yanko, attempting to raise $30,000 to start their own café and bakery, M.H. Bread & Butter, in San Anselmo, California.

Kickstarter is a “crowd-funding” website that allows entrepreneurs to raise financial pledges for a business project in exchange for offering backers one-time rewards—in the Yankos’ case, perks like free cookies, private baking lessons or an invitation to a trail-running tour of Mount Tam with Devon and Nathan, followed by a private brunch at the café.

The Yankos’ idea to open a café and bakery stemmed from their desire to “nourish the community through honest food,” sourcing ingredients locally and providing a community hub for people to gather and relax. Nathan, an ultrarunner with podium finishes at HURT 100-miler, Headlands 100-miler and Lake Sonoma 50-miler, worked at San Francisco’s famed Tartine Bakery for eight years. Devon, a three-time member of Team USA at the 100K Championships, operates her own personal chef business, Fast Foodie.

After spreading the word through social media and the blogosphere, and with the financial contributions of 225 backers, the Yankos raised $33,111. Says Nathan, “The outpour of support was amazing. We were getting donations from all over the place and from people we had only met once at a random run or race.”

Though their supporters came from all walks of life, the list of financial backers reads like a veritable who’s who in the world of trail running, ranging from fellow pro athletes to everyday runners, running-related filmmakers and podcast hosts, race directors and running-store owners across the country.

Sam Fiandaca, race director at Brazen Racing in the Bay Area, says he doesn’t know the Yankos personally, but met Nathan once at a race. They were running even with each other when Fiandaca slipped on a steep, muddy embankment. Though he could have gotten up on his own, Nathan insisted on stopping to help him up. Says Fiandaca, “I guess I owed him!” He adds, “I’ve been self-employed and part of small businesses many times, so I know how expensive it is.”

Maylon Hanold, a Seattle-area trail runner and professor in the Sports Administration and Leadership program at Seattle University, learned of the Kickstarter campaign after stumbling on Devon’s blog during a research project, and was motivated to donate because of the ultrarunning connection. Says Hanold, “In this day and age of poor food choices and fast food, [I wanted to support] people with a healthy vision about food. Plus, M.H. are my initials—how cool is it to donate and get a mug with M.H. Bread and Butter on it?!“

M.H. Bread and Butter is slated to open this spring. 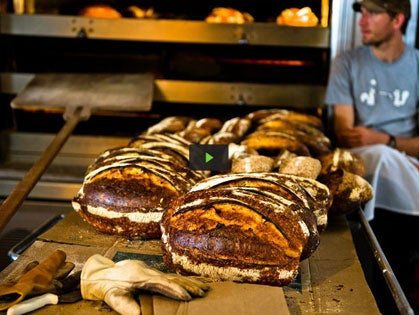 Click here to see a video about the Yankos’ vision for the bakery and café.

Q: Other than direct financial contributions, what kind of support did you receive from the running community?
A: We have received all types of support, from design help to connections with local farmers. One of the biggest things people in the running community have done is allowed us to ramble on about our ideas and vision, helping us refine our recipes and concepts.

Q: How has launching your own business affected your training and racing?
A: Honestly, not as much as we were expecting—although we are still only in the beginning phase of our business. Devon and I have some of our most productive “meetings” while out on the trails. Our racing schedule has become a little more local than in past years, though.

Q: What races do you have on the horizon?
A: We are both heading to Washington for Chuckanut [50K] this weekend, then I have Lake Sonoma followed by Miwok. Devon has Lake Sonoma, Bear Mountain and some other TNF [The North Face] races.

Q: What does the “M.H.” stand for?
A: Maximilian Hirtreiter. He is my great great grandfather who owned a patisserie in Manhattan.

Q: What advice do you have for others with a big dream like yours?
A: Don’t start something you aren’t 100-percent sure you will finish. 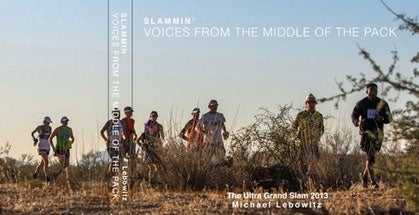 Want to support the creative dream of another member in our community? Be sure to take a look at race photographer Michael Lebowitz’s Kickstarter campaign, “Slammin’: Voices from the Middle of the Pack—Grand Slam 2013”, a coffee table book packed with stunning images that will chronicle the stories of 24 runners taking on the Grand Slam of Ultrarunning this year: four of the nation’s oldest 100-mile races—Western States, Vermont, Leadville Trail and Wasatch Front—over a period of 10 weeks. Says Lebowitz, “My job is to bear witness, to tell the story, to paint images on the wall of metaphorical caves, this generation’s social media.”

Check out his campaign here.