Editors’ choice: April Symposium on the commercialization of trail running 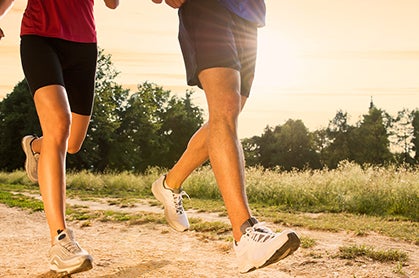 Editors’ Note: This piece originally appeared at Health Lush and was our top pick among entries into the April Trail Runner Blog Symposium: Is trail running becoming too commercialized? View other highlights here.

There’s something about running on a trail, whether in the woods, mountains or desert, that can’t be compared to the road. Maybe it’s the monotonous “out and back” on flat pavement that doesn’t do it for me. Or, living in an urban city, maybe it’s the smell of gasoline fumes from the cars driving by on the street. Neither of those exist when I’m on trail. Actually, as far as I’m concerned, nothing exists but myself and nature when I’m on trail.

I was recently asked, “Is trail running becoming too commercialized?” I thought about it for a second … the sponsors, the “mud races,” the abundance of trail running gear in stores nowadays. With all that in mind, my answer was still, “No.”

To say that trail running has become commercialized is to forget what the activity is all about. Trail runners are a different breed of people. We thrive off camaraderie and friendships. We like to share stories after a run, we trade “battle scars,” and we challenge each other constantly. We crack beers together at the finish line and we cheers to our accomplishments. Those who have not tried trail running before are welcome to join. We want to share the experiences with you as well. Just a warning, initiation can get a little dirty! Sorry.

Commercialization would be the unfortunate takeover of a small business which involved the over saturation of advertising. In other words, the big boys on the block are bullying the little guys and taking their lunch money. Trail running has gained popularity; this does not mean we have lost our roots. Whether the event is sponsored by Michelob, or is run by a small entity such as NJ Trail Series, I know that my group of runners will be there. Whether in the hundreds, or by the dozen, we will run and we will conquer the trails together.

The trails are paths that were traveled once before, and will be traveled by thousands going forward. The same way I would want to share a beer with my fellow runners, I want to share the trails. I mention beer because a similar wave of popularity has also hit the craft beer industry. Many fans of good craft beer may be afraid of their favorite brewery “going commercial.”  But, at the end of the day, the product is what matters most whether it be trail or beer. We should embrace the boom in popularity and see it as more people to share the good times with. Although I can enjoy both on my own, (and have been known to do so!) running and beer are meant to be shared with others.

To say that it has been commercialized would also take away from the efforts of magazines and runners who have pressed on to promote the topic. The hard work that people like myself have put in to increase the numbers would be pointless if we wanted to keep this “dirty little secret” to ourselves. Finding information on the topic was once very difficult, compared to now where there are blogs and forums dedicated to helping one another and spreading the word. Even companies such as The North Face are now sponsors of some of the most challenging trail courses in the country. The activity is really starting to flourish and it’s great to be a part of it.

I think that trail running is right where it needs to be right now. It’s not too watered down (unless you fall in a puddle … ) and it’s not too hard to find races and groups to join. With slightly bigger sponsors come more safely guarded courses, larger prizes and more people to meet. During smaller events, the experience can be more intimate with less crowds.

The balance is nice and either option is currently available depending on your preference. With that being said, look into supporting and maybe even joining your local trail group. Find an upcoming sponsored trail race that you would like to run and make it happen!  Either way, don’t forget that trail running has one major requirement … to get out and have fun!

Joe Granat is an avid runner, health writer and beer enthusiast. He also enjoys pouring his green smoothies into stolen pint glasses. Follow his antics on the blog HealthLush and Twitter.