The author steps on trails after a four-month hiatus and walks away with a new perspective. 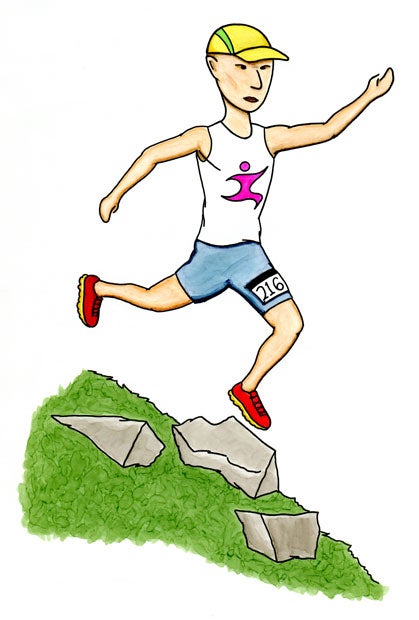 Despite having not stepped foot on a trail in a few months, recent life events had me suddenly craving an off-road event. So, in the middle of the week, I did the only thing that makes sense for a trail runner to do: I started searching for a race. From that search I saw a 5K/10K trail race in middle Tennessee named Run for Ella. Intrigued, I visited the race event page to see what it was about. I explored other races for a while longer but I kept coming back to that one until I finally clicked the “register” icon for the 10K. And, I’m glad I did

Now, you might be wondering who Ella is, and why people would want to run a 10K on a trail to help raise money for her and her family?

Well, in 2009, when Ella was six years old, she was standing between two parked vehicles at an event when a truck lost  control, and, veering in her direction, struck one of the vehicles causing her to be crushed between the two. Consequently, Ella sustained a broken arm, broken ribs, a lacerated arm, a broken collar bone, a ruptured spleen and burst and collapsed lower lungs on top of brain damage due to oxygen deprivation and vision problems, which she still experiences today.

Ella was quickly airlifted to the Children’s Hospital at Tennessee’s Vanderbilt University where emergency room doctors were unsure if she would survive. When the helicopter had prepared for lift off before heading to the hospital, her mother was instructed to say something to Ella, in case she did not live. I can imagine a mother, hearing this, might want to bore her way to the center of the earth’s iron-nickle core and scream so loudly that every fault line around the globe shattered.

Thankfully though, Ella survived, and this race was created to assist the family with medical costs both then and now. As the years have passed the family has kept the annual race alive and now, raises money for other families whose children have been involved in life-changing accidents like Ella’s.

The race was held in Fayetteville, Tennessee, and the hub of pre- and post-race activity was a beautiful two story, grey, wooden barn on a small patch of horse farm. Behind the barn was a modest fenced area with horses and a couple of mules grazing on lush grass and pausing to watch the crowd of runners. In front of the barn was an area to train the horses with a few horse jumps, a round pen and even a fire pit for warming the riders in the cooler months. The grass was a thick and water-spotted green, with cool air to take in and an overcast sky above.

The race directors said the first 5K would be fairly easy terrain and then a lot of uphill after the 5K/10K split off. My plan was to start off conservatively and save the majority of my energy for that second half. After all, it had been nearly four months since I had run on trails.

We lined up for the race rather casually. A family and a young girl stood to my left, and, after one of the race volunteers suggested that Ella vocally give the starting sound over the PA system, I learned who Ella was. She gave the “3 … 2 … 1” call to start and then joined the crowd to run the 5K. She looked completely recovered at glance; full of energy as most any kid would be.

I stuck to my race plan and took off at a casual clip, finding myself near Ella. After a couple hundred yards I could see a bit of what little things in daily life might still affect her and the family, as she was wholly out of breath. When she slowed down to a walk, audibly breathing heavy, I felt humbled that I was still breathing so easily. … I hope to never complain about breathing hard on a run again.

As I continued on, we parted ways. The first 5K was just as it had been described: flowing landscape and lots of people. I practiced going up the hills with restraint and then descending with some speed. After the 5K/10K split the number of runners fell off substantially, leaving me to run by myself with the terrain changing into long lasting uphills followed by short downhills that didn’t allow for much recovery time.

Rounding the corner for the last several hundred yards to the finish I pushed for a final kick and crossed the line, satisfied. I spotted an older lady and asked her to use my camera to take a picture of me near the finish. Ella peered around the woman’s side. This was Ella’s grandmother. I spoke to them both briefly and Ella wanted to take one of the pictures as she enjoyed using cameras. I could tell she was having a hard time seeing through the lens, but even so, she did a great job taking the picture. I shook her hand and made sure she knew I was happy that I had come to run for her.

There are events in life where you learn valuable lessons, when you leave with more than you arrived with, which was the case with Run For Ella. What better way to learn a lesson than while running through the woods? I had no idea that in just a couple of days I would have that much fun, meet so many nice people, be  inspired, humbled and ready for, well, more.