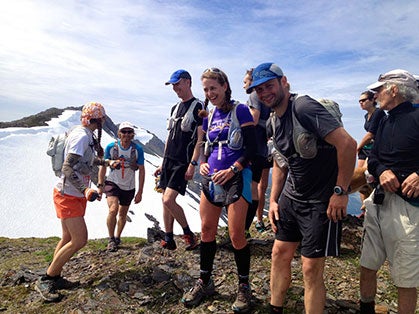 Good times at Geoff Roes’s 2012 Alaska Mountain Ultrarunning Camp. Roes is second from the left, approaching the group; the author is in the purple shirt. Photo by Sarah Lavender Smith.

Three summers ago, for one blissful week, I woke up in a bunk bed in a log cabin outside of Juneau, Alaska, with about a dozen other trail runners. Together, we headed out to run up snow-streaked mountainsides led by champion ultrarunner and Juneau local Geoff Roes.

Going to a grownups’ camp for trail running felt deliciously indulgent and inspirational, like the runner’s version of a spa vacation. I gained experience, made friends, ran double-digit miles daily and learned a lot.

Back then, you could count on one hand the number of notable summertime trail-running camps coached by elite-level runners. But Roes and other pioneers must have sparked a trend. Now it’s hard to keep track of all the camps and retreats vying for trail runners’ time and money. Many feature top-level coaches, and some combine running with yoga or other wellness workshops.

Here’s a list of nine camps and retreats this spring and summer that caught Trail Runner’s attention. Keep in mind that prices and availability are subject to change, so check each camp’s site for the latest info on the cost and whether spots remain open.

Cost: $300 (accommodation and meals not included)

If you have a hot race on your calendar—and by hot, I mean baking heat or stifling humidity—then this is an ideal camp to learn how to handle the weather as well as improve many facets of your long-distance running.

Veteran ultrarunner and coach Lisa Smith-Batchen is the past champion of the Marathon des Sables, a six-day stage race in the Sahara Desert, and the Badwater 135, a midsummer race through Death Valley, and last year ran the “Badwater Quad” (584 miles) for charity. She will be joined by two other ultrarunners who also have raced Badwater: Bob Becker, race director of Florida’s Keys 100 events, and Grant Maughan, a top finisher at several extreme ultras.

The camp includes daily training runs, gait analysis, classroom-style sessions, cross training, troubleshooting and more. Smith-Batchen says she plans to schedule additional two-to-three-day camps for later in the year. “The idea is to make them educational, for all levels, and affordable,” she says.

Related: Train in the heat to perform better in all temps 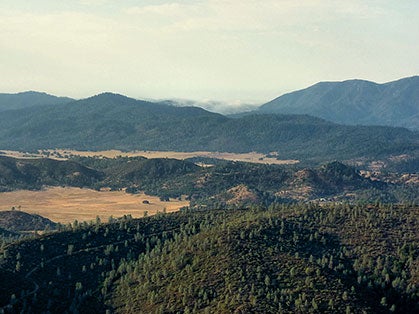 On tap for this weekend in late April: Two trail runs of 6 to 8 miles with Magdalena Boulet, Olympic marathoner and winner of the 2014 North Face Endurance Challenge 50-Mile Championship; group coaching discussions; four runner-specific yoga sessions; and wine tasting and R&R at a Napa Valley resort. This is quite possibly the prettiest time of year in California’s wine country, when hillsides are green and flecked with wildflowers. 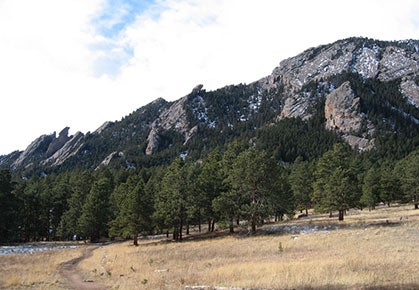 On his blog, 2013 Western States 100 champion Tim Olson writes about nurturing a practice of mindfulness—that is, of being fully immersed in the present—and how it has benefited him athletically as well as in daily life. To help others develop and reap the benefits of mindfulness, Olson is hosting two retreats in Boulder this summer.

“I want to help you take that peace and serenity from the trails, and mold that feeling into each moment of your daily life,” he writes.

These two retreats will focus on running and hiking in the present moment and connecting to nature, as well as topics such as mediation, mindful eating and “accepting pain and transmuting it into presence.” Check back with his site for an announcement on the cost and additional details. 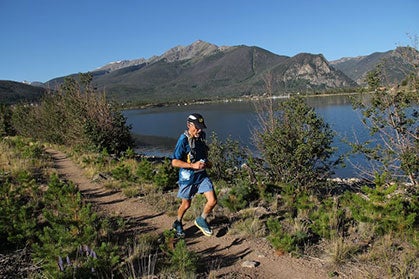 When: July 6–10 and August 31–September 4 (plus possible June session)

Looking for high-altitude training? This camp in the Rockies is for you. Most of its organized runs will be at elevations of 9,600 to 14,000 feet.

The July camp takes place right before the start of the Hardrock Hundred Mile Endurance Run, in Colorado’s San Juan Range, and is intended to help acclimate anyone who might be participating as a volunteer or pacer in that event. The late-summer camp is timed to coincide with the Breck Crest Mountain Marathon.

“Every session at Breckenridge Running Camp backs up to a great mountain race for a reason,” states the camp’s website. “The camp is designed to help people prepare mentally and physically to improve as runners. The races offered after the camp sessions are a great opportunity for runners to challenge themselves in a race, use the skills acquired, or just have fun in really cool events.”

Matt Flaherty, winner of the 2013 USATF 50 Mile National Championship, will guest coach the July session, and the special coach for the August session will be announced soon. The camps are organized by the local running store Vertical Runner Breckenridge and directed by Breckenridge ultrarunner Mike Ambrose. 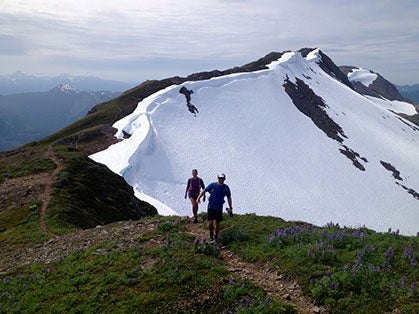 Roes, the 2010 Western States 100 champion and Ultrarunning magazine’s Ultrarunner of the Year in 2009 and 2010, founded his camp with the goal that each participant will feel “that they have gained new perspectives and new tools that they can use to become stronger runners.” It’s intended for experienced trail runners who are in shape upon arrival; you don’t have to be fast, but you will need a decent endurance base (see site for details).

Having experienced this camp myself, I can testify that it’s in a stunningly beautiful location, with excellent home-cooked food as well, and it gave me the confidence and endurance to tackle a challenging ultra later that season. 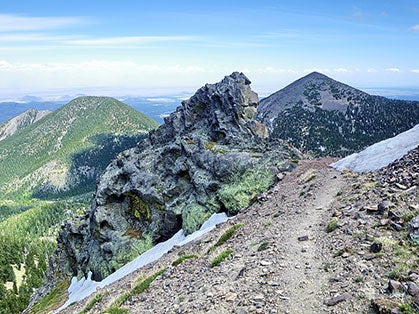 Runners at the Rob Krar Ultra Camp will explore the San Francisco Peaks and other Flagstaff-area highlights with the talented ultrarunner. Photo by Flickr user Al_HikesAZ/Creative Commons 2.0.

New this year, Rob Krar’s camp looks to be a trail runner’s dream tour of the running mecca that is Flagstaff. Krar, who won the 2014 Western States 100, will be joined by fellow 2014 Western champ Stephanie Howe and elite ultrarunners Ian Torrence and Andy-Jones Wilkins. Howe, a Ph.D. candidate in nutrition and exercise physiology, will also speak on diet.

Krar says the camp is open to a variety of skill levels, but runners should be healthy and in good shape, with at least some experience training for and racing longer-distance events.

Krar and his wife Christina are eager to welcome runners to their home of Flagstaff. “From the high-alpine trails of the San Francisco Peaks to the rolling red rocks of Sedona and the majesty of the Grand Canyon, our little piece of paradise offers so much to explore,” says Krar. “Add to that inspiring special guests, great educational workshops and some of the best food Flag has to offer, and it’s certain to be an unforgettable week for everyone.” 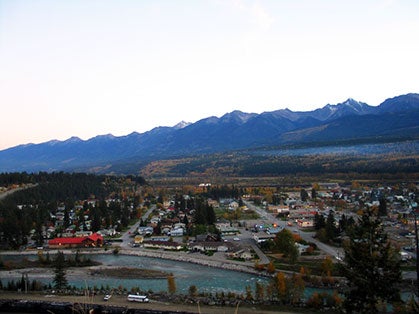 “Become the healthiest runner you know” is the tagline of this retreat, led by Elinor Fish, a former associate editor at Trail Runner who specializes in mindful running and wellness.

This four-day retreat, open to men, women and couples, features runs with Fish on trails that form the course of September’s Golden Ultra stage race, plus deluxe accommodations, yoga and nutritious meals.

“We also explore what running means to you and how it fits into the rest of your life,” says Fish. “Going beyond the mechanics of running form and training concepts, we discuss how running reduces life stress, and what this means for longevity in the sport.” 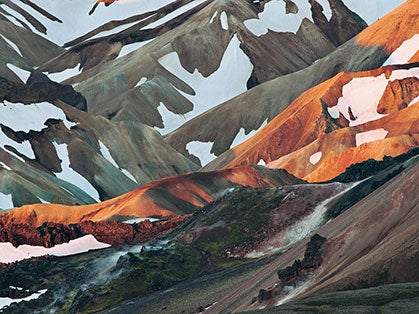 Where: Various locations in Iceland, starting from Reykjavik

As if running seven to ten miles daily through Iceland’s stunning national parks weren’t enough of a draw, this six-day trail-running retreat for women will coach participants in myriad aspects of healthy running and wellness.

“We’ll run through a diverse landscape of black lava fields, past steaming geysers, volcanoes, rhyolite mountains and much more,” says Fish. “After our runs, we’ll soak in geothermal hot springs and restore our bodies with gentle yoga, step outside the busy-ness of everyday life and share the trails with other adventurous, like-minded women.” 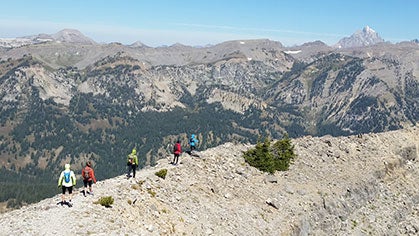 Eric Orton, an experienced mountain runner and author who coached Born to Run author Christopher McDougall, named his camp after the title of his own running book, The Cool Impossible. His camps take place at Jackson Hole Mountain Resort near the Tetons.

“With lift service at the resort, we can access alpine terrain that allows runners to run at their own level of ability and to experience true mountain running,” says Orton. “This not only allows runners to hone their trail skills, but also allows me to provide individual attention within an inspiring and encouraging group environment.”

Orton focuses on building trail skills, running-specific strength techniques and “providing campers with the confidence to run and race beyond their self-imposed limits,” he says.

The August camp is specifically designed for runners of all abilities who are looking to gain the skills and foundation to tackle their first marathon; the September camp is geared more toward those who want to graduate to ultramarathons.

On tap for fall:

Sarah Lavender Smith is a Contributing Editor at Trail Runner magazine who coaches and runs in the San Francisco Bay Area.