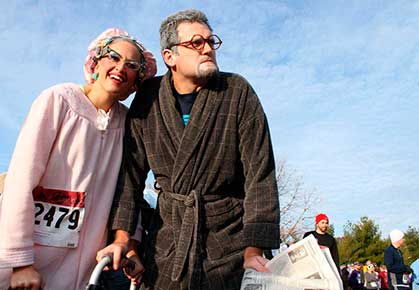 Brian O’Leary and sister Rachelle O’Leary, both of Des Moines, IA, compete as old people in the Living History Farms Off Road Race in November, 2012. Yes, that walker and cane were drug along for the entire seven miles! 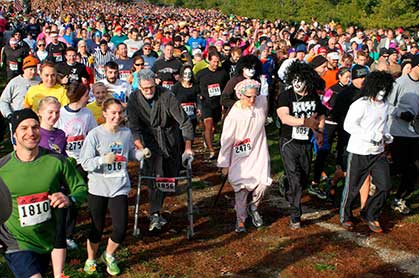 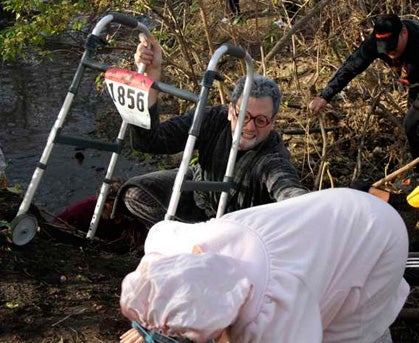 Mud’s not slowing anyone down here. 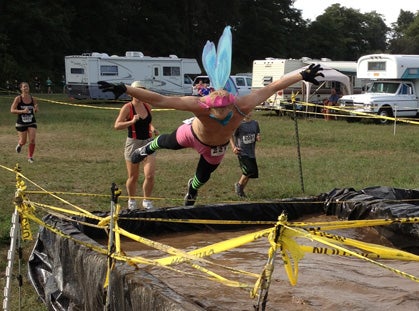 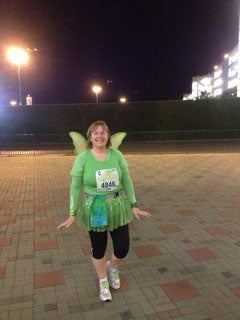 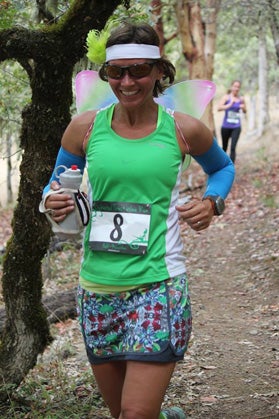 Costumes sure to make you break a sweat 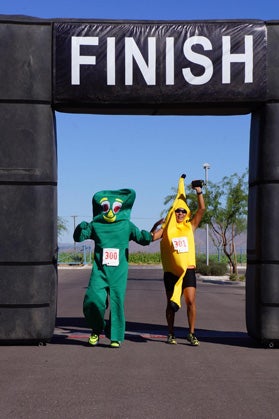 Half marathon as Gumby and banana in Salt River, AZ. Photo submitted by Janis Zahne. 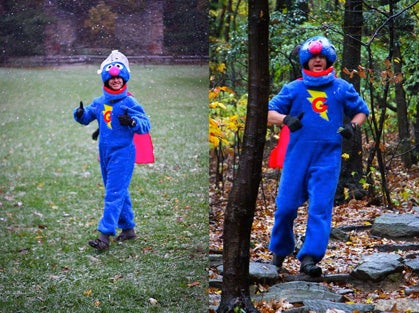 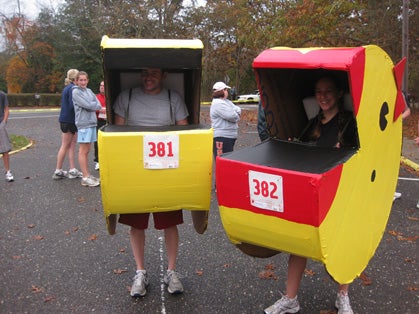 It’s all about the hair. 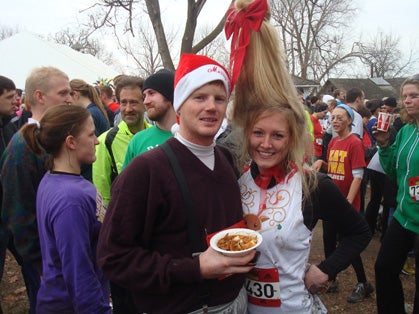 Stephanie Petersen sports her Cindy Lou Who costume at the Living History Farms 7-mile race in Urbandale, IA. Says Petersen, “Right after this race, I donated my hair for the third time … and it grew back in time to do it all over again last year.” Photo by Jane and Drew Hagen. 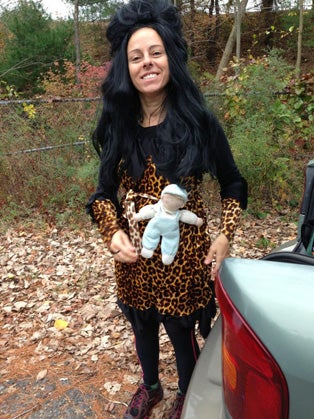 Racing as Snookie and her baby. 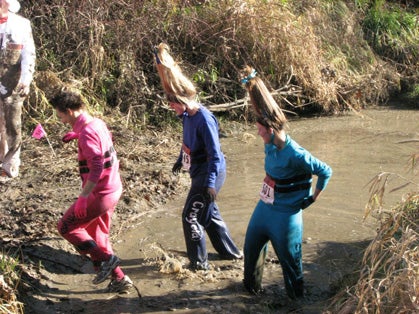 Living History Farm run … seven miles through fields, creeks, trees and muddy embankments. The three crayons braved all these elements to run together in November in Iowa. Photo submitted by J Hagen.

It’s more fun with a team. 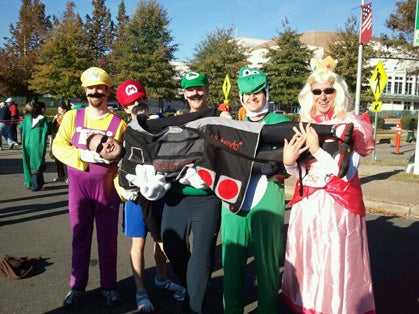 A group from a Halloween race last year all done up like Mario Bros characters complete with a homemade vintage controller costume. Photo submitted by Chris Baldridge. 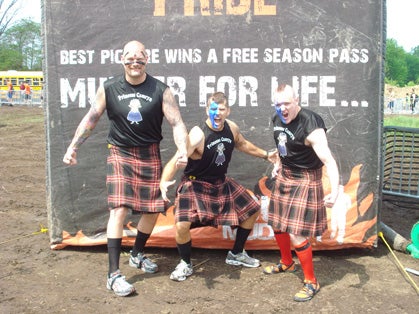 Photo from a Tough Mudder event, submitted by Jason Mason. 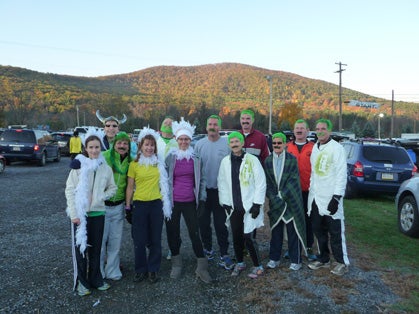 Relay teams ‘3 Chicks and a Yak’ and ‘Avocados’ prior to the start of the Tussey mOUnTaiNBACK 50-miler. 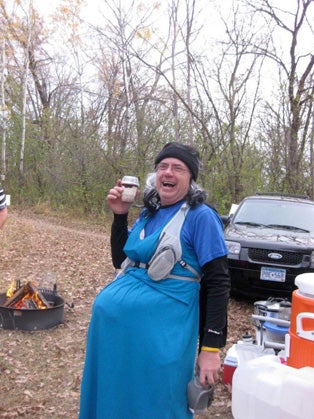 Rick Bothwell at the Surf the Murph 50 miler in Savage, MN–reaching his goal of running 1000 race miles to celebrate his 50th birthday. His running friends made sure he had a hot fudge sundae at one of the aid stations. Says Bothwell, “It was a great day to “labor” around the course but I had a great “push” at the end!” Photo by Lisa Messerer. 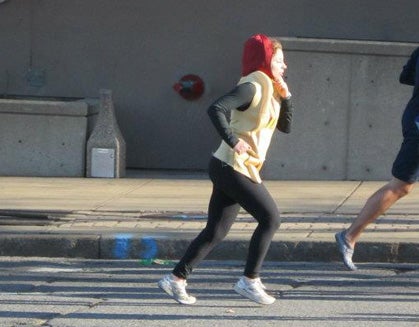 Running as “fast food” at a 2011 Turkey Trot in Cleveland, Ohio. Photo by Kent Vasko, submitted by Megan E. Orosz. 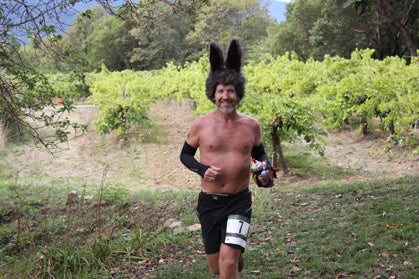 Superheroes spotted on the run! 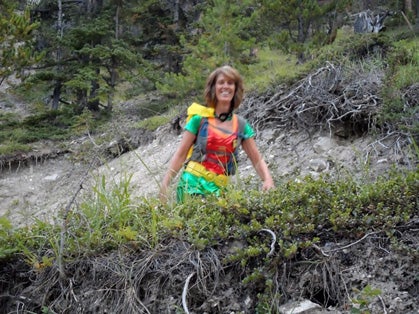 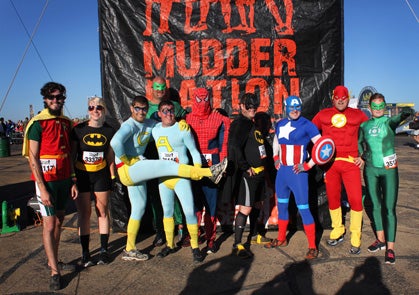 A team of superheroes at a Tough Mudder event. Photo submitted by Jason Mason. 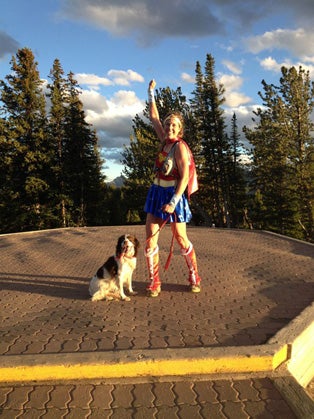 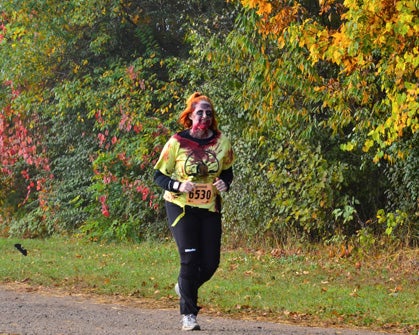