A trail relay that will likely change your life

Eight years ago, I received a piece of clever marketing in the mail: a postcard with two scratch-and-sniff vans—one that smelled like flowers, one that smelled like dirty socks—and a dotted line labeled “187 miles” connecting the two. It was my introduction to the series of overnight running relays that is Ragnar.

In 2010, all Ragnar relays were on roads, with 12-person teams divvied up over two vans, taking turns leapfrogging runners to the finish over 36 segments (3 per runner).

Three years later, Ragnar would expand their series to include trail relays in a modified format—sans vans, but plus camping, bonfires and music; more on that later—but stick with me in 2010 for a moment.

At the time the Ragnar postcard turned up in my mailbox, I’d never run at night before; I’d never run anything but standard, run-of-the-mill road races; I’d never even really run with other people. I’d picked up running when I was an angsty 15-year-old in need of an emotional outlet. It was a hobby I’d come to love dearly, but I considered it a solitary one.

And yet, I was fascinated by the idea that running could not only be therapeutic, but also fun—a party with friends, replete with silly costumes, stinky socks and plenty of snacks. I brought the postcard to work—at the time, I slung shoeboxes in the footwear department at the Seattle REI—and pinned it up on our employee board with an open invite. Within a week, 11 friends and coworkers had agreed to join my fledgling Ragnar team.

I’ll never forget the brilliant pink glow of sunrise as we cheered on our teammate, Elodie, during the Northwest Passage relay in the Puget Sound of Washington State. Her relay leg entailed running across the Deception Pass Bridge, which spans a dramatic seascape of roiling eddies, whirlpools and waves crashing up against the craggy, forest-laden shores of Whidbey and Fidalgo Islands.

“I can’t believe this is real!” she cried out as we cheered her across the bridge. 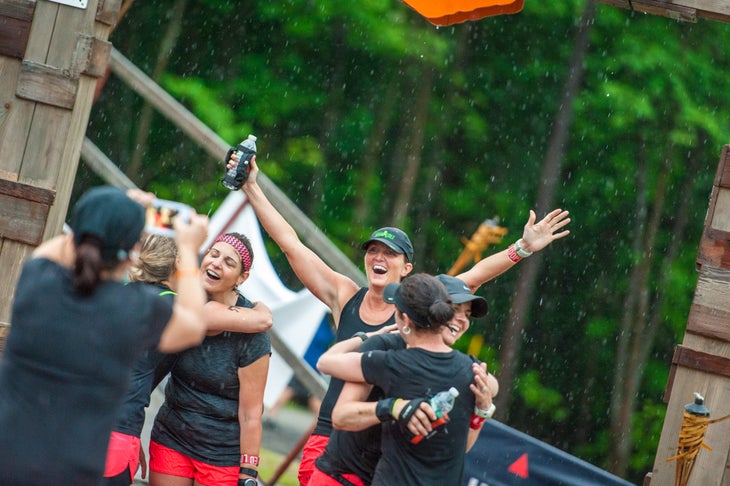 The “Burning Man of Trail-Running Events”

It wasn’t long before Ragnar figured out that they could take the same concept—a bunch of friends coming together to achieve something greater than what would be possible to do alone—and apply it to the trails.

Steve Aderholt, now a VP of Operations at Ragnar, started the Trail Relays in 2013 with a vision of them being the “Burning Man of trail running events.” He’d grown bored of running on roads. “After several years of marathons and triathlons I became tired of the training plans, heart rate monitors, etc. I didn’t know it at the time but I wanted a more real connection to running and to nature.”

And that’s just what Ragnar Trail now strives to give runners who, like Aderholt once upon a time, might not even know what they’re missing out on.

“We try to provide this kind of escapist mentality from everyday reality to reset yourself and go back to everyday life with a little more settled mind,” said Alex Docta, a Senior Trail Director at Ragnar. 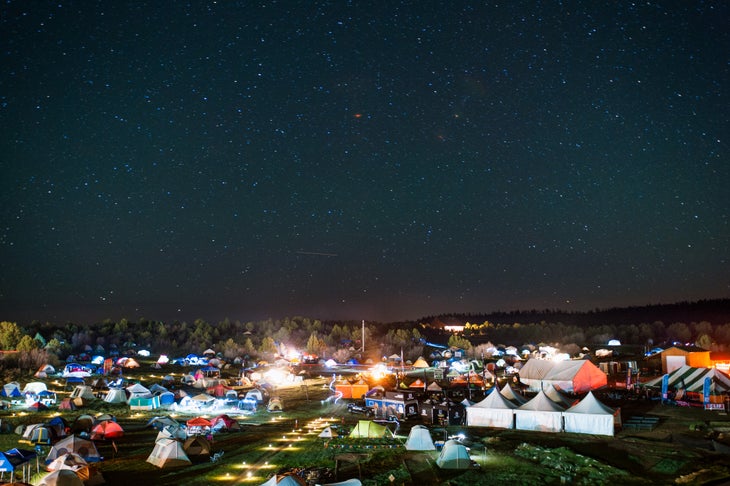 Ragnar Trail Relays invite teams of eight runners (or four for “ultra” teams). Every relay features three loops of varying difficulty, with every runner tackling each loop once over the course of 24-36 hours—which means that, just like the road relays, every runner is guaranteed at least one nighttime run.

About half of Ragnar Trail participants have never run on trails before, and especially not on trails at night.

“Taking people who haven’t been exposed to trail culture and giving them that experience—that’s one of the things that motivates me to put on good events,” says Docta, himself a seasoned ultrarunner. “It can be inspiring to watch the skyline go from black, to purple and to pink as the sun rises on a new day—but to be out running a ridge line while it happens can take that moment from inspiring to life-changing.”

Between loops, runners camp out at a makeshift Ragnar Village—essentially a giant tent city out in the woods, heavy on music, food and festival vibes.

Additionally the 100% cup-less events are focused heavily on environmental sustainability, partnering with Leave No Trace to educate runners on good trail stewardship and sustainable camping practices. Ragnar also partners with local trail organizations at some of their events to incorporate optional trail-work volunteer days before or after the race. 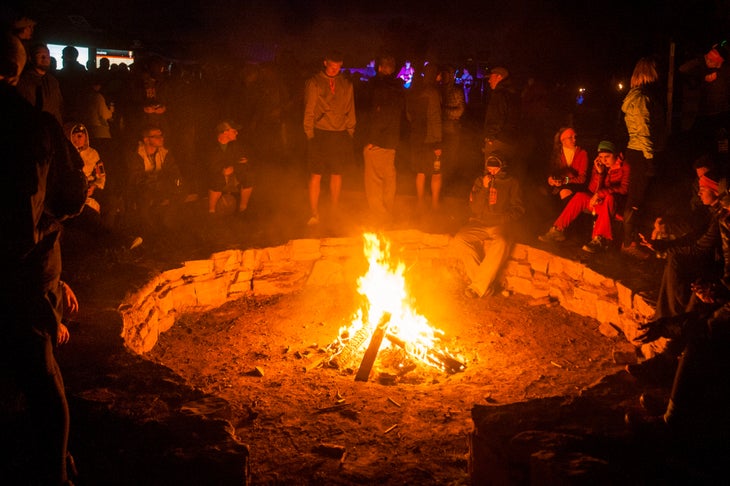 After our team completed our first Ragnar, I wrote on my blog, “Until you’ve done an overnight relay, you cannot fathom how immense the pleasure of guzzling Gatorade at 3 a.m. and shoving your face into a super-size bag of potato chips, having just finished running for an hour to the tune of a bobbing headlamp and the cheers of all your loony, sleep-deprived friends.”

The year I first ran Ragnar was the year I stopped thinking of running as an inherently solitary pursuit. Since then, I’ve founded multiple trail-running groups in different places I’ve lived to help share the trail gospel, and “party-style” trail races and group runs in the mountains have become my bread and butter. (Heck, I even met my fiancé at a fatass-style trail run.)

And evidence would suggest this isn’t uncommon. According to Docta, an impressive number of Ragnarians have met the loves of their lives at a Ragnar Relay. Many teams come back year after year. Some runners have even gone so far as to have gotten Ragnar tattoos on their bodies.

“We’ve had runners get married at our races, and runners battling everything from a bruised ego, to a twisted ankle, to breast cancer at our events,” says Docta. “But the one thing that surrounds all of those experiences is their teammates’ support, admiration and encouragement as everyone communally works through those tough times and quite literally, the dark hours.” 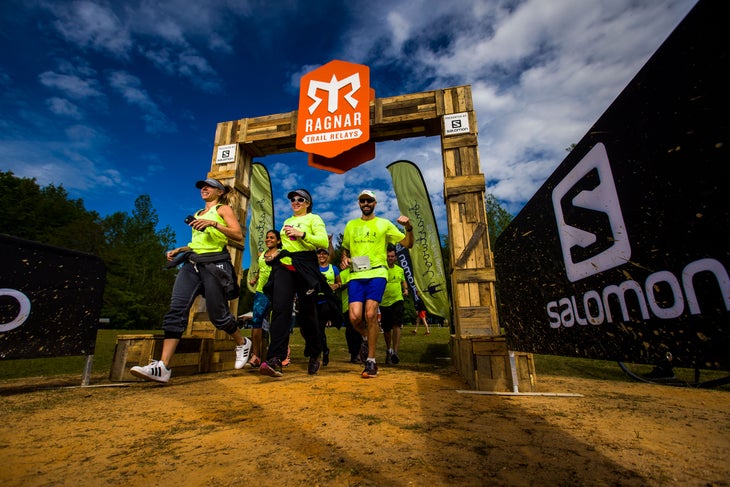 Our team went on to run relays together annually for years to come. Nearly a decade later, many of my original Ragnar teammates remain some of the closest, dearest friends I’ve made in my adult life. And both of the couples on our team that first year went on to get married and start families—so I think it’s safe to say a lot of us bonded hard over those sunrises, sweaty miles and midnight-potato-chip-eating frenzies.

—Yitka Winn lives in the Pacific Northwest, and is a freelance writer and devoted trail runner.