The Midwest is calling and I must go 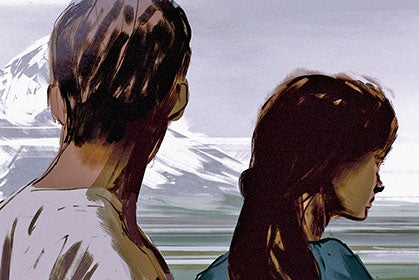 Liz and I were sitting at a bar with Charlie, sipping beers and lamenting that our time in San Francisco would soon end. The question I had just answered—erroneously—was where we were moving.

I shrugged my shoulders, as I knew almost nothing about either one. Nor the rest of the Midwest, for that matter. What little I knew about the vast area west of the East Coast and east of the Rockies, I’d learned from The Wizard of Oz and Fargo. I also knew they grew food, made beer and treated football as a religion.

And by all accounts, I was fairly confident that the predominant geographical feature was, to me—born and raised in the heart of the Rocky Mountains—the most offensive four-letter word in my vocabulary:

Having made a few friends in our time in the Bay Area and gained a love for Northern California trails, I was grudgingly following my girlfriend across the country as she pursued a Master of Fine Art. Following her to what appeared to be the geographical center of flatness.

“John Muir’s from there,” Charlie said. “Can’t be all bad. Anyway, it’s only for two years.”

“It’s a three-year program,” I said. Liz looked away.

Over the final few weeks, she and I packed up our belongings and ran trails that I’d grown to know well over the three years we’d spent in the City by the Bay. Occasionally, I would sit in front of the computer to investigate the state of Wisconsin. There is little negative to be found about America’s Dairyland state. Madison was voted the number-one place to live in America by Money magazine in 1996. It has been referred to as the “Berkeley of the Mid-West,” “78 Square Miles Surrounded by Reality” and, last, “The Paris of South-Central Wisconsin,” which made me wonder about the Parises of North-Central Wisconsin, North-West Wisconsin and South-East Wisconsin, etc.

We drove east. Over the Sierras. Across the Great Basin. Over the Rockies and down the Eastern Slope. Slowly down to the state’s border. Down to the Mississippi. Farmhouses changed subtly from red to white and then back to red. When finally we arrived in Madison, my eyes wandered across the sky that so generously shared an equal part with the land.

As Liz settled into her classes, I set out down the Stark Weather Creek Path to explore my new surroundings. Over the days and weeks that followed I learned the web of bike paths that spread throughout the city.

Flat wasn’t so much the problem; it was the much more prevalent pavement. I’m a trail runner, I thought, not a bike-path runner.

“The mountains are calling,” John Muir once wrote, “and I must go.”

No, John, I thought. That’s not what I need right now.

I got in the car and after a half-hour drive arrived at Blue Mounds, where a network of trails meandered through topography that I had at one time considered flat but now, with a new set of definitions, understood as rolling.

As I began my run, a cardinal called from a maple tree high up above. I glanced up and glimpsed iridescent red fluttering away.

Maybe Muir didn’t have the answers I was looking for. Maybe the lack of mountains wasn’t the problem, nor the over-abundant pavement. Maybe the problem was me, a spoiled mountain boy who’d always had the world’s finest trails right out the back door.

Maybe any morsels of wisdom weren’t going to come from a mountaintop but the choice, simply, to stay—there is endurance in that, and beauty in it, too.