From blogs to social media, the barriers to entry into the trail-running industry — for athletes, media and even brands and products — have never been lower 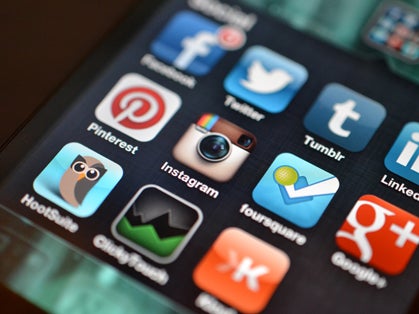 Trail running looks different than it used to.

For better or for worse, it’s nearly impossible to peruse your social media channels without being reminded which friends are avidly training for their next ultra. Post-run selfies, shots of mid-run vistas or recaps of that day’s run are ubiquitous. Anyone with Internet access and a smartphone or computer can set up a blog or a social-media presence to promote themselves and their running.

Both widely accessible and far-reaching, the Internet (specifically, social-media channels like Facebook, Instagram, Twitter and YouTube) has enabled just about anyone with a little tech and marketing savvy to establish a brand, whether as athletes or as media personalities commenting on the sport. A few, like the creators of Night Runner Shoe Lights, have even harnessed the crowd-funding site Kickstarter to launch new products.

While the barriers to entry in the industry may be low (at least, in the developed world, where Internet access and smartphones are common), that also means more competition for athletes seeking sponsorships or writers, photographers and podcasters looking to make a mark. Nonetheless, a handful have harnessed the Internet to build themselves full-fledged careers. We took a look at how.

The professional athlete or coach

Last November, a characteristically obtuse LetsRun.com message-board discussion questioned how Sally McRae, 35, of Aliso Viejo, California, could have earned a Nike sponsorship given her allegedly mediocre road-racing credentials. (Never mind that they had added her to their Trail Elite team.) In 2014, McRae finished tenth at the 2014 Western States 100-miler; prior to being with Nike, in 2013, she was 13th female at The North Face 50 Mile San Francisco, first female at the Cuyamaca 100K and sixth female at the Lake Sonoma 50 Mile. These were all good results, but not a guarantee of a major shoe sponsorship by any means.

It was likely, as one poster pointed out, her social-media presence that gained the attention of high-powered Nike, at least in part.

“Active on-line athletes have a much bigger influence [and] ultimately this is what companies are looking to leverage” in drawing attention to, and ultimately selling, their products, wrote Pam Smith, 40, of Salem Oregon, on her blog at the beginning of this year. With over 4,200 Twitter followers, 10,000 Instagram followers and 1,600 subscribers to her YouTube channel, Smith continued, “McRae is not only a great runner, she is a social media super-star. Sally McCrae is a sponsorship dream.”

That might seem like conjecture, and to a point, it is. “Like so much of marketing, it is difficult to determine the impact [of social media from sponsored athletes and events] on sales, but we know that it helps build brand awareness [and] good will,” says HOKA ONE ONE president Jim Van Dine.

If anyone can sell shoes for HOKA, it might be Sage Canaday, 29. Not only is the Boulder, Colorado-based runner winning competitive races like the 2014 North Face 50 Mile San Francisco and the Speedgoat 50K, but he is (in his words) a “social media addict” with his own media company, Vo2Max Productions. In addition to posting pictures praising his sponsors’ products from atop Boulder’s peaks on Facebook and Instagram and engaging with fans via Twitter, he regularly posts videos ranging from workout recaps to coaching tips and product reviews on his YouTube Channel, which boasts over 22,000 subscribers. He recently joined forces with his girlfriend Sandi Nypaver, 26, also of Boulder, to launch SageRunning, which features their training videos alongside coaching services and other resources for runners.

“When I was unsponsored, I did make a concerted effort to try to build my social-media presence,” says Canaday. “I think the sponsors want to see how an athlete can create value, not just for the growth and exposure of their brand, but for being passionate about the sport and interacting with the running community.” 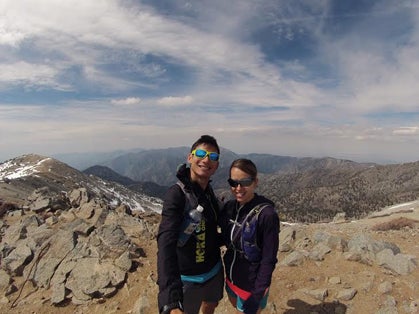 Canaday frequently posts pictures from his runs online, promoting and thanking his sponsors, including HOKA ONE ONE, Ultimate Direction hydration systems and Julbo sunglasses. Photo by Sage Canaday

For Canaday, his online presence is also a way to establish potential career options in the sport after his racing days are done—hence his recent emphasis on coaching.

“Running is a fickle sport and I know that any day I can get hit by a car or break my leg in half, so having some financial security for the future is paramount,” he says. “Furthermore, when I’m older and too slow to compete for prize money in races, I still very much want to be involved with the running community in some way. Through coaching, training plans and other running-related media, I feel like I can gain some business experience along the way and help plan for a career that doesn’t just involve using my body to make ends meet but, rather, actually using my mind.”

As Canaday sees potential beyond his own running by offering media and other resources to trail running’s information-hungry ranks, others who are not professional-caliber athletes have harnessed the reach and accessibility of the Internet and social media to carve out similar niches. A few have even turned it into a full-time job.

In 2009, Bryon Powell, now 36, quit his job as a Washington, DC-based attorney to devote his full attention to the blog he’d started in 2007 to cover ultrarunning news and races. Today, iRunFar.com is a leader in race coverage (via both the Web site and its Facebook and Twitter accounts) and other ultrarunning news. Since 2009, Powell has served as its full-time proprietor from trail-hub hometowns of his choosing, including Park City, Utah, and, most recently, Moab, Utah. Similarly, Eric Schranz, 40, of Sacramento, California, started the popular Ultrarunner Podcast in 2011, and has since grown the podcast into a conglomerate site of trail- and ultrarunning interviews, tips, gear reviews and news.

“I think the tools on the internet do make for a low barrier to entry for online publishing, but, then again, hundreds or, more likely, thousands of people are ‘publishing’ on the Web without gaining traction,” says Powell. “In some regards, all the ‘noise’ out there makes it even harder to get started, to get heard, with online publishing.”

While the field of “publishing” content online might be easy to enter, in other words, it takes a lot of work and luck. Start-up publishers need to both consistently create new content and find (and grow) an audience that will click on it, read it and share it, and keep coming back for more.

“It isn’t the content that drives popularity or growth, it’s the viewers that determine success,” says Ethan Newberry, 34, of Los Angeles, who created and runs the Web site The Ginger Runner (TGR). TGR’s YouTube channel features product reviews, race recaps and interviews with elite athletes; the site has grown to include sales of Ginger Runner-logoed gear and music Newberry composes for his videos. “I don’t just want to engage a viewer for a few minutes; I want them to be engaged week after week, wanting more content at regular intervals. I have to work hard to make sure I deliver.”

Newberry was already creating and acting in sketch comedy on YouTube when he decided to meld his media know-how with his love of running by creating TGR in 2011.

“I found myself spending hours online researching products, reading interviews and race reports, but found a deep lack of engaging video content on YouTube,” he says. “I figured there was no reason why I couldn’t mix my entertainment background and my passion for running into one cohesive channel that broadcast the kind of fun and engaging educational content I’d been wanting to see.”

Newberry says that while YouTube has lowered the barriers to entry in the media business—creating an account is free and, with smartphone cameras, you don’t need much equipment to shoot video—the quality of content across the platform has increased. The same goes for blogs and other social media channels. Good content alone won’t guarantee popularity and success, he says; viewers and readers will. He attributes The Ginger Runner’s success to its viewers and says it is up to him to keep them interested and their ranks growing.

Newberry’s formula has been working, and thanks to both advertising revenue and sales of gear and CDs from his Web site, he is able to call The Ginger Runner his full-time gig. (He still auditions for and books occasional acting work, and says he would likely still be doing that full time if not for YouTube.) It might sound like a dream job, but Newberry stresses that YouTube offers little ongoing financial stability, and he needs to constantly be creative to help his brand’s growth continue.

“I mention to people who ask what I do for a living that this job didn’t exist six or seven years ago,” he says. “Being a ‘YouTuber’, ‘Online Content Creator’ or ‘Web Personality’ is a new title and one that is constantly evolving as the online space changes. In order to make it work, you really have to dedicate as much of your time to growing your brand as possible.”

Why is Speedland SL:PDX So Expensive?