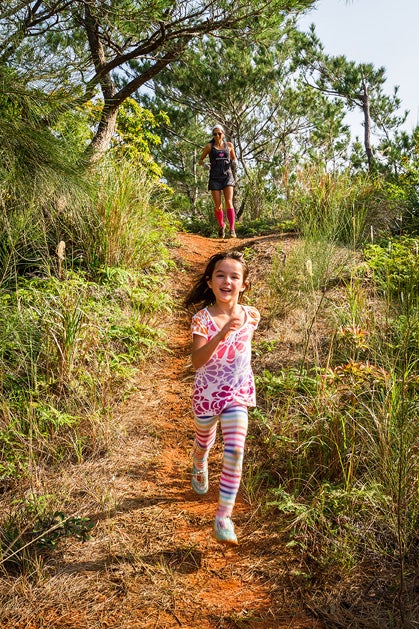 Women who run are often happy, positive and motivated individuals. Women who run together are often all of these things, and more. Hoping to pass on these positive attributes to young girls, Anna Boom, founder of the running group Women on Okinawa Trails (WOOT), recently created a four-week trail-running camp in Okinawa for girls.

Boom was inspired by the non-profit organization Girls on the Run, which incorporates running into a 12-week character-building and fitness-promoting program for adolescent girls. Boom wanted to provide a less structured program than Girls on the Run offers, and more specifically, a trail-running program.

The girls, who range in age from 6 to 16, met on Saturday mornings to hit the trails. “For our first run,” says Boom, “we set up a nice easy course that was around 1.5 miles. We stopped a few times to pick wildflowers, sing a song, trip a few times. One girl completely wiped out, but the other girls and mentors encouraged her to wipe off the dirt and keep going.”

Each week, the girls ran a little further, and on progressively more difficult trail routes. Many of their mothers joined, along with a few other women who volunteered as “mentors” and ran alongside the girls to motivate and encourage them.

“Running is, and has been, a huge part of my life,” says Meghan Walsh, 34, one of the mentors, who ran her first race at age 11. “My hope is to pass on to the girls a love of being outdoors, exercising and enjoying a sport that a young athlete can continue for many years.” 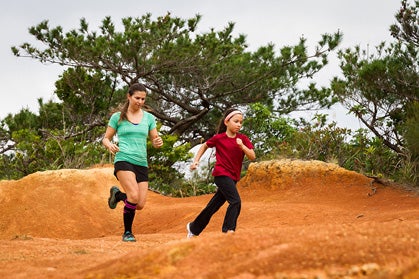 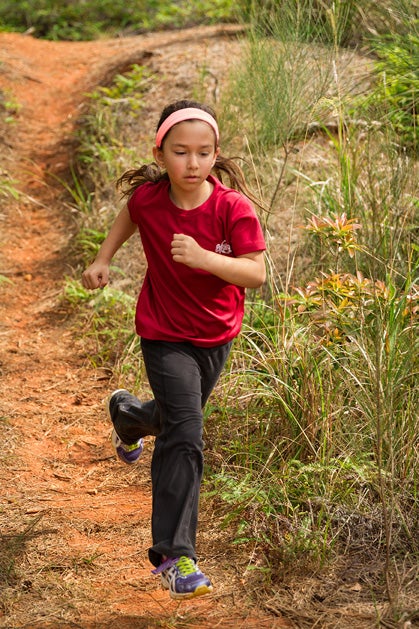 Another mentor, 40-year old Shirley Thomas, says that she offered to volunteer, not just to help out Boom, but also to set a positive example for the girls. “I have a love for running that started later in life. I’m hoping to see the girls develop that same love for running while they’re young.”

The main goal of the program, besides impressing upon the girls a love of running, was showing them the rewards of committing to something and following through. Boom has two daughters of her own, 6 and 8 years old, and she wants them to experience the satisfaction of setting and achieving goals.

Samantha Fugate, the oldest girl in the group, is a junior in high school with a 4.0 GPA. She has competed in triathlons, half-marathons and, most recently, a full marathon—and joined the group with a desire to help mentor younger girls. “I hope that the young girls can realize how much running can do for them,” she says, “whether it be for stress relief, staying in shape or even just having fun. I have made many friends through running.”

Despite their varied ages, the girls ran together, but at their own pace and ability. Having the mothers and mentors out on the trail made it easier to keep the girls all accounted for and safe. For the older girls, who wanted more of a challenge, the trails offered a lot of diversity.

“[Trail running] is horrible and hard in the best possible way,” says Andrea Michaels, 13. “And, if I had to choose a negative, it would be that we did not run long enough!”

Jannine Myers lives in Okinawa, Japan, where she works as a running coach, weight management consultant and freelance writer. She blogs at www.runwithwoot.com.