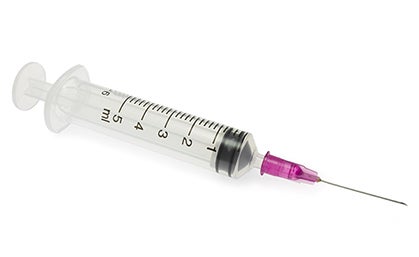 Editors’ Note: The original version of this piece appeared at Sometimes I Run and is our top pick among entries into the January Trail Runner Blog Symposium: “Should there be drug testing at trail races?” You can also view other highlights from the January Symposium here.

In any sport, whenever money or fame is at stake, there will be a temptation to cheat. Even in trail running we’re faced with the possibility that a few participants are going to resort to performance-enhancing drugs (PEDs) to boost their chance of getting that money or fame.

Make no mistake about it; PEDs can significantly impact the nature of a trail race for those running near the front who have a shot at the win. And we could certainly reduce the chance that PEDs will play a role in a race’s outcome by instituting large scale drug testing.

Who Pays?
But testing comes with a financial cost, and I suspect that most race directors wouldn’t be able to bear this cost out of their own pockets or current budgets. Nor am I confident that we racers would be particularly happy if (as would likely be the case) those testing costs were tacked on to our entry fees. Furthermore, widespread drug testing would also come with a stigma and an admission of failure within the trail running community—namely the idea that testing needs to be done at all.

Cheaters Gonna Cheat
It’s true that some will be tempted to cheat, but PEDs are only one example of cheating. Cheating also comes in the form of short-cutting the course (even if it’s “just a little”), getting aid outside designated areas, having a pacer mule gear when it’s not permitted, dropping wrappers or other excess gear on the side of the trail (rather than carrying them to the next aid station or trash can), failing to step off trail to yield to runners or other trail users who have the right of way or are trying to pass, and other bad behaviors. All of these things can give the person doing them an unfair advantage. I don’t know how often these things happen, but I’ve seen examples of each of them during a race.

One reason we usually don’t get too concerned about these other bad behaviors is because we know that actually trying to enforce them would be too expensive. And deep down inside we know why we’re racing in the first place; most of us aren’t there to try to win. We’re just there to run our own race, and nothing that anyone else does during the race should have any impact on the quality of our individual experience. So for us the cost of strictly enforcing those rules with trail monitors simply isn’t worth the cost.

The importance and significance of most race results quickly fade from the collective consciousness. Unless they were people you personally knew, do you remember (or did you even take note of it in the first place) the names of the age group winners from the race you did last year or the year before? Using PEDs is sad because, for the most part, the glory the cheaters are chasing simply doesn’t exist. So in the vast majority of trail races I think the cost of drug testing isn’t justified when weighed against the relatively minor injustices that might occur without it.

Perhaps Some Testing Makes Sense
That said, I understand there may be a place for drug testing at the handful of races where there’s a lot at stake in terms of prize money or potential sponsorships. At these events the men and women who are in the hunt have a lot more at stake than those of us in the middle or back of the pack do.

So maybe we address the PED problem only where it exists and is likely to do real harm. For example, take a look at how the Run Rabbit Run 100 Mile event deals with the natural division of participants within the sport. There are two separate segments of runners (“Hares” and “Tortoises”) in the same race, with $10,000 for the winner of the Hare division, and $250 going to the winning Tortoise. Some people don’t like the division of entrants (or perhaps they just don’t like the names of the divisions), but I think it makes sense.

Wouldn’t it also make sense to have PED testing for the Hares, with the costs being deducted from their prize pool (and not passed along to the Tortoises)? After all, $10,000 might be enough incentive for some runners to seek a pharmaceutical boost for a shot at the prize. But testing for the Tortoises? I don’t think that’s necessary. Is anyone really going to put their health at risk by doping so they can take home a $250 first prize? That’s barely enough to cover the cost of early registration to the race itself!

If we choose to start drug testing at some of these high profile events, it should be done in a way that acknowledges the de facto division within the sport, and the costs should be allocated appropriately. I don’t want to bear the cost of testing because the presence of a cheater in the field isn’t going to make my experience any worse, even when they cross finish line ahead of me.