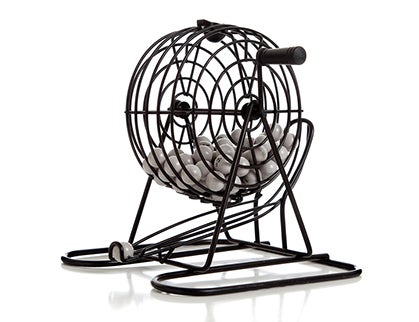 One spring day during my senior year of high school, I played hooky. Curled up in my bedroom windowsill, I spent the day watching the mailbox at the foot of our driveway. It was the day college acceptance and rejection letters would be delivered. Too anxious to function, I’d stayed home from school to—yes, I see the irony now—see whether I’d be allowed to attend more school.

On the recent morning of both the Hardrock 100 and Western States 100 race lotteries, I experienced some deja vu. There I was at home, skipping—in this case—my usual weekend morning run to … see whether I’d be permitted to do more running.

Granted, the means of awaiting my fate were different. Compulsively refreshing my Twitter feed and Ultralive.net feed was somehow less quaint than anticipating envelopes hand delivered by our neighborhood mailman. But the butterflies in my stomach were the same—the painstaking anticipation, the grandiose hopes, the certainty that if I could just get into this particular school, or this particular race, all would be well in the universe.

More races than ever are conducting entry by lottery—ranging from Colorado’s Leadville Trail 100 to Oregon’s Gorge Waterfalls 50K to Massachusetts’ Stone Cat Trail Races. As we venture into the 2015 race-lottery season (Scott Dunlap offers a terrific rundown and calendar of ultra lotteries), enjoy this list of 10 similarities between applying to race lotteries and applying to college.

1. Whatever happens, it’s going to dramatically affect your life.

So you might argue that packing up your life and moving to an entirely new city, state or even country for your formative college years is a bigger deal than taking a weekend trip to run in the woods for a few hours. But the rigorous training regimens, travel plans and money involved with running big target races can have profound effects on your personal life, too. When the acceptance letter comes, be ready to embrace change.

2. A little anxiety is normal.

In most cases, you’ll submit your application well in advance of when you’ll actually learn whether you got in. The time in between can be excruciating. That’s to be expected. Commiserate with others who are in the same boat. Make spreadsheets with formulas that predict your likelihood of being accepted. Shower your admissions director—er, race director—with bribes. (Just kidding, maybe.) And, if you’re really having trouble managing the stress, get outside and run it off.

3. Your chances of being accepted are getting slimmer every year.

Many elite colleges these days are boasting acceptance-rate percentages in the single digits—and trail races may be there soon, too. According to U.S. News and World Report, the most selective U.S. college last year was Stanford, with an acceptance rate of 5.7 percent. Just a decade ago, Stanford’s admission rate hovered around 12 percent.

By comparison, earlier this month, the Western States 100 admitted 10.6 percent—compared to 34 percent a decade ago. If current trends continue, it may soon be statistically harder to get into Western States than it is to get into Stanford. Yikes!

4. It never hurts to apply to too many options.

Better to have a few “safeties” in mind—i.e. races with a first-come, first-serve signup process (as most still are)—than face a bunch of rejections that leave you wondering what you’re going to do with your life next year. And, who knows—you may just stumble upon the next hidden gem in the trail-racing world. Gorgeous, challenging races that don’t sell out still abound out there.

… at least if you’re trying to gain entry into the Barkley Marathons. While most trail-race lotteries are based more generally on luck, Barkley takes a different approach. With just 35 slots to dole out to hundreds of wannabe Barkley runners, applicants are encouraged to submit an essay (or other creative form) based on the theme, ‘Why I Should Be Allowed to Run the Barkley’. Though a good submission guarantees nothing, according to the Barkley website, “A particularly clever essay might gain a few extra opportunities.” Wink, wink. Put on your thinking caps and get creative.

6. If you are accepted, you might need to take out some loans to cover your admission.

The cost of race entries, much like that of college tuition, is rising. The 2015 Western States 100 costs $370—up from an already steep $295 in 2008. In 2015, running the Leadville Trail 100 will cost $315—along with, for the first time, a $15 non-refundable application fee to even be considered in the lottery. Throw in “room and board” (i.e. a hotel room before and after the race and the costs of all those gels and energy bars), not to mention other associated travel costs for out-of-town races, and racing can be a huge investment. (For cost-conscious masochists, Barkley costs just $1.60 to apply to; entry fees, depending on who you are, range from an old license plate to a pair of gold-toe dress socks to a pack of cigarettes.)

OK, so the cost of running a trail race is still less than that of attending college. And while the financial return on your race-fee investment will be negligible (unless you’re gunning for a podium finish at one of a few well-endowed trail races), the mental and emotional returns, as many trail and ultrarunners can attest to, can be as priceless as the most memorable moments from college.

Ah, the agony of agonies—the waiting list! Not quite lucky enough to be selected, but not quite off the hook altogether from training for the race anyway, just in case. Though not all lottery-based trail races utilize a waitlist, many do. Depending on your place on it, you may not know for sure whether you’ll get to run until race morning itself.

8. If you do get in, and you’re awesome enough to make it to the finish line, you get a prize.

Race medals, belt buckles, diplomas … they’re all the same, right? Material items that symbolize our journeys, our hardships and, ultimately, our triumphs. Take pride in your accomplishments. You are awesome.

9. Even if you don’t get in, you can still be excited for your friends who did.

Rather than mope, celebrate your friend’s (or friends’) fortune! Live vicariously through them. This is perhaps easier to do in the trail-racing world, in which you can still invite yourself along on race day to volunteer at an aid station; crew, pace or cheer for your friends; or help out an organization like iRunFar, UltraSportsLive.tv or UltraLive.net with their live race coverage. Unlike college, trail races boast many ways for rejected applicants to still join the party.

10. If the metaphorical gatekeepers frown upon you, be a rebel.

Don’t let a rejection get you down. If you don’t make it into the trail race—or college—of your choosing, don’t despair. Just as we’ve seen the rise of massive open online courses (MOOCs), open-source platforms and other forms of alternative learning disrupting traditional models of higher education, so, too, are we seeing the rise of more “fat-ass”-style (unofficial) races, “non-races,” FKTs and other reminders to sometimes, you know, just run in the great outdoors for the fun of it. Remember: racing isn’t everything.

Is The High Lonesome 100 The Future of Ultrarunning Equity?