But you haven’t seen it till you’ve run it

In my youth, the catch line to a popular song by the Mamas & the Papas was, “If you’re goin’ to San Francisco, be sure to wear … 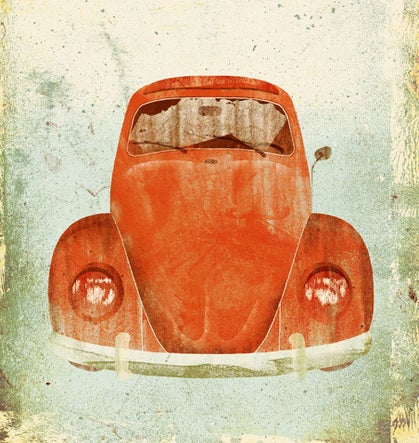 In my youth, the catch line to a popular song by the Mamas & the Papas was, “If you’re goin’ to San Francisco, be sure to wear some flowers in your hair.” When I was 10, living in New Jersey, shirtless, bell-bottomed and barefoot, a friend and I walked a couple miles to town to get some bubble gum, and heard the song on someone’s radio. We didn’t feel like walking back up the big hill home, and stopped to rest next to a flower patch. That’s when he suggested we put some flowers in our hair and hitchhike, “like real hippies!”

I still remember the ride in the orange VW bug with the purple shag carpet and beads on the mirror, driven by the black guy with the big Afro and round wire-rimmed glasses. He was the first black man I ever talked to.

With a big toothy grin, he asked, “You goin’ to San Francisco?” When we got in, he said, “Wish I was in California.”

On that short ride, with those few words, I wanted to go to California. And eventually I did, once on my bike, then as a vagabond (hippie?) living out of my car, and finally as a runner, which is the best way of all.

California may be the coolest state in the Lower 48. It has a little bit of everything, including the lowest place in the U.S., Death Valley. At 282 feet below sea level, it’s lower than a snake?s belly in a Hummer rut. A night run across the dunes under the moon is a spectacular way to explore it. Just watch out for snakes, scorpions and tarantulas, which will basically scare the crap out of you. That’s why you should run at night, naked. (It beats soiled shorts.) Besides, it’s too hot for clothes.

The next awesome place you should go is Mount Whitney, which is about 150 miles from Death Valley, and the highest point in the lower 48 states (14,494 feet elevation.) Some people like to run there from Death Valley in a race called “Badwater,” but I wouldn’t recommend it unless pain and hallucinations are your thing, or your name is Marshall Ulrich. Marshall’s known for running solo between the two places, trying to decide which he likes better, the highs or the lows, though in truth he’s better known as the guy who surgically removed all his toenails, so they wouldn’t bother him on long runs like this.

It’s 11 miles one way from the trailhead to the summit on the main Mount Whitney trail, which is amazingly beautiful (and long enough). Just don’t put your lunch down on the summit because California marmots are very stealthy, and fat for a reason. You’ll know you’re hungry if you still eat lunch after a flea-bitten varmint ate half of it.

It’s not far to the trails in Yosemite National Park, which could keep you busy for weeks, but my favorite has to be the route to the top of Half Dome that ends at the summit with a 400-foot cable ladder climb.  The views 4800 feet above Yosemite Valley will fill you with inspiration, which is helpful when you need to get back down the ladder around the guy paralyzed with fear at half height, who keeps saying, “I think I’m gonna fall.”

A run through the Giant Sequoia Grove should soothe your nerves because everyone keeps saying, “Oooh” and “Aaah.” Or, just outside the park, take a dip in the Mono Lake moonscape where tourists go to lose their shoes in the mud.

In the Lake Tahoe area, one of my favorite places is Emerald Bay, where you can access the trail into Desolation Wilderness and countless alpine lakes. I ended up there without a good map, and took a digital shot of the trailhead map to carry with me.  But I took so many beautiful pictures, I wore down the battery three hours into a six-hour loop. That’s how I learned you can rub the battery to create enough static electricity to charge your camera for 15 seconds. Long enough to find the next turn.

A run around the lake on the Rim Trail is a hardcore option for the pain enthusiasts. I pondered about twenty miles of it one day, but got distracted when I saw cliff jumpers diving off rocks into the crystal clear water below. That?s a workout, too, you know.

Did I go to San Francisco with flowers in my hair?  Metaphorically speaking, I gathered flowers of experience all along the way. I did reach San Francisco several times, but found the journey there more enjoyable than the destination. It’s the same thing with trail running.

Bernie wishes he was in California again.