The bus came by, and I got on … That’s how it all began. — The Grateful Dead

Up and over Telegraph Hill we ran, down to Pier 33, 35, etc. and along the Peninsula to Fisherman’s Wharf, Chrissy Field and out to the first pillar of the Golden Gate Bridge where a small pod of dolphins swam below in the incoming tide. Coastal trails carried us along the water’s edge past a proud naked man and on to the ruins of the once-famous Sutro Baths at the very edge of the City. 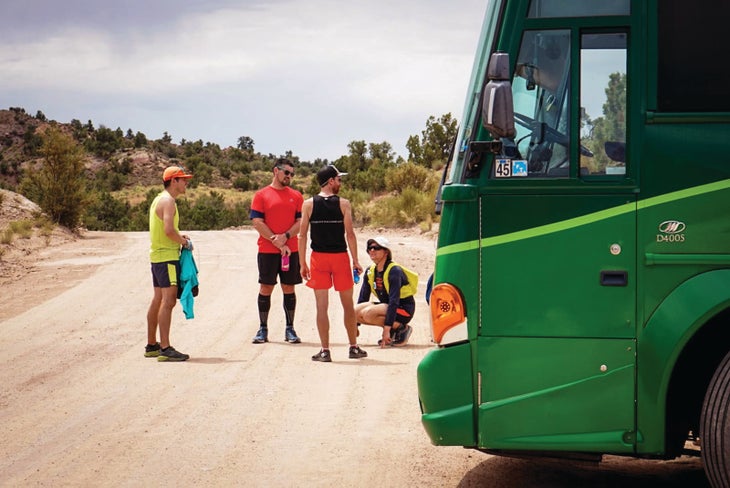 Gathering beyond the towers of Zion.

From Ocean Beach we took METRO back downtown and walked back to the hostel in the middle of the City.

In the evening of the first day we reunited at the hostel in the City and walked our luggage and ourselves down to the corner of Washington and Montgomery where the captains of our time machine, Matty and Kevin, waited for us. The time machine was a standard-size, green coach bus converted into a lounge car on wheels. 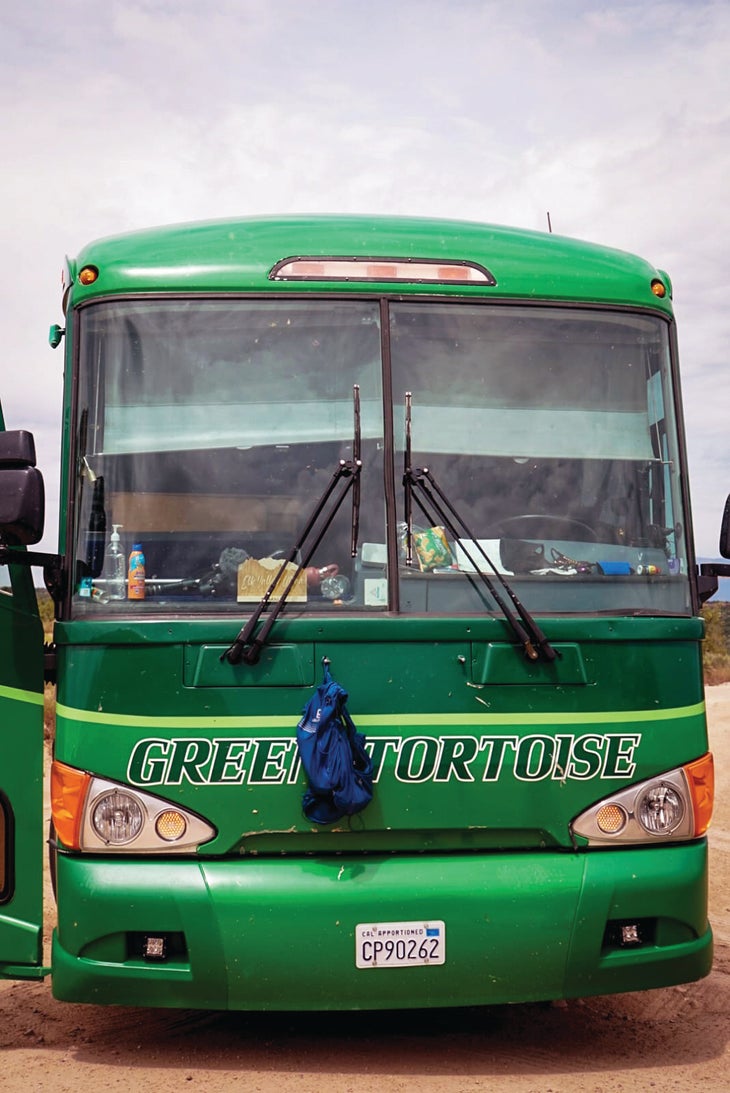 On the morning of the second day we awoke amongst the granite walls of Yosemite and knew that it was good. The sun shone upon the cliffs, the water flowed abundantly and the many creatures, both winged and beast, roamed about. The runners donned their packs and set to the trail.

On the evening of the second day, the time machine gathered first the runners in the Valley and then in the High Meadows and they ate of the rations and the light turned to darkness and they again prepared for time travel. 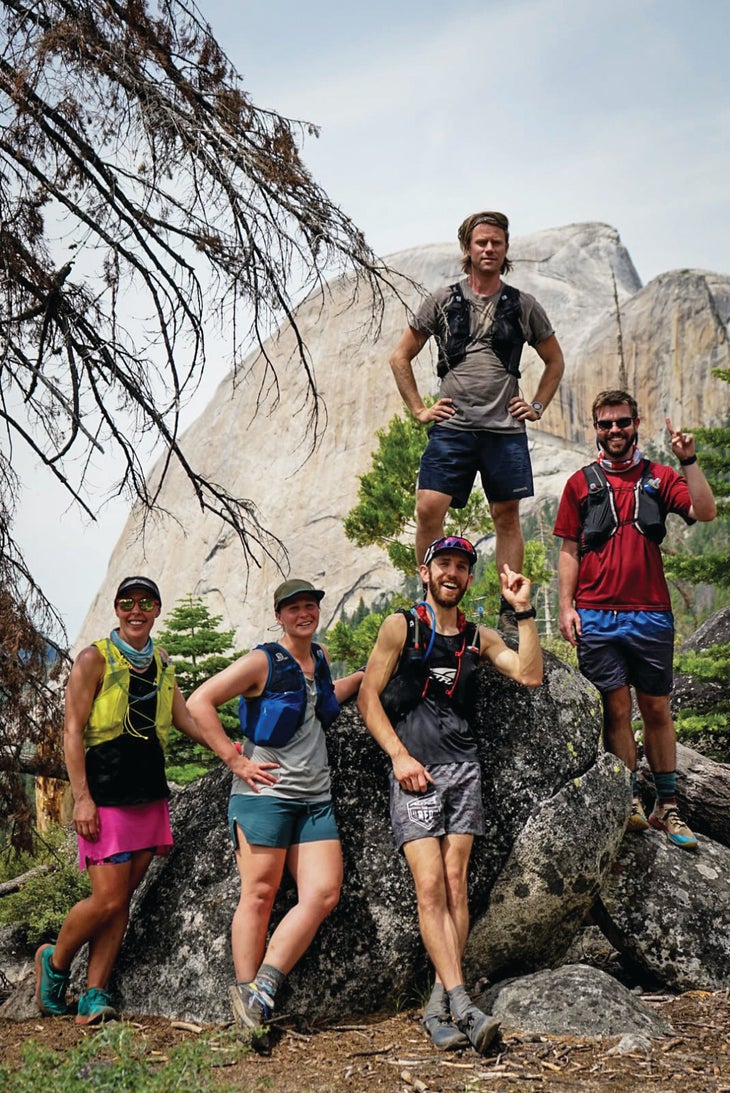 Pausing for a moment for a photo op with the indomitable Half Dome. 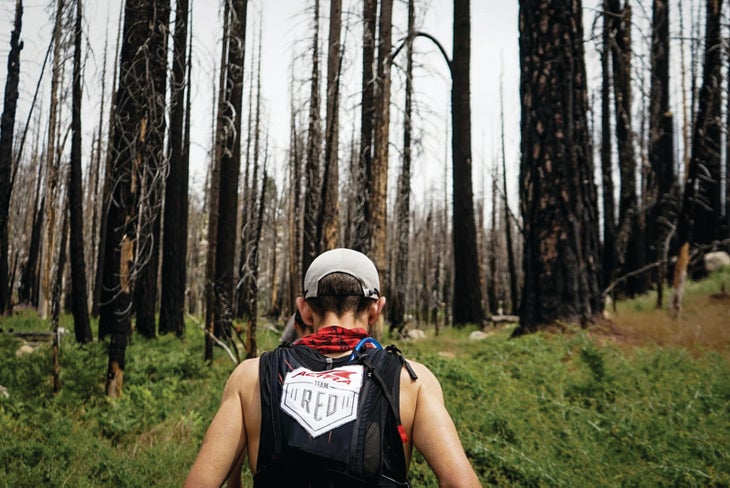 Garrett Nasrallah and fellow time travelers make their way through the remains of a high-country Yosemite fire.

On the morning of the third day, the runners awakened in the desert, en route to Zion. In the blink of an eye, the granite had morphed into sandstone, the bristlecone into cactus and eagles into vultures. The mountain chill gave way to desert heat and the darkness into light. They moved along the rim; the red towers stood proud just beyond.

On the evening of the third day we did not time travel but rested instead, at the base of the red towers. 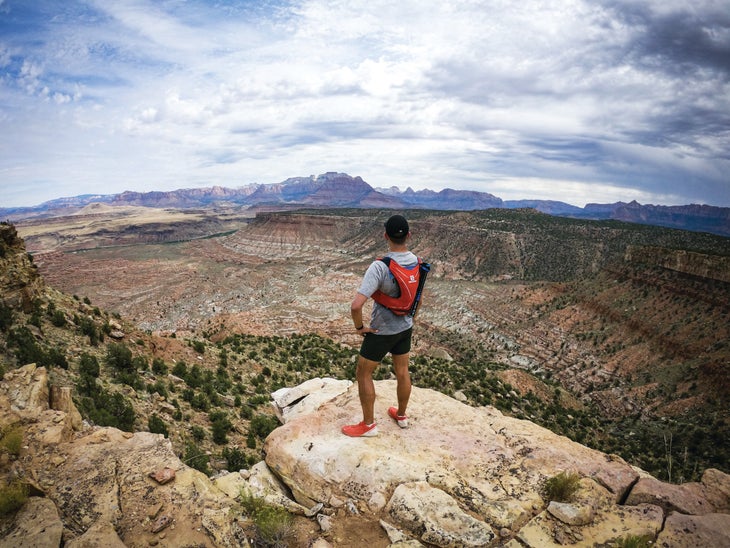 A runner pauses to look out over the desert and the towers of Zion beyond.

On the fourth day, as the light turned into darkness, clouds too came forth to separate the firmament of Heaven from the face of the Earth and water was brought forth revealing the many shortcomings of our camping gear. But then the rain stopped and the clouds moved on and there were stars also. 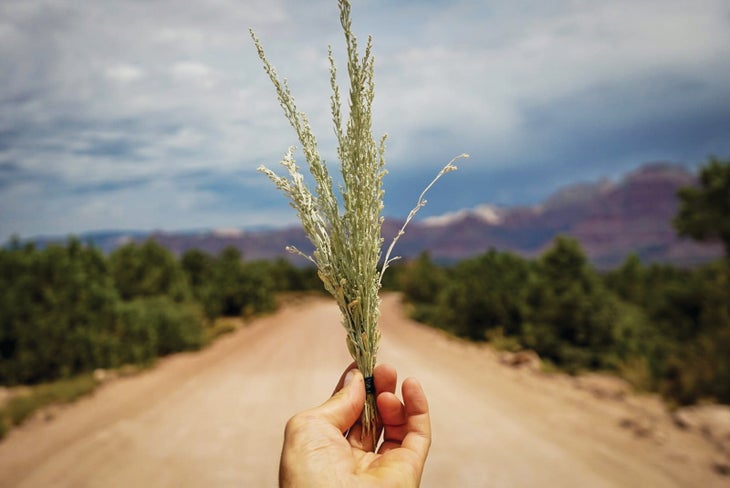 On the fifth day, as the darkness turned to light, the runners may or may not have violated my cease and desist by going for a run above or below the rim of the Grand Canyon. It was understood that I would never know.

And we loaded into the bus and the bus carried on to the City of Sins and for five consecutive hours the runners ran and the runners drank and the runners imbibed in all that is to remain in the City. At midnight we slithered out of the City and into the darkness that remained dark for several more hours. 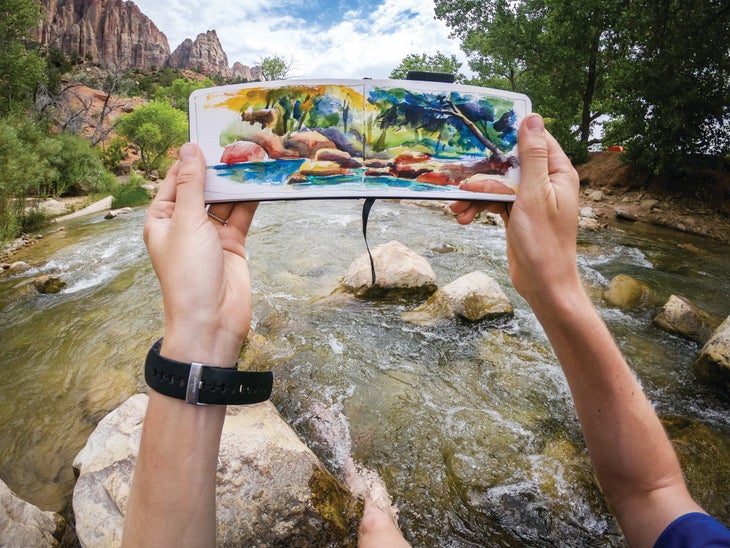 On the sixth day we woke and ran and climbed to the top of a mountain high up above the desert floor, so high in fact that not even trees could manage the thin air. An airplane crash, a burned up hillside, fields of flowers and an American flag guided our way to the summit where the hearty carried on the loop and the rest returned along the route we knew.

On the evening of the sixth day the runners climbed into Titus for the journey into darkness beyond the desert and back into the light. At the southern end of the Central Valley, a resupply of sustenance was found at In & Out Burger.

The burgers turned into night and the night returned to motion and again, in the blink of an eye, the runners awoke amid a different view, different air, different temperature, different people. Along the Big Sur coast, the runners joined stride once more. They kick up dust and dirt. The ocean breeze binds it to your skin, your face hurts from smiling, your belly from laughing, your legs, your feet, your feet … how they feel tired but free. 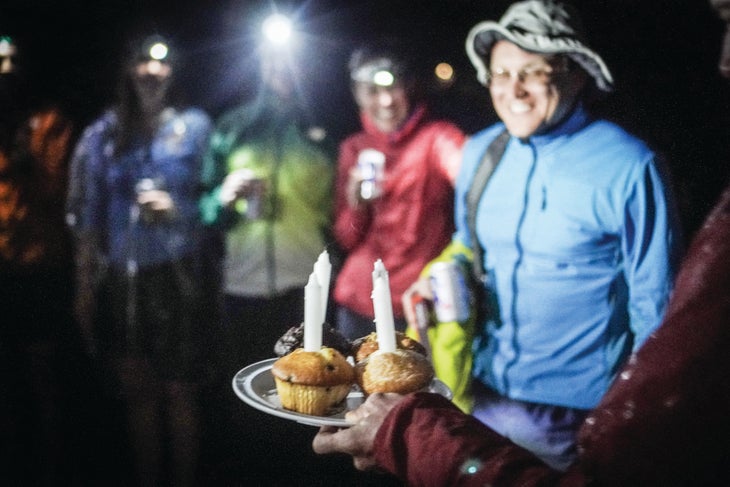 Making do with Hostess muffins and emergency candles to bring in a new year for Evgeni Peryshkin.

As the midday sun began to descend, the runners entered into the ocean to shed the heat, the layer of dust and perhaps a little bit of animal that is this moment and nothing more. Within a few short hours they will again be amongst the towers of the City.

But that is then. And this is now. 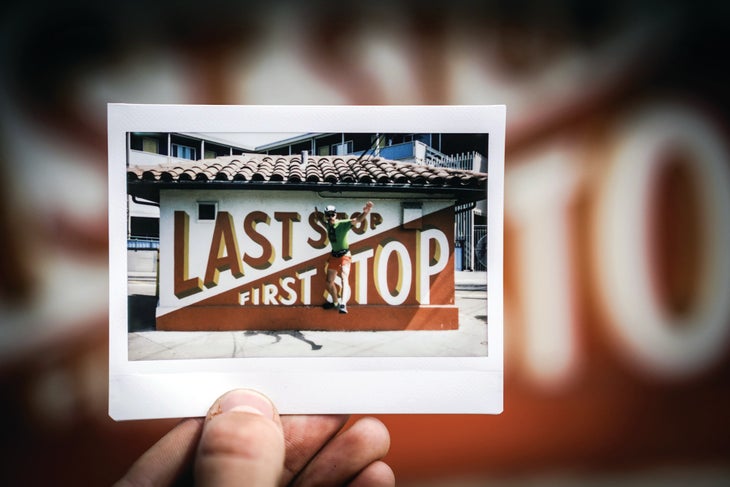 Rickey would drive the bus if he could.