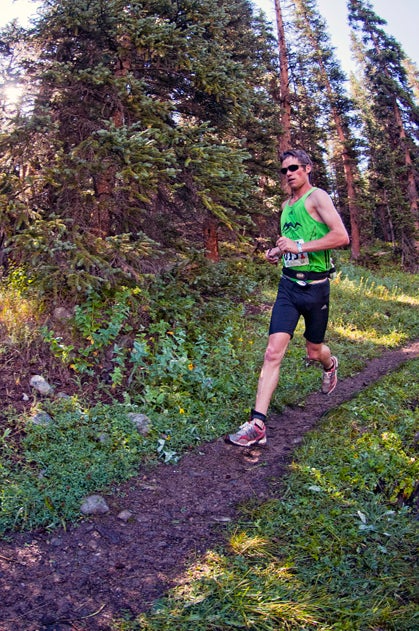 Squaw Valley, California, hosts the Western States 100-Mile Endurance Run (WS100), a grueling foot race that packs a punch for even the most elite athletes. In 2009, five of the 400 participants were hospitalized with nausea, mental changes, low blood-sodium levels and rhabdomyolysis (extreme muscle damage) including the first signs of kidney failure.

The same year another report documented that four athletes participating in the 95-mile West Highland Way Race in Scotland were overcome with low blood-sodium levels and kidney problems relating to rhabdomyolysis.

In January of 2011, a dozen University of Iowa football players were hospitalized with exercise-induced (or exertional) rhabdomyolysis, after an intense group workout that included 100 squats in addition to other high-intensity, full-body exercises. Recently, rhabdomyolysis cases have even been connected to participation in popular “muscle-confusion” workout programs, such as P90X, CrossFit and the Insanity Workout.

Although most trail runners will never subject their bodies to the rigors of a 100-mile race, these examples illustrate that rhabdomyolysis can afflict all athletes. The condition, although uncommon, has a scary death rate—up to eight percent of cases are fatal, typically due to kidney failure and/or internal bleeding problems (Cervellin G et al 2010). In addition, rhabdomyolysis is the reported cause of eight to 15 percent of cases of sudden-onset renal failure.

The ultramarathoners in California and Scotland mentioned earlier all survived; however, three were treated for kidney failure. The following review includes the most current information about the warning signs of rhabdomyolysis, as well as prevention measures and treatment plans.

What the Heck Is Rhabdomyolysis (even if you can’t pronounce it)?
Exertional rhabdomyolysis is caused by direct muscle injury and subsequent massive muscle breakdown, resulting in a release of muscle proteins that can overwhelm the kidneys. Injury to cell membranes occurs from exposure to extreme heat, and/or crushing, pounding or tearing trauma. One of the proteins released from damaged muscle cells is myoglobin—imagine a big chunky molecule. Myoglobin can leak out of damaged cells and in essence “clog up” the intricate tubules in the kidneys, causing renal failure.

Heat and dehydration combined with extreme exercise are the most common combination that promotes such massive muscle breakdown. “Running the ‘extra mile’ has become the norm with both newly minted and well-trained athletes,” says A. Joseph Bilik, M.D., FACS, of Sarasota, Florida. “The combination of dehydration and extreme effort puts both these groups at increasing risk for glycogen deprivation and ultimately rhabdomyolysis. This process liberates intracellular electrolytes (sodium, potassium and calcium) as well as muscle-damage byproducts, which can result in renal failure.”

Electrolytes such as potassium and magnesium require homeostasis for proper cell function throughout the body, including the kidneys. Damaged cells allow intracellular electrolytes to leak into the bloodstream, which may affect heart and kidney function (having flashbacks to high-school biology?). Importantly, increased potassium in the blood stream can seriously affect heart function and may lead to heart-rate disturbances.

Athletes at Risk
Pushing a very hard run that is significantly faster than usual training miles, intense whole-body weight lifting or strenuous whole-body plyometric programs may put athletes at risk for rhabdomyolysis. It can also occur when trail runners suddenly increase training intensity after an episode of de-conditioning, like recovering from illness or a training break. The WS100 athletes hospitalized for rhabdomyolysis were in general relatively younger, faster runners with recent injuries. However many reports demonstrate “rhabdo” does not discriminate; both men and women of all ages are susceptible, and fitness levels vary from the elite athlete to the weekend warrior.

Clinical reports have shown a relationship between some common medications and exertional rhabdomyolysis. Athletes taking statin drugs that lower cholesterol, antihistamines/anti-nausea medications, psychiatric prescriptions and others may be more susceptible. At least two cases have been reported where trekkers taking phenothiazine (a drug found in some prescription antihistamines and psychiatric meds) developed rhabdomyolysis, resulting in one death (Koizumi T et al 1996).
Ibuprofen (especially in combination with intense exercise and dehydration) has been found to interrupt the kidney’s ability to eliminate damaged muscle bi-products, contributing to rhabdomyolysis. Such nonsteroidal, anti-inflammatory drugs (NSAIDS) have been linked to several high-profile cases of rhabdomyolysis. Prime examples include Diana Finkel (see “Pacing Diana,” June 2011, Issue 73) and Erik Skaggs (see Trail Rx, October 2010, Issue 68). NSAIDS, such as Aleve, aspirin and ibuprofen, have been shown to indirectly alter blood flow in the kidneys, making them more susceptible to the damage created by cell damage and breakdown.

Associations between these medications and exertional rhabdomyolysis are rare and reactions are unpredictable but trail runners beware! If you are taking any medications, discuss your training plan and rhabdomyolysis risks with your health-care provider.

Additional conditions that may predispose athletes for risk of exertional rhabdomyolysis include working out while symptomatic with a viral illness or bacterial infection, endocrine problems, electrolyte imbalances, sickle-cell disease and rare conditions such as malignant hyperthermia or neuroleptic syndrome. In trail runners’ terms, going for a personal record or running your first ultramarathon while sick with the flu may put you at risk for exertional rhabdomyolysis. Other vulnerable situations include training or racing while dehydrated, in extreme heat or in prolonged states of hypothermia.

What Are the Signs?
The classic triad of symptoms associated with rhabdomyolysis includes muscle pain, general weakness and decreased or very concentrated urine. While almost half of those affected experience extremely dark urine (resembling cola), not everyone experiences weakness and pain.

Other symptoms may include some or all of the following: fast heart rate, elevated body temperature and vomiting. Symptoms may take up to 24 to 48 hours after exercise to reveal themselves (Cervellin G et al 2010). The diagnosis is made by health-care professionals after taking a blood test that measures creatine kinase—a kidney-function marker. Other lab tests will reveal any electrolyte abnormalities or, in extreme cases, the beginnings of organ damage to your heart or kidneys.

“Athletes should look for these warning signs: decreased urination, dark urine, fever, vomiting, joint and muscle pain and confusion,” advises Dr. Bilik. “If warning signs are present, stop exercising and seek prompt medical treatment with re-hydration and possibly diuretic therapy.” Evaluation of electrolyte balances may be warranted as well. In extreme cases, kidney dialysis may be necessary, and typically occurs in situations in which warning signs were unnoticed or ignored prior to medical intervention.

Treating Rhabdomyolysis
Many athletes weigh themselves before and immediately after training to evaluate total fluid losses vs. replacement during training events. Weight changes can be used to determine generalized fluid replacement. For athletes desiring a more individualized and scientific approach, formulas have been created to determine individual sweat rates and fluid replacement, and are readily found online. Because different athletes have differing sweat and energy-expenditure rates, it is impossible to provide a single recipe that applies to all runners.
Some experts advocate letting thirst be a guide rather than a prescribed intake regimen. Others recommend paying attention to urine color—pale or almost clear urine can equate to “hydrated” while darker urine is a signal more fluids are needed. Trail runners should test hydration plans during training in order to find the best individualized strategy for race day.

The 24 hours following a long trail run (four hours or longer) are critical for drinking water, as well as eating food and drinking fluids that contain electrolytes such as sodium, potassium, magnesium and calcium. Fresh fruits and vegetables not only assist with electrolyte replacement but are rich in antioxidants to assist in much-needed tissue healing.

Athletes should weigh themselves the day following long runs or races. If you lose more than two percent of your total body weight, or note significant weight gain, consult a health professional as it may imply a lingering electrolyte imbalance or other health issue.

Preventing Rhabdomyolysis
The treatment is conveniently the prevention—hydration! Proper hydration is key as simply “more” is not always better. Weigh yourself before and after intense exercise and replace fluids accordingly. Include sodium replacement and remember that drinking small amounts frequently allows the fluid to become better utilized than large amounts of fluid infrequently. Include electrolytes and calories post exercise.

Krista Bragg CRNA DNP (Doctorate in Nursing Practice) is an adjunct faculty at the University of Pittsburgh Graduate School, author of multiple peer-reviewed publications and avid runner and weight lifter.