Most runners realize that staying hydrated is paramount to success in longer events, but how much … 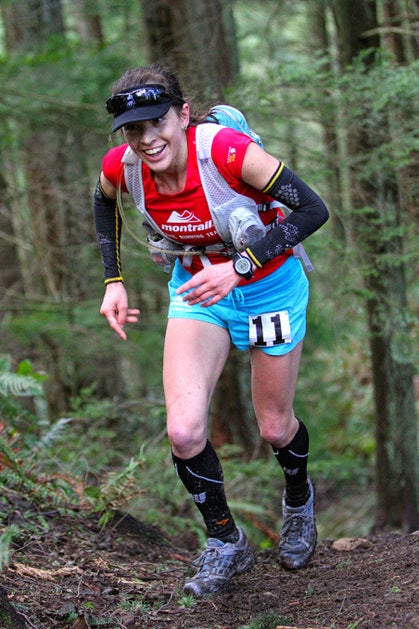 Most runners realize that staying hydrated is paramount to success in longer events, but how much fluids is enough? Too much? Just a two- to three-percent loss in body weight from perspiration can result in a 10-percent drop-off in endurance performance. Marathoners may be familiar with the concept of cardiac drift, which happens when dehydration decreases blood volume, leading to a reduction in oxygenated blood flow. The result is a slowly increasing heart rate even while the runner maintains a consistent effort. Cardiac drift is worsened by hot temperatures, when blood is drawn from the muscles to the skin to assist with cooling.

Beyond decreasing your endurance performance, dehydration can also lead to cramps, digestion issues, such as diarrhea and vomitting, and blisters due to increased rubbing in fluid-deficient tissue. Extreme dehydration can lead to chronic, even life-threatening health conditions. To hydrate properly, you need to know how much you sweat, how to balance water and electrolytes and how to drink on the run.

Always related to running intensity, sweat rate also varies based on several environmental factors, including temperature, relative humidity and altitude. The most effective way to measure sweat rate is to conduct a sweat test.

First, weigh yourself naked before a 60- to 90-minute run. Do not eat, drink or use the bathroom until you have completed your run. Post-run, re-weigh yourself naked. The difference between your starting and finishing weight is your net sweat loss. Divide that number by the number of minutes you ran, and multiply the result by 60 to determine your sweat rate in ounces per hour.

As you gain experience, you will be able to estimate how much fluid you should be consuming in various situations. No matter how much you are sweating, though, it is difficult for the body to process more than 24 to 28 ounces of water per hour.

During long bouts of running, it is crucial to maintain a proper balance between water and electrolyte intake, which plays an important role in muscle, digestive and other bodily systems. Electrolytes are water-soluble ions such as sodium, potassium, calcium, magnesium and chloride, which are shed from the body in sweat. While modern diets provide sufficient amounts of these minerals for less active individuals, sweat loss from prolonged exercise results in short-term electrolyte deficiencies if they are not replenished during exercise. The most dangerous hydration – electrolyte imbalance, dilutional hyponatremia, is caused by overhydrating while consuming insufficient electrolytes.

Replacing sodium is important once you start replenishing fluids during runs. In warm weather it is typical to consume 400 milligrams of sodium per hour, while 800 milligrams or more may be prudent in hot weather.

Most runners rely on a combination of electrolyte capsules and sports drinks, and must factor in the contribution from each source. Sports drinks have a wide range of sodium (50mg to 200mg) and potassium (15mg to 100mg) content per serving, which can make it difficult to calculate your exact electrolyte intake.

While electrolyte supplementation works well for many runners, there are two ways that you can reduce your electrolyte requirements. First, reduce the amount of electrolytes and, in particular, sodium in your daily diet. It has been shown that over time, a low-sodium diet can lower the concentration of sodium in sweat, which means you require less sodium intake during exercise. Second, regular running in high temperatures reduces the concentration of sodium in sweat. The greatest reduction is seen in those who were not previously heat-acclimated.

Tips for Drinking on the Go

Monitoring your hydration level is difficult, so understanding your hydration needs is important. Relatively frequent urination with clear to light-colored urine is a good sign. At the same time, a lack of urination for six or eight hours is not uncommon even among experienced athletes who are on top of hydration as moredate-to-intense exercise triggers a reduction in urine production. However, as exercise intensity decreases late in long ultramarathons, urination frequency often increases.

Do not rely on thirst to determine whether you need to drink. Drink according to your predeternined plan. During exercise, thirst often lags behind hydration needs, and you do not want to be playing catch up out on the course. On the other hand, if you are thirsty, you had best start drinking!

Unlike road races, it’s rare that you will be able to amply hydrate by drinking only at less frequetly encountered aid stations, which means you should carry your own fluids between them.

Carry one or two handheld water bottles, which consist of a bottle and a strap assembly that holds the bottle to your hand. If you like drinking from bottles, but prefer to free up your hands, use a waist pack that holds one or two bottles. Some runners prefer the convenience of a backpack with a hydration bladder.

Test your hydration system before race day; a pack that works for someone else may cause you severe chafing or jostle too much. While a bouncing bottle on your waist, for example, might not end your day, the annoyance can detract from your performance and your enjoyment.

Table copyright (C) 2011 by Karl King. No reproduction without permission.

How Much Electrolyte Do You Really Need?