Is it possible that eating meat is as bad for a runner as smoking? … 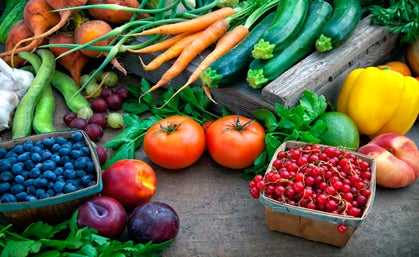 Is it possible that eating meat is as bad for a runner as smoking? Dr. Caldwell Esselstyn, director of the Cardiovascular Prevention and Reversal Program at The Cleveland Clinic Wellness Institute, thinks so. “Coronary disease is really a food-borne illness caused by animal proteins and animal fat,” says Esselstyn. “If you’re over 20 and you have been eating these foods, you have heart disease. If you don’t think so, you’re defying every autopsy study done in the last 50 years.”

A 1953 landmark study published in the Journal of the American Medical Association studied the autopsies of 300 battle casualties in the Korean War who consumed a diet high in animal proteins—the average age of the victims was just 22—and it found that 77.3 percent showed signs of coronary atherosclerosis. Coronary atherosclerosis, or the “hardening of the arteries,” is the single largest killer of men and women in the United States.

By contrast coronary atherosclerosis is virtually absent in cultures that eat plant-based diets, including the Tarahumara Indians of northern Mexico, the Papua highlanders of New Guinea and the inhabitants of rural China and central Africa.

Esselstyn, who has researched cardiovascular health for decades and written 150 scientific publications, has demonstrated that not only does a whole-foods, plant-based diet significantly reduce the risk of developing heart disease, diabetes and other chronic conditions, it can reverse damage already done. A 2010 study published in Current Diabetes Reports states that a plant-based diet combined with nuts, soy and/or soluble fiber can reduce LDL cholesterol by 25 to 30 percent.

Increased Athletic Performance
Professional Ironman triathlete, and two-time Canadian 50K Ultra Marathon Champ Brendan Brazier of North Vancouver, British Columbia, has been vegan—someone who eats an animal-product-free diet, including all meat and dairy—for 21 years. When Brazier began eating a whole-foods, plant-based diet, he says, “It made a huge difference. I was able to train more and recover faster.”

Scott Jurek, an elite ultrarunner and the former U.S. 24-hour record-holder, who has been a vegan since 1999, agrees. “A balanced plant-based diet provides my body with an abundance of anti-oxidants, phytonutrients, enzymes, whole unprocessed macronutrients and micronutrients, which are critical for repair and recovery,” says Jurek. “Recovery is faster too, minimizing injuries and optimizing performance.”

Jurek and Brazier’s improved recovery claims match up with academic research. A 1995 study in the Annals of Nutrition and Metabolism found that vegetarians had significantly higher plasma levels of essential antioxidants including vitamin C, beta-carotene and vitamin A.

Enough Protein? No problem
Susan Levin, director of nutrition education at Physicians Committee for Responsible Medicine, claims that most Americans consume about 110 grams of protein per day, roughly twice the federal government’s recommendation. Of those 110 grams, about 75 come from animal proteins. Such high protein intakes have been associated with chronic diseases like osteoporosis, cancer and coronary artery disease.

Small Changes, Big Benefits
Matt Frazier, vegan ultrarunner and author of the blog “No Meat Athlete,” encourages athletes to transition to a plant-based diet at a pace they are comfortable with, rather than going cold turkey off meat. “I recommend gradually reducing the number of legs you eat. I first cut out four-legged animals like pigs and cows. … Then I cut out two-legged animals like chickens and turkeys. And then I was down to fish, the zero-legged animal,” he says with a laugh. “Finally I went vegan and cut out dairy products too. But you can stop anywhere along that continuum that you’re comfortable.”

To eat better without being 100-percent vegetarian, Frazier suggests no-meat Mondays, or being a six-days-a-week-vegetarian or a vegan until dinner.

Eating Lower on the Food Chain
On top of the nutritional advantages, eating less animal-based products benefits the environment. Americans eat nearly 200 pounds of meat, poultry and fish per capita per year. A 2010 United Nations report tells us eating this much meat is damaging to the environment. Cows in particular, emit methane, a gas the U.S. Environmental Protection Agency claims is “20 times more effective in trapping heat in the atmosphere than carbon dioxide.”

Eating vegetarian or vegan means using fewer resources. A 2008 German study concluded that a meat-eater’s diet is responsible for more than seven times as much greenhouse-gas emissions as a vegan’s diet. According to Environmental Defense, an environmental advocacy group, if every American skipped one meal of chicken per week and substituted vegetarian foods instead, the carbon-dioxide-emission savings would be the same as taking more than half a million cars off U.S. roads.

Sarah Schewe is a freelance writer based in Hanover, New Hampshire. She enjoys running along the Connecticut River and teaching cooking.