Health-food imposters and those that need more love 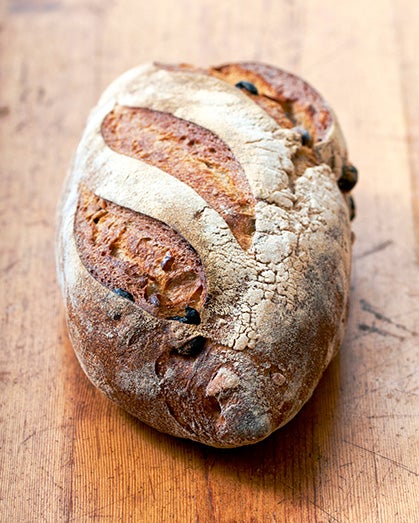 Photo courtesy of iStockPhoto.com
Even if you eat what you think are “healthy foods” and you avoid Twinkies and big-gulp sodas, you could be unknowingly upsetting your diet by being duped into making less-then-stellar food purchases at the supermarket.

That’s because food manufacturers are brilliant at making items seem healthier than they are by using meaningless phrases like “reduced fat” and “multi-grain.” And foods that have been saddled with a bad rap are actually heathy.

Here we’ve teased out the science from the sales pitch to help you up the nutritional ante of your training diet and make better choices in the grocery-store aisles.

Healthy or Not: Reduced-Fat Peanut Butter
Verdict: Not Healthy
While light peanut butter has about 30-percent-less fat than regular, it contains more sugar and sodium to make up for the flavor lost when fat is stripped away and the calorie count between the two is negligible. Most of the fat in peanut butter is the heart-healthy monounsaturated kind anyway, so replacing it with processed sugars and salt is hardly an upgrade.
• Your move: Choose nut butters with one ingredient: nuts.

Healthy or Not: Multi-Grain Bread
Verdict: Not Healthy
The majority of breads labeled “multi-grain” or “made with whole grains” are actually made with mostly refined flour. A peek at the ingredient list will reveal the first ingredient to be wheat flour, which is a euphemism for white flour and nutritionally inferior to fiber-rich whole-wheat flour. Manufacturers sometimes include whole grains in the mix, but the amount added is anyone’s guess.
• Your move: Select only bread products that list a true whole grain as the first ingredient. This includes whole-wheat flour, whole rye or whole oats.

Healthy or Not: Dark Poultry
Verdict: Healthy
Save money and boost flavor by joining the dark side. Dark poultry cuts, such as chicken thighs, contain only one extra gram of fat per serving than chicken breast and have twice as much iron and three times more immune-boosting zinc. A culinary bonus: unlike white meat, it’s difficult to dry out dark meat during cooking.
• Your move: Replace white meat with dark meat more often.

Healthy or Not: Vegetable Oil
Verdict: Not Healthy
Low in saturated fat and free of trans fat, vegetable oil seems like a healthy choice. But vegetable oils are often made with low-grade soybean, corn, cottonseed or sunflower oils that are especially rich in omega-6 fats. A diet with too much omega-6s and too few omega-3s can promote internal inflammation, raising the risk for chronic diseases like heart disease and potentially slowing exercise recovery. Many pre-packaged items and restaurants use these oils.
•Your move: Cook with oils that are lower in omega-6s such as canola oil, olive oil, coconut oil or avocado oil. Eat fewer processed foods and meals in restaurants.

Healthy or Not: Potatoes
Verdict: Healthy
Deemed waist-thickening, empty calories by the low-carb zealots, spuds are actually well-stocked with vital nutrients that runners need, including fiber, iron, vitamin B6, vitamin C, magnesium and potassium, the latter of which is necessary for proper muscle functioning. Pair potatoes with protein or fat to slow digestion and prevent a blood-sugar spike.
• Your move: Eat potatoes with the skin on, as that is where most of the fiber is found. For cooking, roast, bake or steam potatoes, as boiling leaches out nutrients.
Healthy or Not: Agave Syrup
Verdict: Not Healthy
Agave syrup has gained popularity as a “healthier” way to satisfy your sweet tooth. However, agave is mostly nutrient-void and contains the same amount of calories as refined sugar. Further, agave has high amounts of fructose, the excessive consumption of which is believed to be a contributor the nation’s inflating waistline.
• Your move: Satisfy your sweet tooth with pure maple syrup or unpasteurized honey, both of which contain more antioxidants than agave.

Healthy or Not: Atlantic salmon
Verdict: Not healthy
It turns out Atlantic salmon is easier to grow in captivity than Pacific, even though most salmon farming occurs on the west coast. Studies suggest that consuming too much farmed salmon is a good way to reel in extra contaminants, such as PCBs, as well as potential antibiotic residues. Also, many salmon farms pollute waterways, and escapees may threaten wild species—cross breeding may result in inferior salmon species.
• Your move: Select the more sustainable Pacific wild salmon. If it is too pricey, consider economical farmed rainbow trout. Inland rainbow trout farms have less environmental impact and provide the same heart-healthy omega-3s.

Healthy or Not: Coconut oil
Verdict: Healthy
Coconut oil has long been castigated for its saturated fat content, and many health organizations have urged people to treat it as if it were sprinkled with cyanide. Yet, coconut oil is far from a health pariah. Most of the saturated fat in coconut is in the form of lauric acid—a medium-chain triglyceride that has antibacterial properties and does not negatively impact cholesterol numbers or heart health. Plus, coconut oil doesn’t break down when heated, making it a good choice for the frying pan.
• Your move: Coconut oil products labeled “virgin” have a more pronounced coconut flavor so use them in baked goods or smoothies. Refined coconut oil tastes more neutral, making it a good option for sautéeing.

Healthy or Not: Beef Jerky
Verdict: Healthy
Jerky gets a bad rap as being nothing more than pieces of parched, fat-laden beef that you pick up at the gas station on a road trip. Jerky actually has very little fat, making it a good high-protein snack.
• Your move: Look for jerky such as Mountain America Jerky (mountainjerky.com) that skip sketchy preservatives and flavor enhancers like nitrites and MSG. Beyond the cow, try turkey, salmon, buffalo and even venison jerky.

Healthy or Not: Fruit Yogurt
Verdict: Not Healthy
Most conventional fruit-flavored yogurt is pumped with added sugars and laboratory-produced flavors, and surprisingly little real fruit. In fact, flavored yogurts can contain up to triple the amount of sugar of plain versions.
• Your move: Select plain yogurt and add your own berries. Even better, choose Greek-style yogurt, which is packed with double the protein of traditional yogurts.