These liquid assets can boost performance and improve health

We’ve all heard that proper hydration is important, but when water is boring and the thought of downing another sticky, sweet, artificially flavored and colored sports drink is too much to stomach, choose one of these natural, health-boosting beverages. 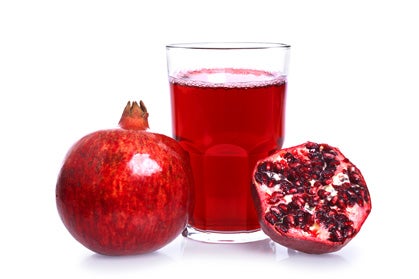 Here’s a good reason to dust off that old juicer tucked behind the bread machine: a 2010 study in the Journal of Applied Physiology discovered that people who consumed two cups of beet juice for six consecutive days could tolerate high-intensity exercise for a greater period of time compared to when they downed a placebo.

If you’re looking for a little pre-run jolt, steep this tea. Gleaned from leaves of a South American shrub and widely consumed in Uruguay and Argentina, maté brews up several stimulants including caffeine, theobromine (the “happy” chemical in chocolate) and theophylline, all without coffee’s jittery side effects.

Each cup of brewed maté, which has a vegetal flavor, has roughly 85 mg of caffeine compared to 135 mg in coffee. Several studies including a report in the Journal of Science and Medicine in Sport have concluded that consuming caffeine before or during exercise helps you work harder and longer by stimulating the central nervous system. While maté has traditionally used as a digestive aid, a 2010 Journal of Food Science study concluded that maté promotes potent antioxidant activity against cell-damaging free radicals. Steep bagged or loose-leaf maté as you would other teas ($12 for 1 pound; guayaki.com).

After a strenuous run, grab tart cherry juice. In a recent study in the Scandinavian Journal of Medicine and Science in Sports, 20 marathoners consumed either tart cherry juice or a placebo for five days before, the day of and the two days following the London Marathon. Those in the juice group enjoyed a significantly faster recovery.

Not just for kids, this great white liquid is excellent recovery fuel. McMaster University researchers in Canada discovered that subjects who imbibed two glasses of fat-free milk after exercise improved their ratio of lean body mass to body fat more than those who drank sugar-based energy drinks. “The synergy between protein, calcium and vitamin D in milk might be behind the improvements in body composition,” says lead study author Andrea Josse. Plus, milk is a great post-run hydrator.

Hood Simply Smart Milk ($3.50 per half gallon; hood.com) uses ultra-filtration to remove some of the water that makes low-fat milk taste watery.

Bored stiff of H2O? Coconut water makes a livelier alternative. Gleaned from young, green coconuts (not to be confused with high-fat coconut milk made from the pulp of mature nuts), translucent coconut water is tangy and one of the best natural sources of potassium and other essential electrolytes that help fend off muscle cramps.

In fact, the electrolyte balance of aqua de coco is so similar to that of human blood that, in a pinch, it has been used in tropical locations as I.V. fluid. Fortunately, you can skip the flight to the tropics as ultra-refreshing coconut water such as ZICO ($2.80 for 14 ounces; zico.com) is available at health-food stores.

If you are lactose intolerant, vegan or just looking for an alternative to moo juice, consider a glass of hemp milk. Rich and creamy with a great nutty flavor, hemp milk is a welcome addition to the non-dairy beverage market. Made by blending salubrious hemp seeds with water, hemp milk is a natural source of heart-healthy, anti-inflammatory omega fats (about one gram per cup) as well as up to 10 percent of the daily requirement for iron, a mineral not present in cow’s milk. Because iron helps transport oxygen to working muscles, coming up short can mean less zip in your stride and longer recovery times.

Adding to its health cachet is that most hemp is grown organically. Made from a different cannabis variety than what’s used to produce marijuana, hemp milk has no groovy side effects. If you’re concerned about sugar intake, look for unsweetened or lightly sweetened versions such as Manitoba Harvest Original Hemp Bliss ($5 for 32 ounces; manitobaharvest.com).

Available at most supermarkets, kefir drinks are laced with probiotics, good-for-your-gut critters that help regulate the digestive system and strengthen the immune system. In fact, the British Journal of Sports Medicine reported that probiotics activate immune cells in distance runners, thereby reducing the severity of respiratory illnesses such as colds.

Originating in Eastern Europe, this fermented dairy product is also plump with protein and carbs for muscle recovery, vitamin B12 for energy metabolism and stress-fracture-fighting calcium and vitamin D. Look for delicious Evolve Kefir ($3.80 for 32 ounces; evolvekefir.com).

Get Juiced // Four beverages that do more than quench your thirst

A cup of acerola cherries has a stunning 1600 mg of vitamin C, 27 times more of this important antioxidant than the daily requirement. U.K. scientists found that subjects with higher blood-vitamin-C levels were much less likely to develop diabetes.

Drink this: O.N.E. Coffee Fruit Drink made with acerola puree ($2 for 11.2 ounces; onenaturalexperience.com)

A University of Florida study determined that pink-grapefruit juice provides more nutrients per calorie than other commonly consumed, 100-percent-fruit juices such as orange and apple.

Juice made with this exotic antioxidant-rich purple berry may reduce oxidative cell damage and inflammation linked to conditions such as heart disease as well as poor exercise recovery, according to a study in the Journal of Agricultural and Food Chemistry.

Drink this: Sambazon Original
Açai B
lend ($3 for 10.5 ounces; sambazon.com)