Is the Paleo Diet right for runners?

Dr. Loren Cordain challenged a colleague, suggesting that a diet akin to our Paleolithic ancestors’ is better. … 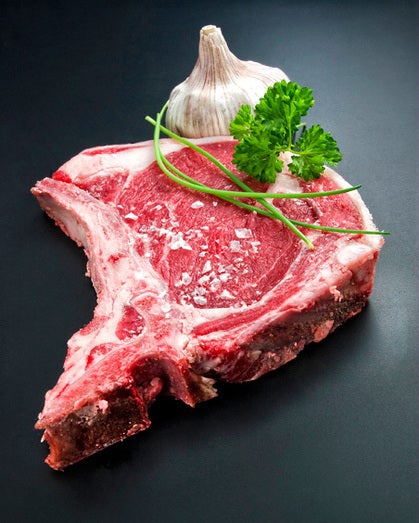 It all began with a friendly argument. Joe Friel, a long-time runner and Olympic coach, insisted that his high-carbohydrate diet was superior when it came to endurance performance. His colleague in the Department of Health and Exercise Science at Colorado State University Dr. Loren Cordain challenged him, suggesting that a diet akin to our Paleolithic ancestors’ was better.

Friel set out to make a case for carbs by committing to the Paleo Diet, assuming he would soon be back to his old ways. Two weeks passed and he felt miserable. Then, Friel’s legs started recovering more quickly. The 50-year-old bumped up his training volume and stuck to the diet for an additional week, discovering he was able to sustain mileage he had not hit for 10 years. That was nearly two decades ago. After co-writing the book, The Paleo Diet for Athletes, Friel and Dr. Cordain have converted a fleet of runners into Paleo believers.

The Paleo Diet, colloquially referred to as the Caveman Diet was first popularized by gastroenterologist and author of The Stone Age Diet, Walter L. Voegtlin, in the 1970s. Later Dr. Cordain posited our bodies are best adapted to the diet of Paleolithic ancestors’ over 10,000 years ago. This translates into a meal plan of organic fruits, vegetables, animal protein and nuts and berries. Foods newer than 10,000 years, such as legumes, dairy, grains and refined sugars, are off the menu.

“While they aren’t toxic in the short term, humans won’t flourish over a lifetime on a diet comprised primarily of these foods,” explains Friel. Of his own Paleo ventures, Friel says, “I was getting more vitamins, minerals and protein in my diet, which enhanced my recovery.”

Dr. Cordain has written many scientific papers on the downfalls of the Western diet. “Friel’s and my dietary recommendations come from an evolutionary perspective and are consistent with the most recent analyses of the human genome,” he says.

Regardless of the genetic and digestive details, some runners say they just feel better on a Paleo diet. When 52-year-old runner Dave Reid, of Toronto, Ontario, failed in numerous weight-loss attempts, he subscribed to the Paleo plan. Reid dropped 20 pounds in two months, and another 15 in the following two years. He says, “I’m now putting in better training than I ever did before.”

John Durant, also a runner and the mind behind Hunter-Gatherer.com, a website chronicling the life of a Paleo dieter, says he too feels healthier since starting this ancient diet. “My body just seems to work now,” he says.

Friel says the Paleo Diet allows an increase in training load. He credits these adaptations to the boost in micronutrients and protein that the diet offers. In particular, Dr. Cordain points to the high intake of omega-3 fats in the Paleo Diet, which has been shown to have strong cardiovascular benefits.

Dr. Cordain claims Paleo eating forces the body to transition from burning glycogen to burning fat, which is more efficient because our bodies have limited glycogen stores and days or months worth of fat stores. Says Friel, “There is a limit to how much carbohydrate a runner can process during a race, so if a runner relies to heavily on glucose, they will be forced to slow down in the later stages.” However, Glycogen aids high-intensity exercise. “The runner with the most glycogen remaining at the end of a race can run at a greater intensity,” says Cordain. For example, when your body relies mainly on fat stores during most of a 20-mile trail race, you will be able to tap into glycogen stores for a solid finishing kick.

Although the Paleo Diet has gained a following, it has also undergone much criticism. Some debate still exists over what was even included in the diets of our hunter-gatherer ancestors. Just as there was not one universal “20th-century” diet, stone-agers’ diets likely differed depending on where they roamed.

In fact, there was not a single human species that existed during the Paleolithic Age. It was not until Neolithic times that Homo sapiens emerged as the primary species and many adaptations were made throughout the Paleolithic, Mesolithic and Neolithic periods.

While Sally Fallon, author of the book Nourishing Traditions: The Cookbook that Challenges Politically Correct Nutrition and the Diet Dictocrats, of the Weston A. Price Foundation, an organization that promotes traditional diets and is an advocate for the actual Paleo Diet, she says Dr. Cordain misses the mark.

She disputes his suggestion that we limit our saturated-fat intake. “Our ancestors never ate lean meat,” she says. “They wanted fat and hunted older animals selectively for the back fat.” Research shows they used this method to stay warm and satiated.

There is also some question as to when certain foods made their way into humans’ diets. While the Paleo Diet does not include grains, research recently published in The Proceedings of the National Academy of Sciences identified 30,000-year-old traces of flour and grinding stones in Italy, Russia and the Czech Republic. Adds Fallon, “Cordain ignored that they did have carbohydrates in their diets and not just from grains. In the Northeast they had something called wapatos, a starchy root vegetable, that grew in the marshes and were easy to gather.” This suggests grains may have been part of the human diet long before originally thought.

The Five-Step Plan to Go Paleo

In The Paleo Diet for Athletes, Friel and Dr. Cordain make several adjustments to a strict Paleo Diet. “We realized we needed to modify the diet to fit the modern athlete’s training and volume intensity,” says Friel. While a modern-day marathoner puts in 26.2 miles of constant running, Dr. Cordain’s research suggests that humans in Paleolithic times put in about 10 miles, which included walking, slow running and short bursts of speed as they chased their prey, and had many days with no exercise when their food stores were stocked. Friel and Dr. Cordain propose a five-stage method for incorporating Paleo Diet principles into your training and racing.

Twenty-four to 48 hours before a big event, include some starches, like sweet potatoes. If you are racing first thing in the morning, bend the Paleo rules and ingest some carbohydrates, e.g. a gel, energy bar or sports drink, to help build glycogen stores you will need at the end of your race.

For races and training runs longer than 10 miles, take in carbohydrates from the start. This regimen does not vary from what non-Paleo-diet runners eat during a race. Sports drinks, gels, blocks and energy bars are all in-bounds.

The body most readily absorbs carbohydrates the first 30 minutes after exercise. During this time you are free to take in starch and sugar as per Stage 1, and, of course, drink fluids to rehydrate.

Stage 4: The Hours Following a Race or Hard Workout

Top off your glycogen stores for the next workout. Friel and Dr. Cordain suggest eating everything from pasta to bread to bagels and cereals, as well as animal protein.

Stage 5: The Rest of the Time

Adhere to a strict Paleo plan. Since you have permitted yourself carbs during the last four stages, your glycogen stores should be full. Shift back to micronutrients for long-term recovery.

While the Paleo Diet takes some adjusting, it might be worthwhile getting in touch with your Stone Age roots. Recommends Durant, “Try it for 30 days, and if you don’t like the results, go back to your established diet.”