I’m now 45 years old. A middle aged guy. My life has changed radically with each decade, and I’ve done a lot of stuff … 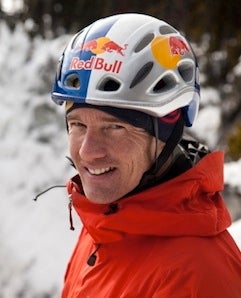 I’m now 45 years old. A middle aged guy. My life has changed radically with each decade, and I’ve done a lot of stuff that isn’t really award-worthy. But there has almost always been one constant that I’m actually proud of: Nearly every single day I do something physical. I count every hour in motion as a victory.

Every time I slip out of the house when the kids are asleep in the morning or evening and bike, hike, run, ski or just walk for an hour or two it’s a victory.

You see, as someone smarter once figured out, an object in motion tends to stay in motion, and an object at rest tends to stay at rest. So if I stay at rest for more than a day or two then I’m likely to stay there. Screw that, I’ve got to keep in motion. I can see what happens to people when they stop moving. They die.

I figure the type of movement is less important than the movement itself. I see a super fat lady out walking up a steep hill on a street and think, “Damn, that must be hard. You are a legend. All the houses you’re walking past right now? They’re full of people who make excuses not to get out and walk. And you’re out here going at it. You’re my hero.” I never say this because I don’t want to seem patronizing, but I truly feel it. I see the old guy cranking the Grouse Grind and think, “I want to be you.” I value my stolen hour in the gym as much as I value a day in the mountains; a day in the mountains is easy once you’ve left the desk, but the day I had to fight for an hour at the gym was a victory over life’s demands. And every day in the mountains was surely a great day too…

I go through airports all the time and see what the North American “lifestyle” is doing to people. The farther south you go in North America in general the fatter people get. And airports are where nutritional truth is revealed; I just finished up a meal at an airport restaurant and spent some time perusing what other people were eating. As usual, the rather large dude had a massive plate of nachos, a fried burrito disaster literally dripping with something gelatinous, and a diet Coke. The skinny bastard had a beer, tacos, and left most of the chips (not me, I was hungry as hell and ate ‘em). I got onto the last flight of the day behind two large people carrying a bag full of licorice and other sugar; their kids were already super sized, and that just sucks for them. What sucks more is that huge parents and fat elementary-school kids are now the norm, not the exception. Something is wrong.

Look at the lineup to McDonald’s in the airport or any food court and then look at the lineup at the “Edo” place. I guarantee the lineup at the burger (read burger with huge white bread bun, huge fries, huge milkshake/apple pie etc) stand will be far fatter than any other lineup (and the costs aren’t all that different so no excuses there). If you want to see what people truly eat study airport dining; it’s like watching life through a one-way mirror. And then look at the people who walk the stairs vs. ride the escalator, who stand on the conveyor belts instead walking. Things get real clear real quick: Eat shitty food and avoid exercise and you’ll stop moving and get larger. And once you get past a certain point it’s a lot harder to move (my hero lady aside). And if you stop moving you die. We’re all circling the drain every day of our lives; move faster and you stay farther from the hole for longer, like a marble in the sink.

But making time to breathe can be hard. You have to fight for it. I’m proud of the times I win the fight to breathe hard. Today I had three business meetings in two cities separated by an hour’s drive, plus the flight home. I got up early and had one of the best hour-long hike/runs I’ve had in years in the mountains near Ogden, Utah. I revel in the landscape of the American west; it’s literally intoxicating to me. The scrub oak, the smells, the dirt–I love it, and I would have missed it if I hadn’t gotten up early. As I struggled up to a ridge and then scrambled along the rocks and back down I felt life was beautiful in a way I would not have experienced if I’d lazed over breakfast instead of getting a coffee and moving. That’s all the time difference I really needed: coffee and go vs. sitting down. I ended my last meeting with just enough time to scrape in 45 minutes at the climbing gym on the way to the airport. Then it was a mad sprint to the airport, drop the rental car, do a “dry” shower in the airport bathroom, onto the flight. You think I’m bragging? I am.

I hear people bragging about how many beers they drank the night before like it’s an accomplishment. Well it is sometimes, but I’m way more proud of every single day I’ve spent some time sucking oxygen hard than I am of the times I drank too much, slept in, wasted time sending useless but somehow important emails or whatever. Because as I look back at those wasted days there was almost always an hour or two I could have sliced out to get out and breathe. I hate those wasted days; I have never regretted working out, going for a walk, getting on a plane stinking, not once. In fact, I’ve loved every single experience. But we all try to be busy instead of being alive, be busy instead of getting out and breathing, be busy instead of being productive, be busy sending useless texts instead of walking in the woods with our kids or running there with our friends…. I do it too, but I’m missing the point of life when I let “busy” replace “breathing.”

And lately I’ve been hanging out with some people who don’t get the beautiful luxury of being able to just go out and move, whether it’s in the mountains or the gym or whatever. Their broken or malfunctioning bodies won’t let them. Yet they still fight for time outside in the sun, drink in the day, and exercise as best they can.  If they can fight to literally breathe at all and still exercise, if the fat lady can get out the door and move, if the guy in the business suit can jam the stairs instead of the escalator just for the sheer hell of it then most of us have no excuses at all. Keep moving, keep breathing, keep the inertia on your side. Rest days should be a welcome anomaly, not a way of life. And avoid lineups with lots of morbidly obese people in them, it’s a sign of what the future looks like if you spend too much time in the same places… Airports, American chain restaurants and conveyer belts all move us closer to the drain hole. Keep the good momentum up. Life’s more fun when you move.