How pH balance affects your health and athletic performance

The adage goes, you are what you eat. But what does it really mean? Is someone who eats fresh fruit … 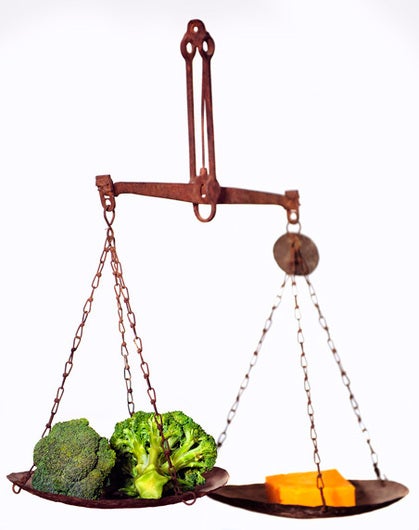 The adage goes, you are what you eat. But what does it really mean? Is someone who eats fresh fruit and oatmeal for breakfast healthier than someone who has a double espresso and jumbo chocolate-chip muffin? And does your body really know the difference between a post-run meal of a burger and fries or steamed kale and tofu?

The experts say yes. And the reason lies in food’s chemistry. Everything we eat and drink causes the formation of either acids or bases in the body, which influences everything from the effects of aging and stress to our ability to fight diseases including cancer.

Athletes can manipulate their body chemistry for optimal performance, as did professional Ironman triathlete, Brendan Brazier, 34, of Beverly Hills, California. He studied the training habits of his sport’s top contenders to learn what set them apart. “It turned out that it’s not training that separates top athletes; it’s their rate of recovery,” says Brazier. Those who ate a wholesome diet low in refined foods, animal products and sugar were simply able to train more frequently at high intensity.

Acid-to-alkaline ratio is a reflection of pH, a 14-point scale that measures the accumulation of hydrogen ions (called free radicals) in your body and the food you eat. Blood is slightly alkaline, ranking between pH 7.35 and 7.45, and pure distilled water is a neutral 7. Food on the negative end of the scale (below 7) is acid-forming, and food on the positive end (above 7) is alkaline forming.

The typical North American’s diet lacks enough alkaline-forming foods such as leafy green vegetables, almonds and “ancient” grains like millet, and we eat far too many acid-forming foods such as beef and other meats, coffee, alcohol, sugar and processed foods. This imbalance causes acid to accumulate in the body’s cells, a condition called chronic metabolic acidosis.

To reduce acidosis and maintain a healthy pH, the body pulls calcium and other minerals from the bones, which is then excreted in the urine, a leaching process that causes osteoporosis, kidney stones and other kidney diseases. And another acid neutralizer, glutamine, is pulled from the muscles to bind with hydrogen ions, causing the gradual loss of lean muscle.

As we age, the body becomes less efficient at neutralizing and eliminating acid waste, which explains why older athletes notice an increase in body fat and loss of lean muscle, even if their training is unchanged. “Essentially, we are peeing off our muscle as we pass the half-century mark in life,” says multisport coach Joe Friel in his best-selling book, The Cyclist’s Training Bible.

The most effective method of slowing this degenerative process in athletes of any age is to increase cellular alkalinity by eating a pH-balanced diet comprised mostly of alkaline-forming foods.

Acidosis and the Athlete

Conventional wisdom dictates that the best way to fuel up the night before an endurance event is to chow down on pasta and chicken. However, digesting those calories in the form of complex carbohydrates and protein sucks up a lot of metabolic energy and produces a lot of acid. The acid build-up causes inflammation, which stiffens muscles and joints, forcing you to work harder to move over the miles.

“The toxins produced in an acidic body reduce the absorption of protein, minerals and other nutrients, which in turn weakens the body’s ability to produce chemical components necessary for cell energy and organ activity,” say Dr. Robert O. Young and Shelley R. Young in The pH Miracle.

“If I didn’t ensure I was alkaline all the time, I would constantly be dealing with lactic-acid stress, sore muscles, poor digestion and the resulting lack of energy,” says Amy Golumbia, Canadian national mountain-running champion and a holistic nutritionist at Jump Start Nutrition Clinics in Alberta, Canada.

As acidosis erodes your mental and physical energy, you’re more tempted to eat energy-boosting drinks, snacks, bars and gels spiked with sugar and caffeine. Such ergogenic aids stimulate the adrenals and cause the release of cortisol, giving you an immediate, though temporary boost.

“Caffeine can help you in the short term [such as a race], but the problem is becoming dependent on it in everyday life,” says Brazier, author of Thrive: The Vegan Nutrition Guide to Optimal Performance in Sports and Life. “It’s like borrowing energy from the future; you’re exhausted later because you used up more energy earlier in the day.” Cutting out acid-forming sugars and caffeine avoids adrenal burnout and evens out your energy level, letting you sleep deeper at night, awake refreshed and eliminate mid-afternoon grogginess.

Stay alkaline on the trail by mixing your own sports drinks using low-glycemic sweeteners like agave nectar, or drinking calorie-free electrolyte water (www.nuun.com) or coconut water (www.zico.com), which is loaded with naturally occurring electrolytes, and by eating homemade whole-food energy bars containing dates, nuts and seeds (find these recipes in Brazier’s book, Thrive).

The key to a pH-balanced diet is offsetting the bad with enough of the good, since eating alkaline-forming food exclusively would be nutritionally incomplete. Dr. Young recommends a ratio of 80-percent alkaline-forming food to 20-percent acid-forming food at each meal (see sidebar, “pH Food Guide”). This means that nutrient-rich veggies would be a meal’s centerpiece instead of a steak, and is a good excuse to be adventurous in the kitchen, creating protein-rich nut burgers and baking with gluten-free flours like chickpea and spelt.

The overriding principle to becoming pH balanced is to choose unprocessed, wholesome foods over processed ones. For example, a steamed potato is alkaline, but French fries are highly acid forming. “The closer the food is to the way it grows in nature, the easier it is for your body to derive energy from it,” says Golumbia. So pile your plate with heaps of raw or steamed vegetables, antioxidant-rich fresh fruit, and grains and legumes that have been sprouted instead of cooked. Eating food raw or heated only at low temperatures preserves the vitamins, minerals and enzymes.

But don’t confuse acid forming with acidic. Lemons, limes and grapefruit are chemically acidic, but when metabolized, are actually alkaline-forming due to their low sugar content.

Your diet should be comprised of 10 to 20 percent EFAs, which can be as simple as drizzling extra-virgin olive oil or flax seed oil on your salad, topping cooked quinoa with sliced avocado, or sprinkling pumpkin or hemp seeds on a bowl of steamed veggies.

Avoid radical dietary changes and, instead, gradually replace processed foods with wholesome varieties, or start with making one meal a day alkaline. “It may take several weeks or more, but your body will start craving what’s good for it and stop craving what’s bad,” says Brazier.

While it’s possible to eat small amounts of poultry and fish and still maintain a healthy pH, vegan endurance athletes like seven-time Western States 100 champion, Scott Jurek, thrive without any animal products. Brazier, a 2:29 marathoner and a vegan, satisfies his daily protein requirement with legumes, nuts and a hemp-protein drink mix made by Vega, a line of raw, whole-food supplements he created in 2004 (www.myvega.com). Eating a wide variety of veggies plus supplementing with a “green” drink like wheat grass or Green Magma (www.greenfoods.com), provides all the essential amino acids (the building blocks of proteins) your body needs to repair and strengthen muscles. Such chlorophyll-rich drinks also naturally cleanse the blood and raise blood-oxygen levels.

While alkaline athletes end up consuming fewer calories, their nourishing, high-fiber diets are more satiating than those comprised mostly of “nutrient-empty” calories from processed sources. They also report getting leaner while preserving muscle, which improved their strength-to-weight ratio and boosted their endurance.

“Eating an alkaline diet is a worthwhile investment,” says Brazier. “It’s a lifestyle, not a quick fix to better health. It takes time before you feel better, but once it kicks in, you really notice the benefits.”

And limited amounts of acid-forming foods