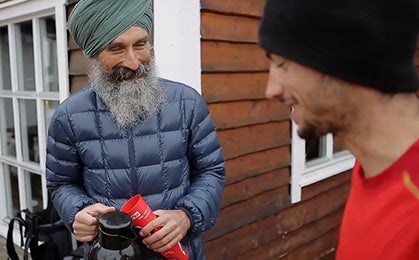 Jornet is served a warm cup of tea after directing the inaugural Tromsø Skyrace with Forsberg this summer. Photo courtesy Yogi Tea.

Finishers of the inaugural Tromsø Skyrace, put on last August by pro mountain runners Emelie Forsberg and Kilian Jornet, were greeted with a warm cup of tea (provided by race sponsor Yogi Tea) and cinnamon rolls. Jornet, who has been known to fuel himself before or during a race or record attempt with cookies soaked in tea, isn’t the first to boost his endurance with tea: for centuries, people in the Andes have made tea from coca leaves to be used to boost energy and performance and aid with altitude acclimatization.

Drinking tea won’t turn you into a super-human endurance athlete like Forsberg or Jornet (and brewing coca leaves, which can be refined into cocaine, might earn you a visit from the DEA). But tea has been shown to have performance-boosting benefits when consumed before, during or after a run.

Technically, tea refers to the leaves of the camellia sinensis plant, which produce white, yellow, green, oolong and black teas. These days, however, the term tea has come to encompass any combination of leaves, herbs and fruit that, when steeped in hot water, results in a flavored beverage, and there are now far more varieties available than your grandma’s over-steeped Lipton.

As a substitute for pre-run coffee, caffeinated tea can provide long-lasting energy without the crash. “The caffeine onset is a gradual and sustained release, as opposed to the initial spike and rapid decline that you get from coffee,” says Brandon Schoessler, founder of Sportland Tea Company.  “That means you have more ‘gas in the tank’, so to speak, without the jittery rush and potential sour stomach.” Depending on the variety, tea can also function as pre-run or mid-race hydration, a boost to post-run recovery or a stomach settler to keep you fueling smoothly during that 100 miler.

Read on for six varieties of tea that should be in every runners pantry. 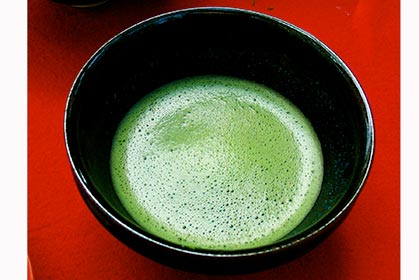 There’s evidence that drinking green tea before or during a run can spare glycogen stores for a late-race push: a study in the American Journal of Physiology found that green tea extract increased the endurance capacity of mice by 8-24% through enhanced metabolization of fat. To enjoy all the benefits green tea has to offer, drink matcha—powdered green tea leaves mixed with water—as you’ll be ingesting the leaves themselves, not just the weaker extracts found in steeped tea. Matcha contains 300% more protective antioxidants than steeped green tea and offers a much heavier caffeine boost. It also contains vitamins A, B and C, and electrolytes like sodium and potassium that aid in hydration. Pure matcha has a strong vegetal taste, so many find flavored varieties more enjoyable to the palate.

When to drink: Before or during a run or race

We like: Sportland Tea, which comes in two tasty flavors, Citrus Mint and Ginger Berry. In addition to the matcha, both flavors contain organic herbs and spices like ginger, ginseng, lemon balm and peppermint that boost the health benefits and help to settle the stomach. 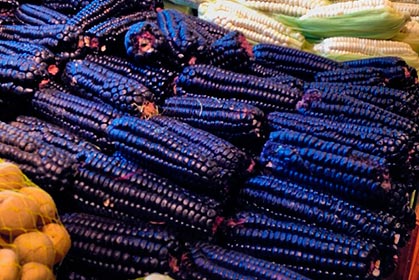 Based on a centuries-old Incan recipe, purple corn tea has long been favored by people living in high-altitude environment of the Andes for its energy-boosting properties. Naturally caffeine free, purple corn, a variety of corn native to the Andean region, supports blood flow regulation and connective tissue regeneration, and is also an anti-inflammatory. Plus it’s a great source of phytonutrients and antioxidants.

When to drink: Before, during or after a run or race

We like: Inca Tea, which comes in three caffeine-free flavors made from only fruit, flowers, natural flavors and the trademark ingredient, purple corn. 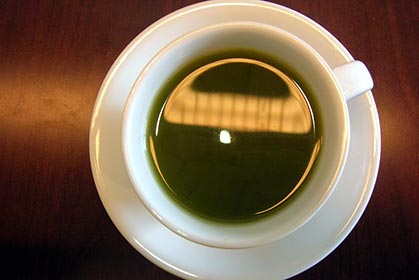 Native to the Ecuadorian Amazon, Guayusa has traditionally been consumed by indigenous peoples of the region for mental strength and courage, Guayusa has twice the antioxidants of bagged green tea and, with about 30 fewer mg of caffeine per cup than coffee, it provides sustained, crash-free energy. It also offers chlorogenic acids and amino acids, which promote cardiovascular health and blood circulation. Unflavored, Guayusa has a delicately sweet and slightly earthy taste.

When to drink: Before or during a run or race

We like: Runa, which also sells six other organic flavors from Sage Lavender to Cinnamon Lemongrass. The Runa Foundation helps maintain biodiversity in Amazon growing regions and promotes fair pay and treatment for farmers. 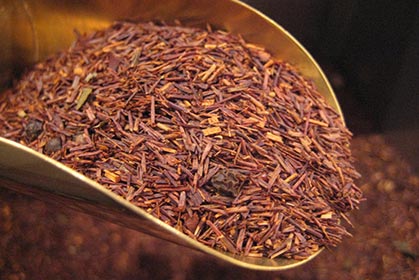 Rooibos tea, also known as red tea, hails from South Africa, where it is a very popular beverage. Rooibos contains antioxidants that fight inflammation and boost circulation, to help heal damaged tissues. It also has a high concentration of magnesium and zinc, which aid in testosterone production, important for the body’s durability and ability to recover, along with calcium and manganese, important for bone health. Additionally, rooibos helps the body absorb iron, which enhances oxygen delivery to muscles. The caffeine-free drink is a great choice before bed and has relaxing effects that promote quality sleep. Though flavored versions are available, pure rooibos tea has a slightly sweet, slightly smokey flavor and is enjoyable all by itself.

When to drink: After running; late in the day

We like: The full-leaf, organic Cedarburgh Rooibos from The Republic of Tea. 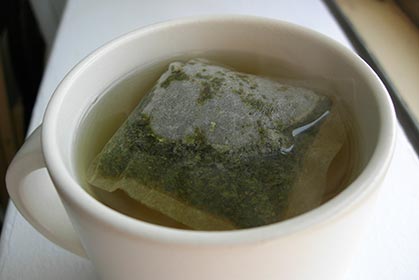 When to drink: After running; later in the day 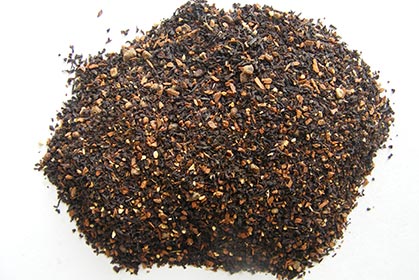 A study in the Journal of the International Society of Sports Nutrition found that regular black tea consumption led to reduced oxidative stress and delayed onset muscle soreness after anaerobic intervals, leading to faster recovery. The key ingredients were theaflavins, a type of antioxidant. The spices in traditional Indian masala chai, made with black tea, make it even better for tired muscles: ginger has anti-inflammatory properties, and cinnamon is a natural pain reliever. Skip the milk, though—the proteins can inhibit the tea’s benefits.

When to drink: Before or after running

We like: The loose-leaf Tulsi Masala Chai from Organic India.