Ultras in Black and White

The Grit and Grain of Running 100 Miles

Larry Gassan, an ultrarunner and accomplished photographer, will display his visceral images of runners celebrating finishes and suffering mid-race in a solo show at Cal State University Channel Islands (CSUCI) in Camarillo, California, from November 12 through December 6, 2019.

Gassan uses traditional medium-format film cameras to capture gritty and grainy images of sweat-soaked and grime-coated runners to reveal the intense dramas that play out as they struggle through challenging races.

His connection with the subject comes from his own experience participating in numerous trail running events. He finished nine 100-milers between 1991 and 1998, three of them at the Angeles Crest 100-Mile Endurance Run, which is the subject of his “Dead Man’s Bench” series. See a selection of his images, which will be on display in life-size at the Cal State show, here.

Gassan’s “100 Mile Runners” chronicles a distinct and diverse cast of characters at the finish line of 100-milers. Some are exhausted, others are ecstatic, and they’ve all completed 100 miles. 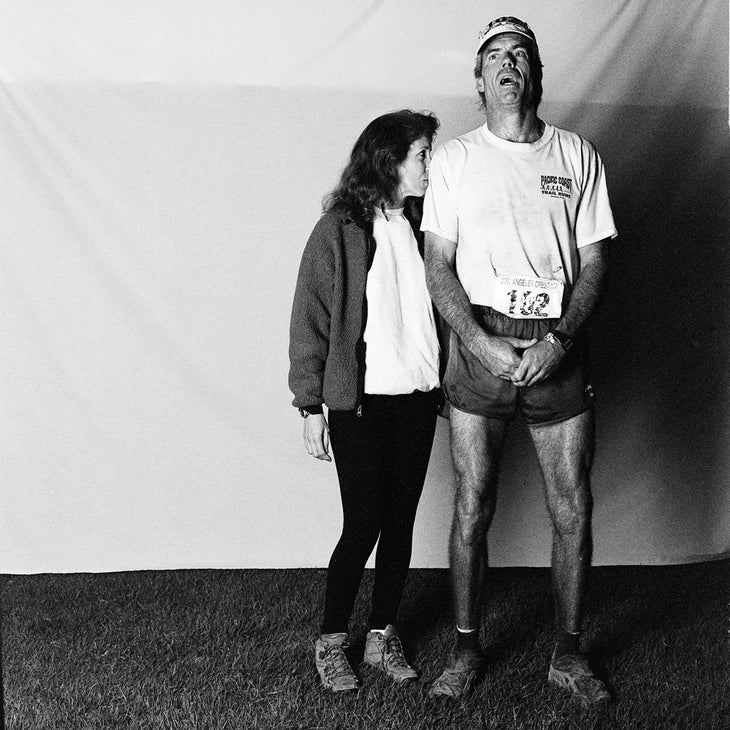 A couple at Angeles Crest 100 in September 2004. This moment is from the first year Gassan began shooting finish-line portraits. 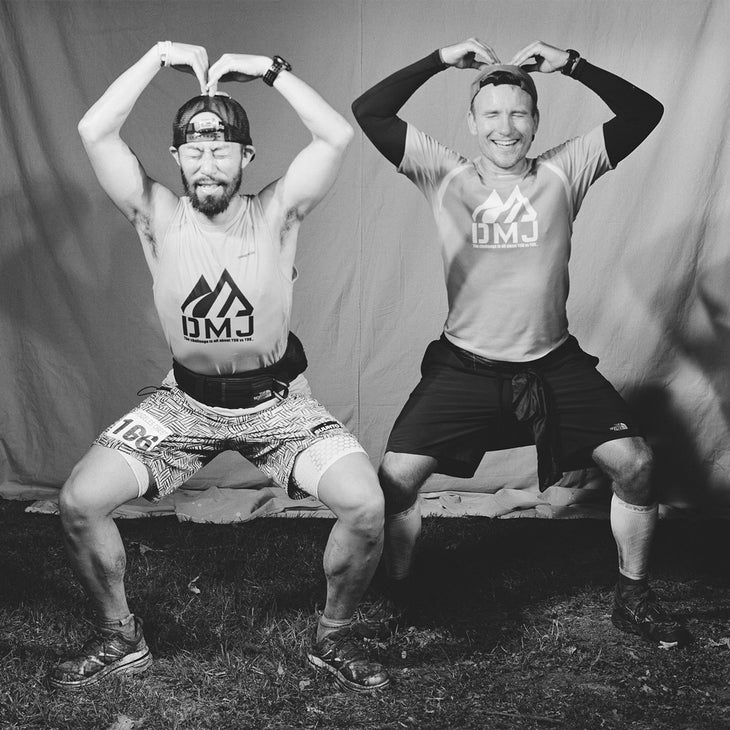 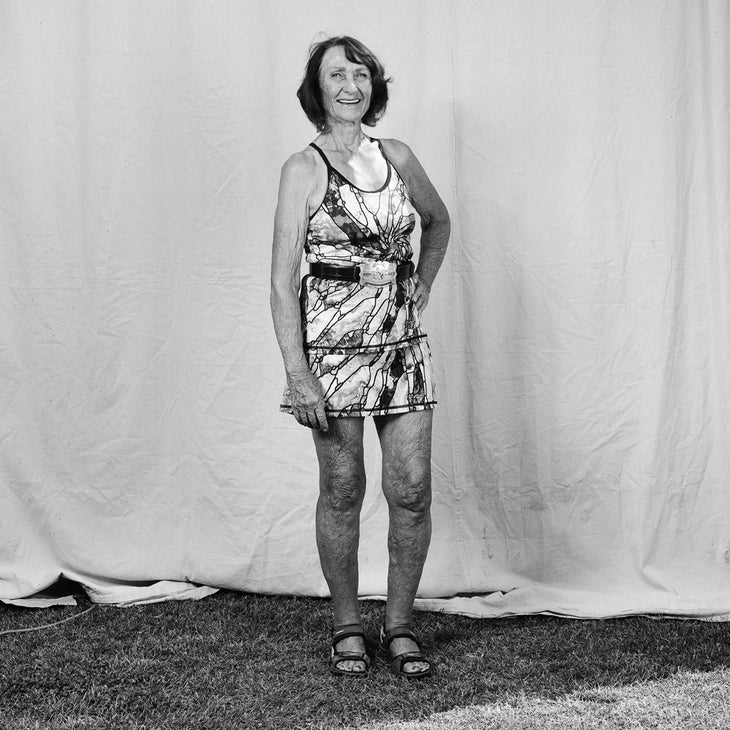 Legendary athlete Bjorg Austrheim-Smith at the Western States 100 (she has 11 finishes at the race, including a win in 1982) finish line in Auburn, California, June 2018. 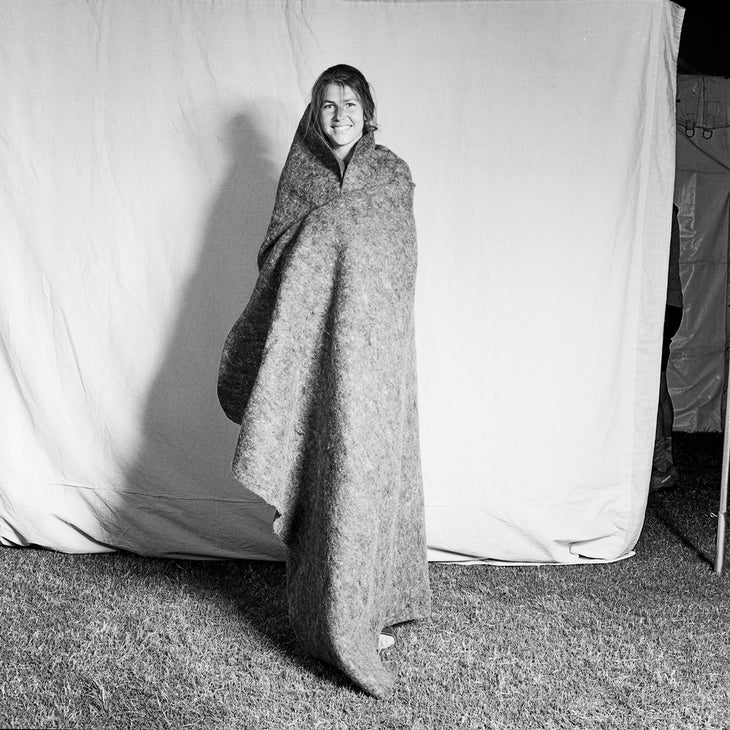 Cat Bradley smiles after her win at the 2017 Western States 100, Auburn, California. 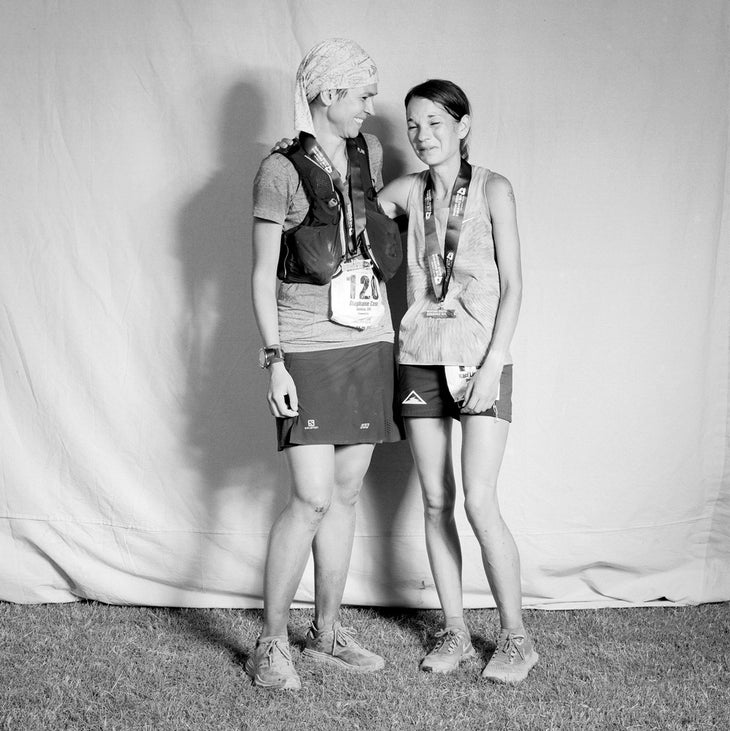 Stephanie Case and Kaci Lickteig at the Western States 100 finish line in Auburn, California, June 2017. Lickteig had won the race 2016 but her 2017 race was a struggle. She was about to drop at mile 78 when Case arrived and inspired her to finish.

Gassan’s “Dead Man’s Bench” series documents runners at mile 79 of the Angeles Crest 100 Endurance Run, perhaps the most challenging spot in the race. “At this location, everything is still in doubt,” Gassan says, “The race outcome is still uncertain. The finish line is 20-plus miles away, and you can still miss cutoffs at the next three aid stations.” 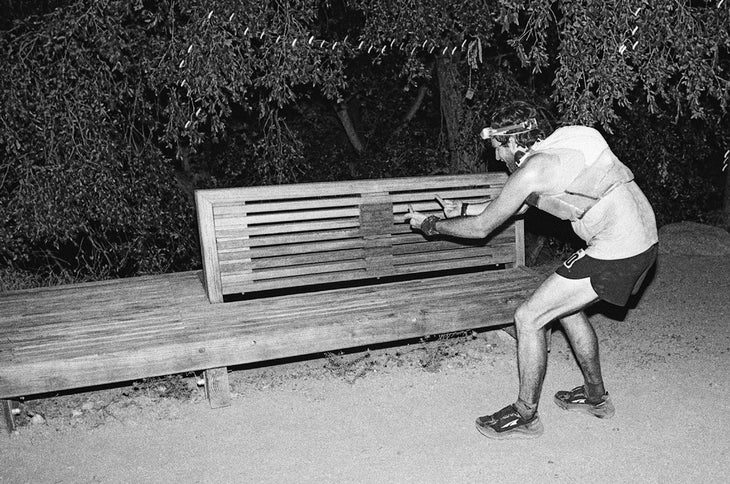 Brandon Bollweg was leading the race at this point. When he came through he said, “Can I do whatever I want for the picture?” I said, “Sure!” as he flipped off the iconic bench. He said, “I ate shit last year right here, so this is for you!” Angeles Crest 100, August 2017. 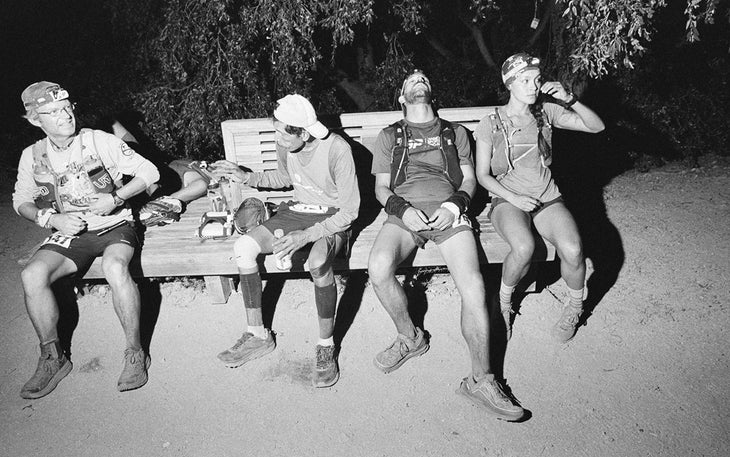 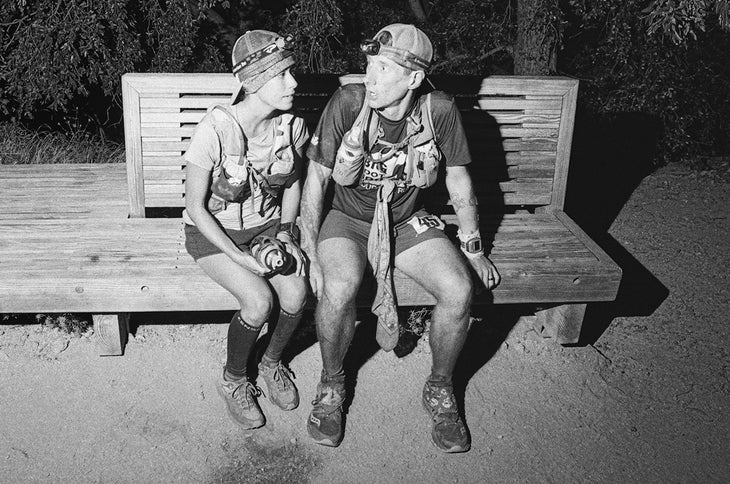 Sarah was pacing Dennis and said the acid kicked in about five miles back, Angeles Crest 100, August 2017. 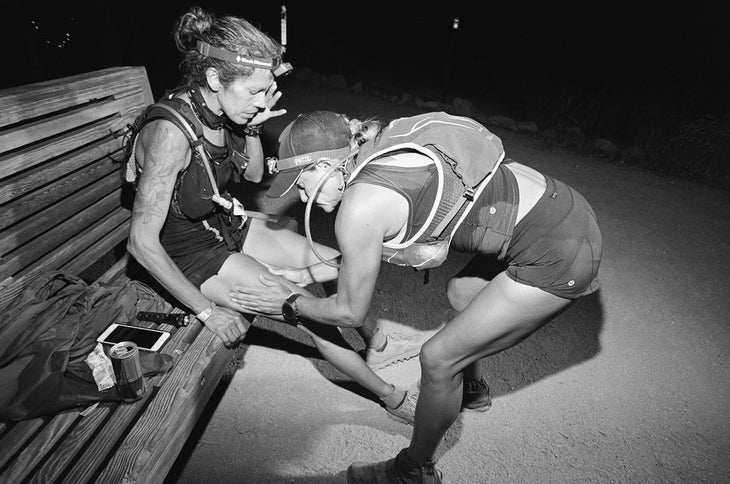 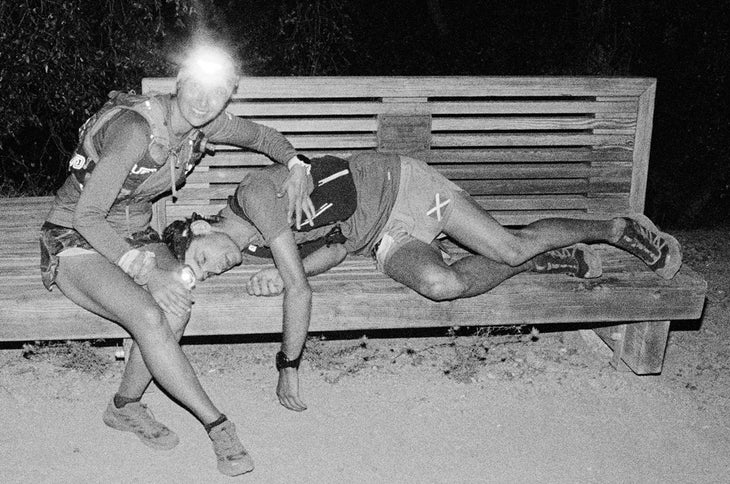 A public reception of the show will be held on Thursday, November 21, from 5 to 7 p.m.