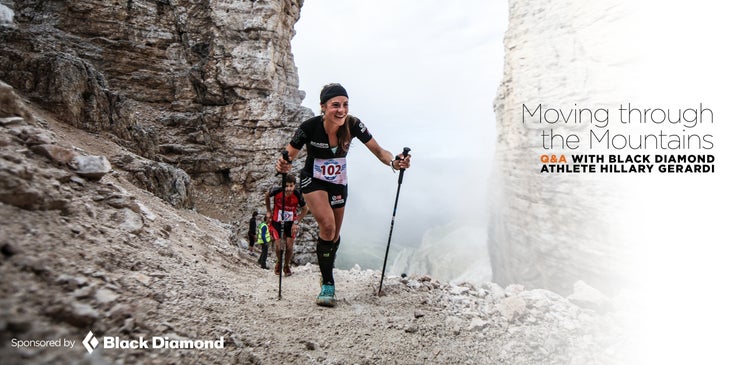 Mountain runner Hillary Gerardi, 32, one of Black Diamond’s newest athletes, spoke with Trail Runner about her unlikely start in the sport, her favorite gear, her work with Black Diamond, and what’s on her horizon.

When and how did you start running?
I wasn’t a runner from a young age. I did lots of sports and spent a lot of time moving through the mountains, but mostly rejected running until after college. When we were living in the Adirondacks, my husband got me to sign up for the Great Adirondack Trail Run which was my first race. I had a ton of fun (highly recommended race!). I didn’t really get into trail running until after a ski accident in 2012. I decided to look for some new objectives in the mountains, and started running and racing around Grenoble, France, where I was living at the time.

What does your home base in France offer you as a runner?
I live in the Chamonix valley, so for a few months out of the year, there is crazy good running and scrambling terrain…not to mention a wild elevation gradient to get good vert in on. The rest of the year, running is a bit more challenging because there is snow or ice on the trail. Luckily, I like skiing almost as much running, so that’s alright with me!

What is your proudest competitive performance?
Winning Vermont State Gymnastics High School team championships three years in a row. Oh did you mean running? I think the final sprint to the finish line at Glencoe Skyline in Scotland last year (and winning by around 5 seconds) was one of the biggest nail biters I’ve ever had!

Favorite place in the world to go for a run?
I’m usually a glass-half-full kind of person and pretty psyched about the trails where I am. I’m fortunate enough to live in a place that has pretty amazing trails and mountains, so I’d say right now, my favorite places to run are right here around home in Servoz!

Do you prefer running solo, with a buddy, or in a group? Why?
It totally depends! Because I have to fit relatively specific workouts around a busy work schedule, when I’m training for a race, I’m usually running alone. And there is something to be said for spending time on your own out in the mountains. But I also love sharing long runs with friends and especially bringing friends onto my favorite trails. How does your day job tie into your passion for the mountains?
I work at the Research Center for Alpine Ecosystems (CREA Mont-Blanc) in Chamonix…so my work is closely related to my love for the mountains. Our organization studies the impacts of climate change on mountain biodiversity and also carries out a variety of education and citizen science initiatives. For me, spending time in the mountains isn’t just about finding the right physical test piece or pushing for an athletic performance, it’s also learning about how the natural world works and how it is changing.

How did you link up with Black Diamond?
Joe Grant! But really, Joe Grant. Since we are both Scarpa athletes, we met at the Scarpa stand at UTMB (Ultra-Trail du Mont-Blanc) in Chamonix and found that we hit it off right away–we found a lot of overlap in our interests and passions, so I guess you could say that he vetted me. Still, I’ve been using Black Diamond poles, headlamps, harnesses, cams, skis…(the list goes on and on) for years, so it was a no-brainer to say yes when the opportunity arose to join the team.

In what ways are you working with Black Diamond to shape the mountain running landscape?
As trail running is becoming increasingly popular all over the world, we’re seeing a lot of push toward speed and performance. For Black Diamond and it’s athletes, performance is just one piece of a bigger puzzle which is more focused on experience and appreciation of the mountains. I’m really excited to see new BD products like the Distance packs, which encourage folks not just to get out and run to say you ran, but also to get out and go for an adventure.

I love to head out with the Rhythm tee and the Distance pack. I bring either the Distance 4, 8 or 15, whichever corresponds with the kind of activity that I’m doing. No matter what I’m doing, I always, always bring the Distance Wind Shell, just in case. It’s so small you can tuck it in your pocket and not even notice it, and it’s useful in almost any time of year and any mountain activity. You can slip it into the pocket of a pair of shorts, and pull it out quickly if the wind picks up on a mountaintop or ridge. 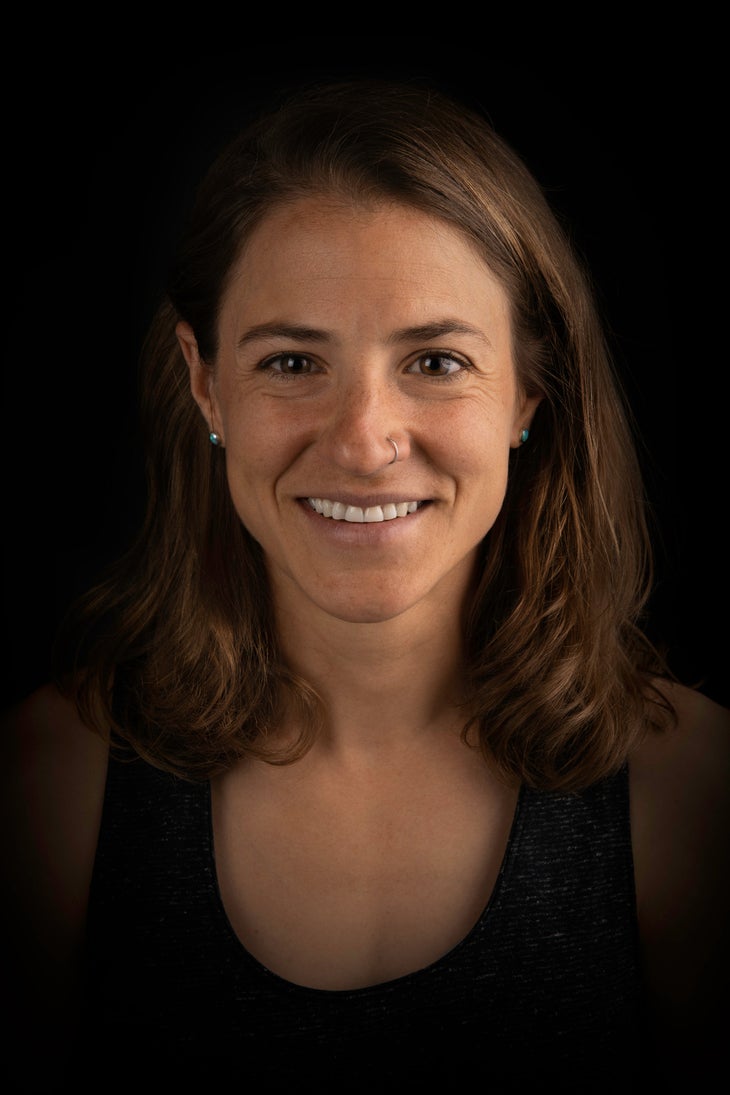 Drink of choice after getting back from a run…?
A recovery drink…which, depending on the mood, might be a beer!

What is the most difficult obstacle you’ve overcome in your running career?
Interestingly, my running career kind of started though obstacles – I had the ski accident in 2012 that led me to pursue mountain running as an alternative to more objectively dangerous mountain projects. And then in 2016, when I was intending to go for some longer-distance races, I fell off my bike and broke three ribs, which meant I wasn’t able to get in the volume necessary for a big ultra. A friend redirected me toward Skyrunning, and I fell in love.

In both of these cases I went through pretty low points in which I questioned what I was doing, but now in hindsight, I see how those accidents were also opportunities.

Top three bucket list mountain routes?
I feel like the things I want to do are ever evolving as I learn about new things and go new places. Based on trips and experiences just in the last year, as well as my obsession with ridges, I’d say I’d like to do….

What race or FKT is currently on your menu?
I’ll continue doing the Skyrunner World Series this year, and then also have some longer-term FKT goals in mind…both around the Northeastern US and also over here in the mountains, but I’m not ready to say too much about it!

I heard you once won a pretty unusual race prize… what’s the story?
The first season that I ran in France, a friend of mine asked me if I wanted to do a trail race with him the next day in a local village. We went and signed up in the morning. Surprisingly, I won. I was thrilled when, at the podium ceremony, they brought me a 12lb leg of prosciutto as my prize…I immediately thought, “well, that’s decided, I will DO this sport!”

This Race Is 50 Years Old And Going Strong

Going the Distance with Hillary Gerardi