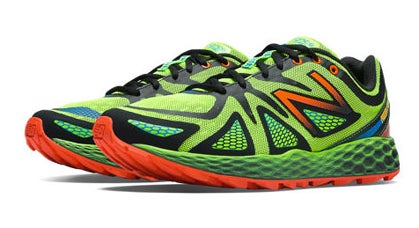 The Dirt: Despite its appearance of beefy cushioning, the FreshFoam midsole is surprisingly firm—comfortable for ultra distances, yet still responsive for shorter, faster pursuits. Even without a rock plate, the stacked midsole and dense foam do a great job steamrolling over trail obstacles.

Best For: Most terrain, ranging from road to technical trails; medium- to ultra-distance runs up to 100 miles; recovery runs.

Fit: Snug and a half-size small, with a narrow, low-volume toebox.