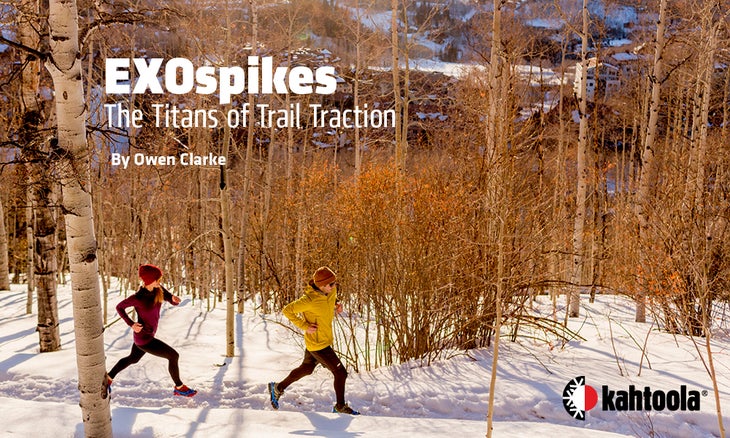 Kahtoola’s EXOspikes combine the unbeatable traction of MICROspikes with the lightweight, durable performance of NANOspikes. Ice and snow. Roads and rock. Dirt and trails. EXOspikes handle it all.

For years, trail runners have flocked to Kahtoola’s award-winning MICROspikes for reliable, lightweight traction in the alpine. Even if you’ve never heard of Kahtoola, you’ve heard of MICROspikes. They’re a household name in our sport, like “Band-Aid” or “Xerox.” Meanwhile, the brand’s other traction product, NANOspikes, is a mainstay for runners on icy sidewalks or roads. While both are popular traction products with years of use by thousands of runners across the nation… their specialization limits them.

MICROspikes are great for hiking and off-trail terrain, but their stainless steel build is cumbersome for trail runners, and quickly degrades on roads. The durable, carbide-tipped NANOspikes excel on flat terrain, but when variable surfaces like dirt, mud, and rocks come into play, their shorter spikes can’t dig into the terrain enough to provide traction.

After the success of MICROspikes and NANOspikes, Kahtoola had their work cut out for them when they decided to design a hybrid traction device.

They had to design a titan of trail traction. 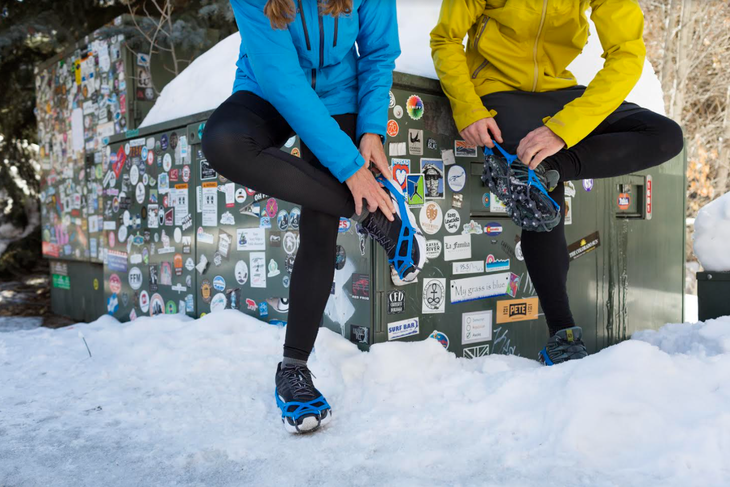 The EXOspikes were code-named “Enchilada” during product development, because Kahtoola knew for their product to be successful it had to be ‘the whole enchilada.’ They had to hit the ground running, with a design process which brought together their vast experience with winter traction and a diverse set of user needs, in order to give birth to an exceptional, revolutionary product.

Not only are EXOspikes 40% lighter than MICROspikes, they’re also nearly indestructible, with a TPU-Traction Matrix that is more abrasion resistant than steel.

For ONLY $59.95, trail runners now have a lightweight, rugged traction product that performs well on everything from icy sidewalks to mountain trails covered in snow and mud. 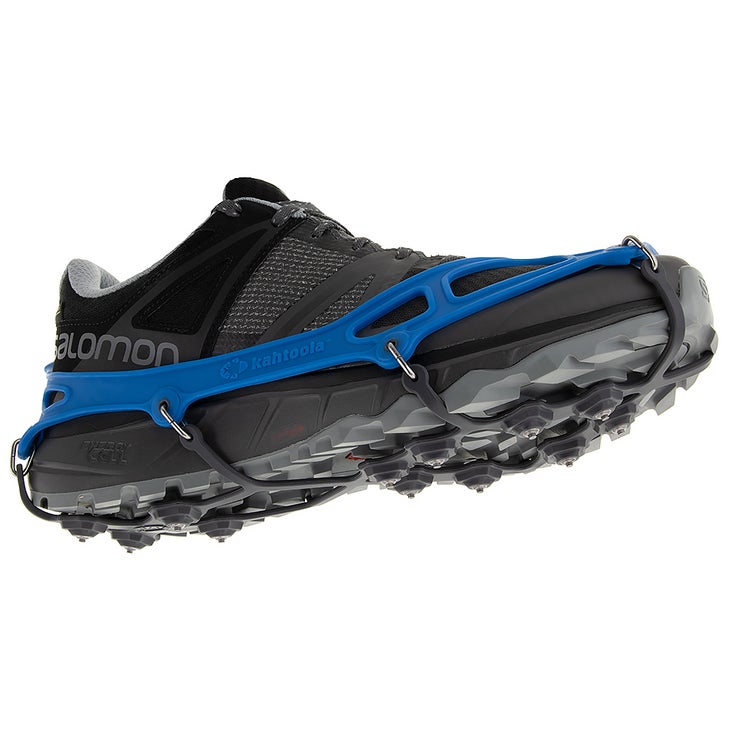 If anyone could create the marvel that is EXOspikes, it would be Kahtoola. The Flagstaff, Arizona brand has spent over two decades in the traction business.

I spoke with founder Danny Giovale about Kahtoola’s vision and the long, painstaking process of bringing EXOspikes to life. Giovale knows firsthand the importance of traction in the mountains. When he was 21, Giovale and his brother Mike (18) were on a 16-pitch climb in the Italian Dolomites.

The brothers were benighted on the climb and forced to retreat. In order to get back out, however, they had to descend a steep snow slope at the base of the route. Giovale, wearing climbing shoes with little traction, slipped. He fell several hundred feet down a snow gully, nearly catapulting over a cliff band into a boulder field below. Luckily, his helmet and backpack took a lot of the impact, but the experience left the importance of traction burned into his mind.

“We never want to be a crampon company,” he said. “Crampons are easy to engineer. Providing traction for a rigid boot is easy. What’s hard to do is to give reliable traction to a dynamic, flexing shoe.”

Customers had two perfect products for traction in two separate worlds, but they still wanted one traction item that could do it all.

So, two years ago, Kahtoola decided to blend their two bestsellers, creating the ultimate all-terrain trail running traction product. “But we didn’t want to create a compromise product,” said Giovale. “We didn’t want to craft a product that was cutting corners to bridge the gap. We wanted one that outshined the whole category.”

It wasn’t all smooth sailing, of course. “It’s pretty easy to put spikes into a plate, like on the NANOspikes,” said Giovale. “But plates don’t allow for versatile fit options, and more importantly they don’t allow your shoe to engage with mixed terrain.” So the tricky part was figuring out how to get cleats on the matrix properly positioned for maximum traction. They also needed to be tall enough to engage the terrain, but wide enough to provide stability and allow the foot to contact the ground. Finding that perfect midpoint was critical.

Kahtoola put their designers to the test, and quickly had EXOspikes prototypes in the field with dozens of outside product testers, taking them over terrain across the US, Canada, and Iceland.

Over 50 prototypes and thousands of hours later, the EXOspikes were born.

While MICROspikes consist of a series of steel chains and spikes, and NANOspikes have flat TPU (Thermoplastic Polyurethane) plates with small TPU cleats and carbide spikes, the EXOspikes have a bit of each. They use a TPU matrix, with durable tungsten carbide spikes built into much larger TPU cleats.

The TPU matrix used in EXOspikes is actually the first of its kind, with an open design which easily sheds snow and adapts to a wide range of footwear. “Surprisingly, [the TPU matrix] is more abrasion resistant and tougher than the steel chains on our MICROspikes,” said Giovale.

His personal goal during later stages of product testing was to figure out a way to break the final iteration of the EXOspikes. He was unsuccessful. “I was just kicking rocks as hard as I could, seeing if I could get anything to come apart,” he told me, “and my feet were exhausted before I could get anything to break. I gave up.”

EXOspikes, which retail at $59.95, come in 5 sizes, ranging from Extra Small to Extra Large. Available color schemes include Black and Blue.

MICROspikes continue to shine in off-trail, steep terrain and NANOspikes are still the traction product of choice for road runners.

Well, you need the Titans of Trail Traction.

Here’s What Our Editors Loved In June

The Best Trail Running Gear For Under $50