In the last seven months, I have lost over 40 pounds from trail running. But I am still 240 and … 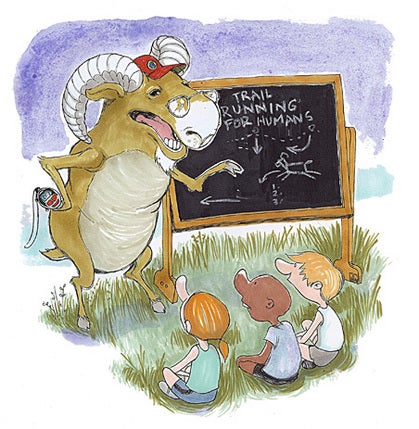 In the last seven months, I have lost over 40 pounds from trail running. But I am still 240 and 6-feet-6, and people think they’ve seen a local Big Foot when I pass them on the trail. At my size, how often should I be changing shoes to prevent injuries?

Congrats on the weight loss! Keeping your shoes in good condition will indeed help you stay injury free. For road running, the general rule calls for a new pair about every 300 to 500 miles, with the range depending on body size (smaller or lighter folks can usually go longer), how hard you strike the ground and the terrain you fancy.

On trails, it’s harder to judge, but Garry Gribble, owner of Garry Gribble’s Sports in Kansas City, Missouri, recommends a change every 400 to 600 miles. He also has two other tips: buy a good footbed for better support. And if you run every day, buy two pairs and alternate so each can dry out between wearings, allowing the midsole to last longer. He also notes that if you run on rocky trails, the midsole will endure more pounding and wear more quickly.

“When in doubt, get a new pair,” he says. “It’s an investment in your health.”

A Moderate Approach to Minimalist Shoes