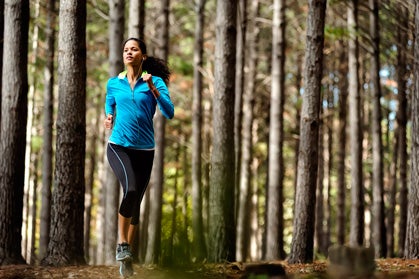 As trail running has grown in popularity, podcasts have proliferated. Contrary to their name, they do not require an iPod to enjoy—you can listen directly online or download them to your computer, mobile device or MP3 player.

We’ve rounded up a few of our favorites here—you can also search for or browse other podcasts through online podcast directories or in the iTunes store.

Running the Narrow Path
For five years, host Krister has been taking his podcast listeners on runs with him along the roads and trails of Sweden—literally recording his episodes while run- ning. He promises no training tips or expertise, musing instead on the nature around him and the simple joys of running. Set to the tune of footfalls and baaing sheep, this podcast is sure to invoke a sense of serenity.
www.runningthenarrowpath.blogspot.com

Running Stupid
Since 2008, ultrarunner and Inside Trail race series co-director Ken Michal has been doing his entertaining podcast on running long—from “the folks who know endurance … the back of the pack.” Episodes have ranged from an ultra- podcast (i.e. a two-part episode) about Michal’s experience at the Pigtails Challenge 200-miler in Kent, Washington, to a crew report from those who helped Ellie Greenwood break Ann Trason’s 18-year record at Western States, in 2012. It’s hard not to smile when you hear Michal’s trademark chuckle.
www.runningstupid.libsyn.com

“To be honest, I can’t even imagine what a 100-miler would feel like, but I’m pretty sure it would be horrendous.”
—Anna Frost, elite ultrarunner and Team Salomon athlete, on Trail Runner Nation

“I cannot tell you how many people came up to me and began to ask about running. We’re not talking about guys who have any clue about running. If they had run, it was from the police. I thoroughly enjoyed the curiosity of these folks. By the time I left, 18 months later, I had about 50 people running regularly—11 who had lost more than a hundred pounds from working out with me.”
—Charlie Engle, on being an ultrarunner in federal prison, on UltraRunnerPodcast