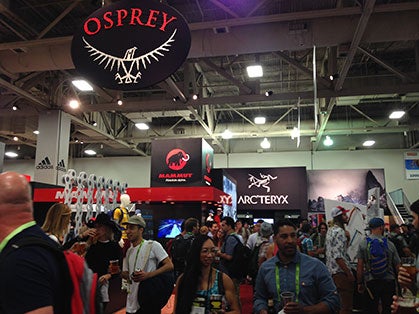 Last week, at the semi-annual Outdoor Retailer (OR) show in downtown Salt Lake City, Trail Runner browsed the latest and greatest in trail-running gear. We’ll be reviewing many of these products online and in print, but in the meantime, here’s a preliminary look at the shoes, apparel and accessories that caught our eye.

(Note: All products mentioned below hit the market in winter or spring 2016 unless otherwise specified.) 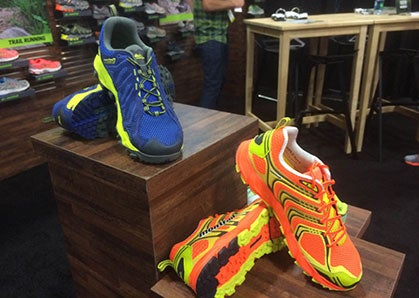 Montrail’s all-new trail runners, to be released in February: the Caldorado (right), meant for all-purpose trail running, and the aggressive, mountain-running Trans Alpine.

If next spring’s crop of shoes is any indication, trail running’s a booming business. Alongside established trail-shoe players, several large road-running and mountain-sports brands are making their first serious forays into the market—and that’s only good news for runners.

In the spring, look for all-new trail shoes from (and this is by no means exhaustive) New Balance, Scarpa, Skechers, Under Armour, The North Face, Montrail, Adidas, ECCO, Merrell, La Sportiva, Salewa and Dynafit, as well as countless updates and refinements to existing models from all companies.

We’re especially excited to check out the two new models from Montrail (above), which is expanding its trail-running line for the first time in years; the gnarly tread and customizable platform of Adidas Outdoor’s mountain-bike-inspired X-King (below); New Balance’s low-profile Summit Vazee trail-racing shoe; and the first true trail-running shoes skiing and climbing company Salewa has made. (Salewa calls them “mountain-training” rather than “trail-running” shoes, but it amounts to the same thing). 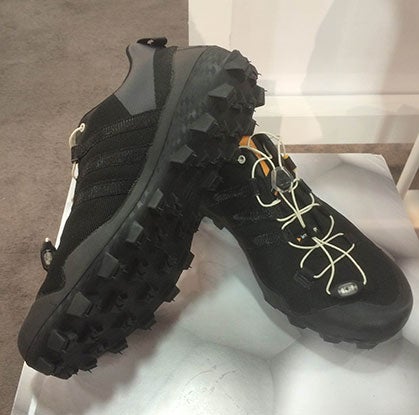 The forthcoming Adidas X-King and its fearsome tread.

We’ll be trying out these and other shoes all winter; look for the verdict next spring, in our June 2016 issue!

(In the meantime, you can check out our reviews of 13 great trail-running shoes on the market now. Also, look for another big shoe review next month, in our upcoming October issue.) 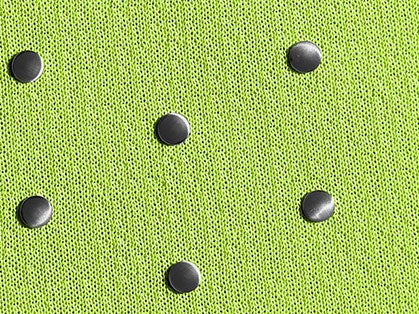 Ah, summer. Sunday barbecues, family camping trips, concerts in parks, those 45-minute runs that leave your top saturated with sweat … OK, so that last one’s not so pleasant.

For all you suffering summertime runners out there, apparel companies are trying their hardest to keep you cool. The latest in technical fabrics use all manner of chemical, mechanical and textile tricks to wick away moisture and keep the body from overheating. Some feel noticeably cool to the touch, as if taken out of the fridge.

From Adidas comes the futuristic Climachill fabric, woven with titanium strands and, in high-heat areas, silvery aluminum dots that have a cooling effect.

On the earthy side of things, Icebreaker’s Cool-Lite running tees are made of a blend of merino wool, nylon and eucalyptus fiber that promotes wicking and breathability while retaining a soft, natural feel against the skin. And Montane has developed a cooling fabric that incorporates recycled coffee grounds.

(Note: While products with these technologies are currently on the market, we have not wear-tested them—yet.) 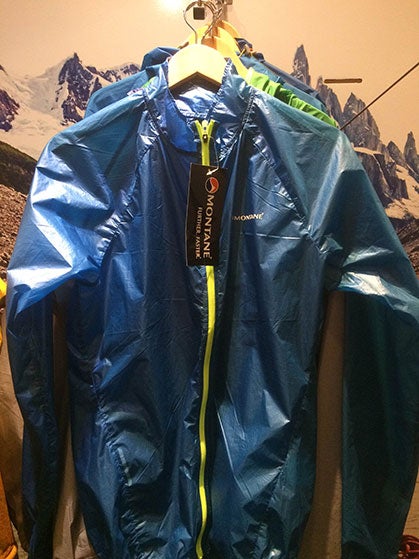 How low-weight can you go? Pretty low, it turns out: protective apparel for runners just keeps getting lighter and lighter. At a vanishing 1.7 ounces, the windproof Featherlite 7 Jacket from Montane led the pack this year. What we really want to know is: Who will be the first to break the one-ounce barrier?

Another welcome design trend: jackets that not only pack into their own pockets but include a handheld strap for easy carry during runs. 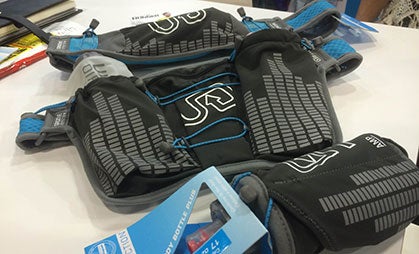 To me, one to two hours is the ideal length for a trail run. It’s long enough to feel adventurous, but short enough that I can carry just a single handheld water bottle.

With recent advances in runner-specific packs, vests and belts, I might need to rethink things. In addition to the six lightweight race vests we recently reviewed, we saw several intriguing new products at OR.

Working with top trail runner Sage Canaday—who, reportedly, is a belt guy, not a vest guy—Ultimate Direction developed its new, modular Groove belt, which can be customized to hold one or two soft flasks in back, and to have a pocket or just a simple strap in front. 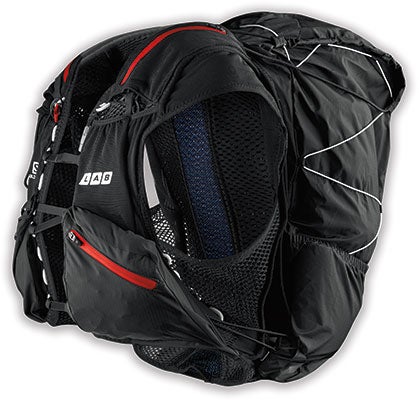 Of interest to those unsupported, dawn-to-dusk run-hikers will be the S-Lab Peak 20Set, a 22-liter pack with the form-hugging construction of a race vest. Also noteworthy is Inov-8’s addition of BOA closures, most commonly used in lacing, to its 10-liter running pack; the closures let the wearer conveniently cinch down extra room in the back.

The Julbo Breeze, with bendable earpiece. Photo courtesy of Julbo

At OR, performance-sunglasses company Julbo showed off one of its upcoming releases, the Breeze. The Breeze caught our eye, so to speak, because of a bendable earpiece that offers a customizable fit.

How much practical difference will a bendable frame make while running? It remains to be seen, but we can’t wait to find out. 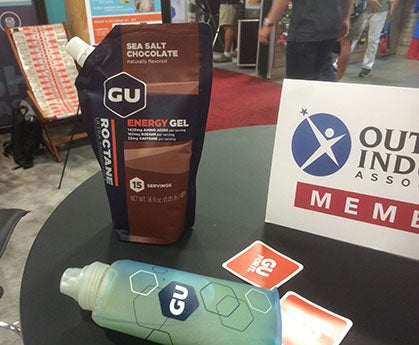 Yep, that’s one pound of GU.

If you run with a dozen gel packets sticking out of your shorts, this one’s for you. Starting in November, endurance-fuel company GU will start selling energy gel in one-pound bags, along with refillable 250-milliliter soft flasks, sold separately.

As well as cutting down on waste and litter, the refillable system will appeal to many athletes for its convenience. Rather than tearing open a packet every half-hour and stashing the sticky refuse somewhere, you just sip it from the flask as needed.

Or course, if the thought of sipping gel like water turns your stomach, there are plenty of whole-food alternatives for trail runners on the go. Our favorite new flavor from OR? The sweet and spicy Beef Cranberry Sriracha Bites from Epic Bar (available now).

Trail Runner’s Gift Guide: Running Gear for All Your Besties

Here’s What Our Editors Loved In September