An island adventure smack in the middle of Lake Superior

I thought I had visited America’s coolest National Parks. As an eighth grader from Wisconsin, I had stood atop Longs Peak … 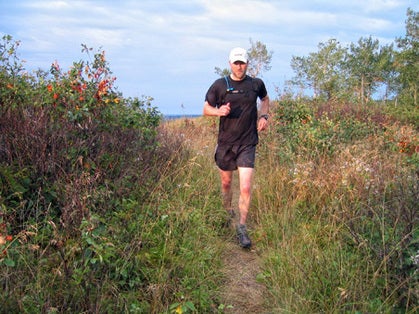 I thought I had visited America’s coolest National Parks. As an eighth grader from Wisconsin, I had stood atop Longs Peak in Rocky Mountain National Park after a rugged, high-altitude romp. Then, in my early 20s, Mount Rainier National Park and the 14,411-foot glaciated summit of Rainier seemed like the moon. Over a decade later, moving up the scale of sheer enormity and remoteness, I spent three weeks ascending the flanks of Denali in Denali National Park. I never saw the summit, but flew off the Lower Kahiltna Glacier with a profound sense of awe. How could any other National Park compare?

Enter Isle Royale National Park (IRNP), the least visited park of them all. Spanning 209 square miles (note: most of IRNP’s 894 total square miles is designated below water) and featuring over 165 miles of singletack trails, this remote island in the northwestern section of Lake Superior, Michigan, is an acclaimed, world-designated biosphere where predators and prey—wolves and moose—abound.

“It’s a special place,” said my twin brother, Greg Drum, a former IRNP Law Enforcement Park Ranger. “The island’s wildlife is what found itself scampering across an ice bridge or swimming Lake Superior decades ago.”

:: 165 Miles of hiking and running trails on the island

:: 50 Years of the longest ongoing predator-prey (wolf-moose) study in the world (www.isleroyalewolf.org)

:: 4 Days average length of stay, longest of any National Park

:: 601 Elevation in feet of Lake Superior

To entice me from my Colorado environs, Greg proposed that we run the island’s 40-mile length, what we soon dubbed the “Isle Royale 40.” Our intended path started on the docks of Rock Harbor at the northeast end and traversed the entire length of the Greenstone Ridge, arguably the earth’s largest and deepest lava flow, to the public boat dock at the southwest entry point of Windigo Ranger Station, Greg’s temporary home at the time.

On an early July morning, we gobbled up the first three miles over undulating, rocky terrain along the Tobin Harbor Trail. Haunting loon calls floated up from misty vapor tails dancing over the water. At a junction we turned west and crossed a rickety board bridge over Tobin Creek, then began a gradual ascent to Mount Franklin at 1074 feet, almost 500 feet higher than Lake Superior. Greg pointed out Thunder Bay, Ontario, in the shimmering distance across the omnipresent Lake Superior.

“At this point, we’re permanently connected with the Greenstone Ridge Trail,” said Greg as we trotted through boreal forest and over obligatory rocky outcroppings en route to Mount Ojibway and its lookout tower, at 7.3 miles. We hit a few trail intersections, including Daisy Farm, Chicken Bone and Hatchet Lake, popular trails to lakes and campsites.

By the marathon mark, 4 hours 25 minutes into our adventure, we approached Ishpeming Point (1377 feet), feeling strong and breathing easy. We came to a brief halt underneath another lookout tower enshrouded in shrubbery.

Then, jolting us from our wilderness reverie, out popped Peter Zahart, one of Greg’s colleagues, whom he had convinced to hike up from his housing at Malone Bay because few water sources were available on the ridge.. “Howdy, guys,” he said. “How about some extra water and a couple of peanut-butter-and-jelly sandwiches?”

We had 15 miles to go. It would feature rough, rolling terrain and the high point of the park, Mount Desor (1394 feet). Once atop Desor we would have a gradual six-mile descent to the dock at Windigo.

“Let’s do this thing,” I called, setting off on my “ultra shuffle.”

As we approached the Island Mine Trail intersection and attempted to glide over Mount Desor, marked only by an inconspicuous rock cairn, our bodies began to rebel.

“Owww, geez,” Greg grumbled, rubbing his knotted quads and calves, echoing my exact thoughts. So we stopped to savor the view: the endless lake, rolling hills and tree-lined island ridges. To rest our muscles, we walked a few steps, jogged a little, walked again and determinedly plodded onward. Inspired by the desolate beauty, we gained strength from our partnership and suffering, and, as twins, we did not need to speak. Instead we gave knowing glances as we strode side by side to complete the longest run either of us had ever done.

Greg’s wife, Laura, met us at Windigo when we finished, in 7 hours 7 minutes. Greg thought our accomplishment might be an unofficial record time, since he and other long-time IRNP employees had not heard of anyone running the island’s length in a day. But setting a record was not our goal.

The “Isle Royale 40” remains in my psyche as a potent motivator to explore the vastness of our National Parks in search of something greater.

Scott Drum, 40, is a professor of exercise and sport science at Western State College of Colorado in Gunnison, Colorado. He continually craves the uniqueness of National Park trails and gets his fix most summers.

For seaplane flights out of Houghton, Michigan, go to www.royaleairservice.com.

Permits. Backcountry permits are required to camp or dock anywhere on the island overnight (www.nps.gov/isro). No permit is needed for running continuous routes in a day. Park user fee: $4/day per person.

Other. Carry a water filter. There is no cell-phone coverage, so plan on being self sufficient. Sparse food/grocery odd-and-ends are available at Rock Harbor and Windigo, so plan to stockpile/bring your own food.

The Best Road and Gravel Helmets of 2022