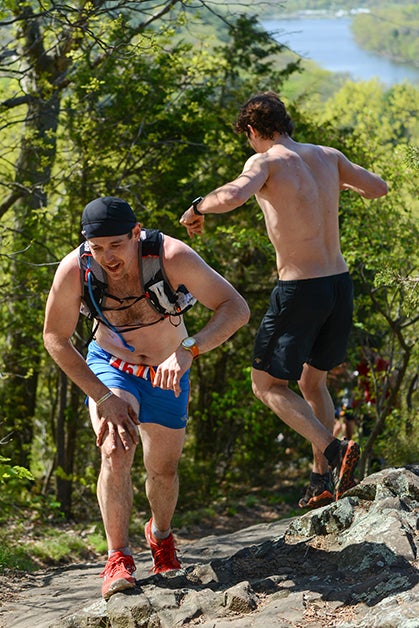 Scrambling hand over hand up the steepest ascent of Massachusetts’ 15.7-mile Savoy Mountain Trail Race, I could only focus on the screaming of my legs, heart and lungs. When I finally broke out of the woods and reached the open rock ledge at the summit of the 2,566-foot Spruce Hill, I paused happily to catch my breath. Gazing west across the valley to Mt. Greylock, I couldn’t help feeling a soaring sense of elation—and appreciation. It wasn’t lost on me that I probably wouldn’t have been there had the race not been part of something bigger.

Each year, runners in the New England region participate in the Grand Tree Trail Race Series, a low-key competition that runs from mid-April to mid-November. The name is an apropos riff on another local running tradition, USATF’s Grand Prix road race series. The Grand Tree series encompasses around 20 races of varying lengths and difficulties. The shortest race is a little over three miles while the longest one offers both marathon and 50-mile options, but most races fall in the mid-distance category. Most are located in Massachusetts, but there are also some in New Hampshire, New York and Connecticut. While local directors and volunteers put on the individual races, the Western Massachusetts Athletic Club (WMAC) promotes the series and keeps track of the standings.

Scoring for the Grand Tree series is handled in two ways. For each race, a runner earns a point score equal to his or her percentage of the winner’s pace. For example, a runner with a time of two hours in a race won in one hour would get 50 points. Overall series standings are based on the average of a runner’s best six race scores. Meanwhile, “Stoneheads” compete for the greatest sum of scores of all races run. So the more races someone does, and the faster they go, the more total points they accumulate. In an unusual symmetry, Stanislav Trufanov and Kelsey Allen, both of Massachusetts, won both the overall men’s and women’s series and Stonehead awards in 2013. 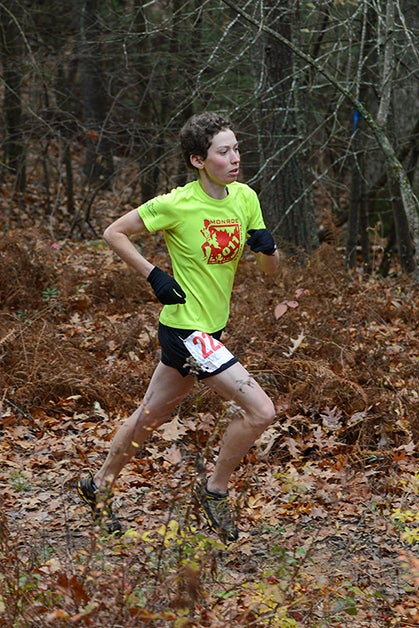 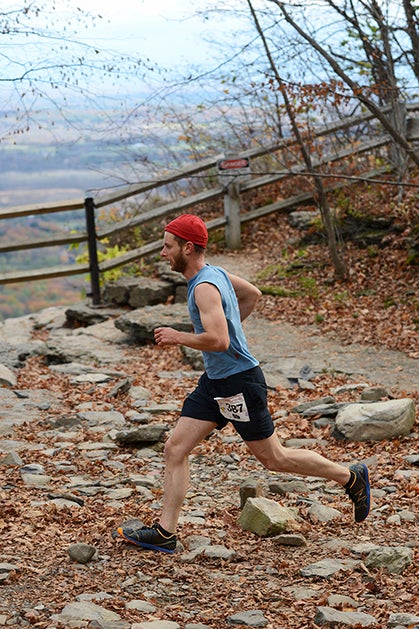 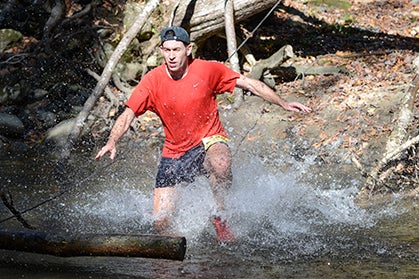 Slightly complicating matters is the fact that premier races like the Stone Cat Trail Marathon and Ultra fill up fast. This means that anyone aiming for a shot at winning the Stonehead competition needs to be fleet of finger as well as foot, and sign up as soon as each event’s registration opens.

Part of the appeal of the series remains seeing familiar faces race after race. Even at the starting line, regular rivals frequently share big smiles and laughs together. The vibe is always friendly, no matter what the difficulty of the race or pace of the runner. Competition with others and oneself is a key factor, of course, but the social atmosphere is encouraging and welcoming of everyone.

In addition to the easy camaraderie, the Grand Tree Trail Race Series provides an impressive amount of landscape diversity. No matter what type of terrain you crave, one of the series’ races likely offers it: stream crossings at Monroe Dunbar Brook, city skyline views at Blue Hills, ski trails to climb at Cranmore, yetis to dodge at Stone Cat … and even a spooky cemetery to run through at Hairy Gorilla.

A costumed half marathoner at the Hairy Gorilla Half Marathon and Squirrely Six Trail Races in Voorheesville, New York. Photo by Ben Kimball / Northeast Race Photo.

Series runners also often encounter a tremendous variety of terrain within a single race, as demonstrated by the Savoy Trail Race. After the amazing views at the race’s high point on Spruce Hill, the course traverses the rocky ridgeline of the Hoosac Range for a few miles, then sends runners along trails through gorgeous green hardwood forests, down a series of cascading ledges on an eroded old road and even briefly flirts with a few feet of pavement. From beginning to end, it requires careful negotiation of roots, rocks, leaves and mud. Best of all, there’s a clean mountain pond to cool off in afterwards, and a festive barbeque at the finish.

Four new races have been added to lineup for the 2014 Grand Tree Trail Race Series. The complete series list and schedule is posted on the WMAC website, along with current results and standings. The first event, the 10-mile Merrimack River Trail Race, will be held at 9 a.m. on Saturday, April 11 in Andover, Massachusetts.

Ben Kimball writes and runs in western Massachusetts, and takes endurance sport photos as Northeast Race Photo. He blogs about all of it at benkimballphotography.blogspot.com.