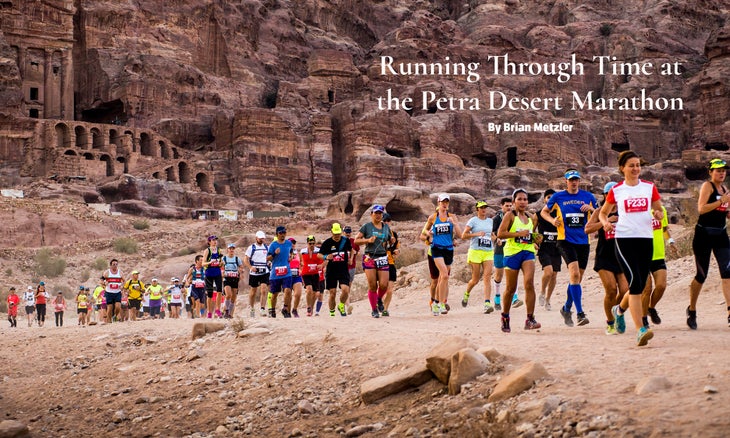 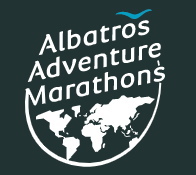 When you see the ancient city of Petra for the first time, you’ll likely be in such awe that you’ll think your eyes are deceiving you. Carved from pink sandstone in 9000 BC, Petra’s primordial buildings seem almost too dreamlike and surreal to be authentic.

Although you might remember seeing its most famous building, Al Khazneh or “The Treasury” in a number of films, ranging from “Indiana Jones and the Last Crusade” to “The Mummy Returns,” seeing it up close in the moments before you start the Petra Desert Marathon presents a bit of a sensory overload. Most runners admit they have to take a moment to catch their breath as they fully grasp the historic features that have designated a World Heritage site and one of the New 7 Wonders of the World.

But with 26.2 invigorating miles to run, there’s not much time to be awestruck. The arduous course includes 4,000 feet of climbing and 3,600 feet of descending as it sends runners past ancient tombs, temples, amphitheaters and caves and into the arid, lunar-like landscapes of the Jordanian desert.

The historically significant route and tenacious terrain makes the Petra Desert Marathon one of the world’s most unique running races in all of the world. Combined with a five-day tour package that includes visits to historical sites, authentic local dining experiences and unique recreational activities, it offers an immersive cultural experience. 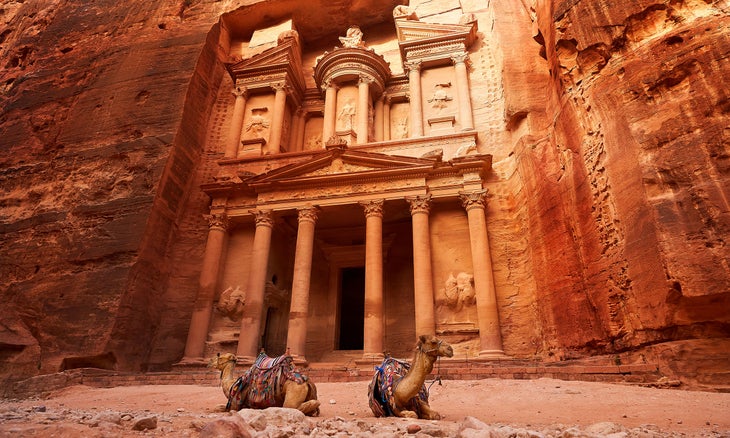 “It’s truly an amazing experience,” says John Pryce, a runner from Gloucester, England, who has run the Petra Desert Marathon twice. “This is a race that should be on everyone’s bucket list.”

The first half of the course rolls over sand and asphalt sections, but the second half climbs abruptly over paved roads and gravel pathways to the high point of about 4,600 feet near the 22-mile mark. The reward for that dramatic ascent is a four-mile downhill section to the finish line. There is also a half marathon that covers many of the same features with less climbing and descending.

“It’s very emotional being near the finish line to see people finish these races,” says Bo Eriksen, race director for the Petra Desert Marathon. “It’s such a big experience for most of our runners to finish. People are crying and hugging each other as they get to the finish line. It can be the race of a lifetime for a lot of our guests because of the combination of the traveling and running experiences in such fantastic place.”

These adventurous races represent a growing trend in mass participation running, one that Danish entrepreneur Søren Rasmussen helped start when he launched Albatros Adventure Marathons in 1999. It all started with the Great Wall Marathon, but it has since grown to seven rare and exceptional races around the world. 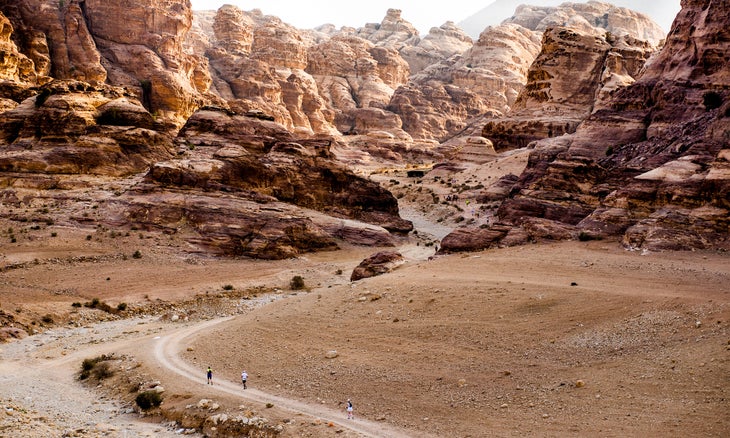 Petra lies on the slope of Jabal Al-Madbah on the edge of a desert basin amid mountains that form the eastern flank of the Arabah Valley that runs from the Dead Sea to the Gulf of Agaba. Petra is believed to have been settled as early as 9,000 BC, and it was possibly established in the 4th century BC as the capital city of the Nabataean Kingdom. The Nabataeans were a nomadic people who appreciated Petra’s proximity to regional trade routes.

The bold, adventure-seeking runners who have experienced the Petra Desert Marathon (or the accompanying half marathon) since its inception five years ago felt that history firsthand. Beneath the blazing sun, runners venture into the Jordanian desert, where the present-day nomadic Bedouins live, and pass the jagged mountains that stand gleaming in the late Jordanian summer.

The event has grown from just 49 runners in its inaugural year in 2014 to more than 350 at last year’s race. Word has gotten out and this year’s race could approach 400 runners, but that’s still a tiny, intimate event compared to big city marathons and the world’s most popular ultra-distance races.

Albatros Adventure Marathons makes it a point to treat each runner’s finish line moment special, announcing out their name and preserving the once-in-a-lifetime moment with photographs and videos.

“The runners who are interested in our races are coming to run for something else, other than a fast time,” says Lars Fyhr, Race and Event Director at Albatros Adventure Marathons. “In Petra, the finishing time is not of the essence, but the experience you have on the way to the finish line is. Our races offer another kind struggle than you would normally have in a marathon on a flat course in a big city. This is something different, something bigger.” 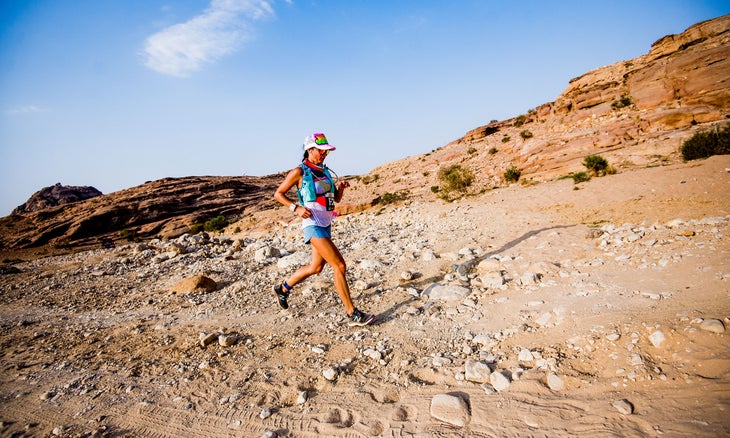 In addition to the Petra Desert Marathon and the Great Wall Marathon, Albatros also organizes races among Icelandic volcanoes, through a game reserve in South Africa, inside the Polar Circle in Greenland and amid the ancient temples of the Bagan region in Myanmar. It also recently launched a fast, downhill marathon through the Sierra Nevada Mountains in Spain.

“But it’s not just about the running or even finishing the race,” Fyhr says. “It’s also about the camaraderie that forms among the runners who come from all over the world.” In Petra, a dip in the Dead Sea is among the big highlights of the Petra tour package, which also includes social events, tours, accommodation and an entry pass to ancient Petra.

Many runners who have participated in the Petra Desert Marathon wind up entering another of the Albatros races, often with the new friends they met.

“Even though running can seem like a very individual sport, it can be kind of social,” Fyhr says. “We see it in the runners who come to Jordan. They get on our tour bus and they connect immediately. They have something to talk about and something to share right away, so there’s a really good atmosphere right from the very first day. People making new friends from across the world, telling stories about other races they have done and inspiring each other to go other places in the world to run.”

For more information or to register, go to www.petra-desert-marathon.com. Registration for the 2019 Petra Desert Marathon closes August 7, 2019 – or upon sell-out. 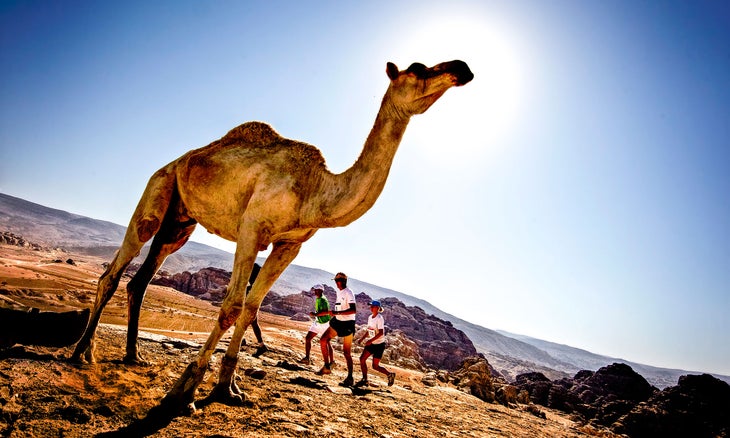