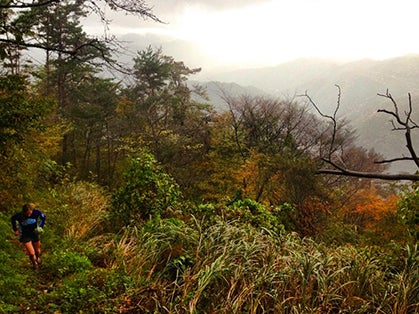 A fall training run up Mt. Aono near Tsuwano Japan.

Before moving to Japan last January, I knew that over 75 percent of Japan was mountainous and figured it was safe to assume that there were some trails on those mountains. Hopefully, I thought, I’d find some trail races. What I did not expect, and was thrilled to find, was a country whose enthusiasm for trail running parallels that of the United States.

From March through October, a runner can take his or her pick on any given weekend of several trail races throughout Japan. In a country smaller than California, with one of the best transportation systems in the world, traveling from race to race is a breeze.

Though races may be easy to find, they are not as easy to complete. You don’t race in Japan to run a fast time; you race to learn what conditions your body can survive. Here’s what to expect:

Beautiful Views
The scenery in Japan is thrilling, but you have to work for it. Trails take you through mountain rainforests complete with bamboo forests, ancient Buddhist and Shinto shrines, terraced rice fields and mountain villages that probably look the same as they did 200 years ago (with the addition of cars and telephone poles). If you’re racing in the Tokyo area and the weather is clear, you’re likely to get some great views of Mt. Fuji. 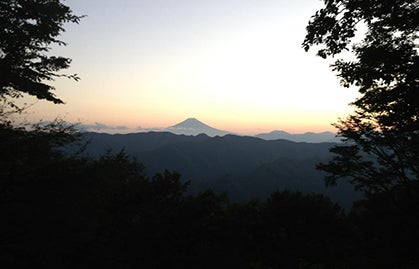 Mt. Fiji at sunset during Hasetsune.

Aid Stations
Japan’s trail races tend to celebrate the spirit of self-sustenance. Most ultras only have an aid station every 20K or so. Many of those aid stations have only water, sometimes in limited quantities. When steep climbs make for slower miles, you can easily spend several hours between aid stations—running with a hydration pack is not optional.

Mountains
Japan’s mountains are big, steep and no easy task to climb. For many races in Japan, you’ll spend your time ascending or descending technical trails that run along the narrow spine of a mountain. It’s not uncommon to come upon ropes and ladders at exceptionally steep sections to belay yourself up or down the trail. 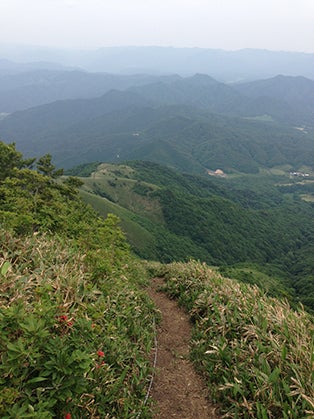 Enjoying a training run at Hiruzen-Kogen Highlands area (outside Okayama)

Climate
Spring and autumn are ideal racing seasons in Japan. Races in the spring showcase Japan’s blooming plum and cherry trees and the mountains in the fall are full of red and yellow Momiji (Japanese maple trees). Japan’s climate is equally divided into four seasons and resembles that of Virginia and North Carolina. Many races fall in the summer, which means you can expect temps in the 80’s to 100’s with high humidity.

The People
Though the terrain and the experience are unique, trail racing in Japan attracts the same outdoor enthusiasts that it does in the States. Although the Japanese people take racing quite seriously, there is no shortage of smiles at the start line as well as the occasional animal or Disney costume (Minnie seems to be quite popular). Foreign racers are even less frequent than aid stations, so a smile and “Ganbatte kudasai” (Do your best please) will quickly earn you some friends. 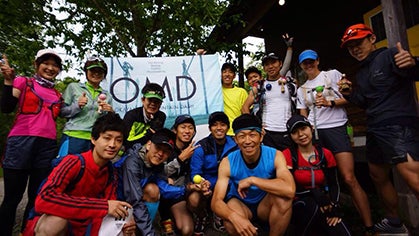 Selecting and Traveling to Races
For those races without an English website, you can use a free online translation program like Google Translate to understand the text. Websites sometimes have an English contact and many offer shuttle, access and lodging info. The majority of Japan’s races are within a couple hours train ride of Tokyo’s Narita Airport. Most trains have English announcements and signs so that you can find your way around. If you have phone service, Google maps will give you precise transportation directions including train and bus names and times to get exactly where you need to go. Passersby are generally happy to offer advice or directions as well. Japan’s crime rate is extremely low and it’s not uncommon for a stranger to postpone his or her plans and walk you where you need to go. 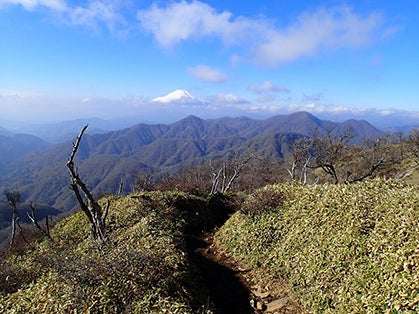 Expect lots of ropes and ladders during the Tanzawa race! 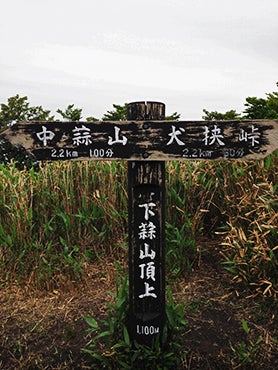 Leah Daugherty lives in Iwakuni, Japan and runs for La Sportiva Japan. Aside from running, Leah studies Japanese and enjoys building relationships with the Japanese people. She wishes to thank the Okayama Mountain Dasher Trail Running Club for their help with this article.