Readers share their favorite trail runs from around the world

Editor’s Note: Last week, we asked readers to help us build a bucket list of the world’s best trails. Here is a (by no means comprehensive!) list of 10 beautiful picks, near and far alike, to get your trip-planning juices flowing.

This 52-mile loop, south of Santiago, encircles the Torres del Paine–8,000- to 10,000-foot granite peaks that curl like frozen waves of rock above iceberg-studded lakes. This awe-inspiring route leads you past massive glaciers, towering spires and windswept lenga forests, as well as local wildlife like rheas, Andean condors and guanacos (similar to llamas). Make sure you go in the Chilean summer (November to early March), when the temps hover in the upper 50s and the sun doesn’t set until 10 p.m.

This 26.2-mile trail in Jasper National Park is mostly above treeline, the perfect spot for stunning views of vast meadows, windswept ridges and glacial lakes. Skyline is also a thriving habitat for wild animals like wolves, mountain lions and woodland caribou that you might be able to see off in the distance. This heavily-trod trail isn’t too technical. The highest point is only 8287 feet, so you won’t need much altitude acclimation to enjoy a summertime marathon run. But because of the trail traffic, you do have to reserve your spot; the Jasper Trail Office (1-780-852-6177) accepts reservations up to three months in advance. 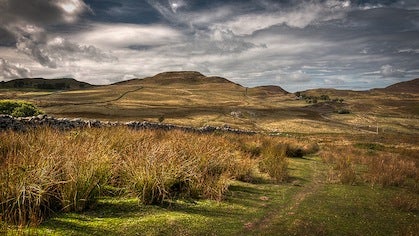 The Wales Coast Path, opened in May 2012, is the world’s first coastal path to cover an entire country. For 870 miles, it follows the entire Welsh coastline from Chepstow in the southeast to near Queensferry in the north. Cobbled together from already-established paths, the Coast Path winds along the north Wales coast and its seaside towns, over the Menai Strait onto the Isle of Anglesey, from the Llŷn Peninsula and down the sweep of Cardigan Bay, along miles of sand and waterfront. The entire path is accessible to travel on foot. It even links up to the Offa’s Dyke Path National Trail to make a 1030-mile continuous route. Wales is beautiful at any time of year, but the soggy Welsh weather means that summer (June to August) is the busiest time for visitors. 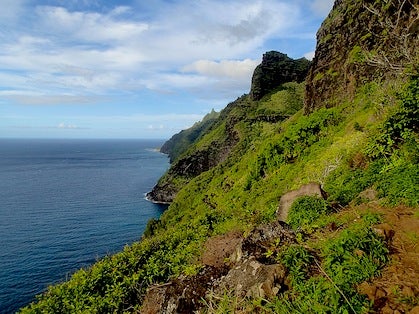 Running this 11-mile trek (or 22 miles round-trip) is the only way to see Hawaii’s Nā Pali Coast on the island of Kauai. This steep, technical trail traverses five lush valleys and crosses the Hono o Na Pali Natural Area Reserve before ending at Kalalau Beach where it’s blocked by sheer, fluted cliffs (pali). You’ll see waterfalls, swift-flowing streams and stone walled terraces on the valley bottoms where native Hawaiians once lived. Narrower parts of the trail are technical and dropoffs are big, so be careful in slick weather. Hiking poles are a must. Bring plenty of water and plan to purify what you get from streams.

The 150-kilomter Alta Via 1, or “High Road 1,” is the crème de la crème way to tour Italy’s spectacular Dolomites on foot. Enjoy breathtaking panoramas of jagged, snow-capped peaks and sparkling blue lakes during the day, then cozy up at night in trekking huts along the way; hut reservations must be made in advance, and they fill up fast. Camping is not permitted along the route. July through September offers the best window for snow-free trail running. Several different routes accommodate varying itineraries, so do your research to determine which path you follow. 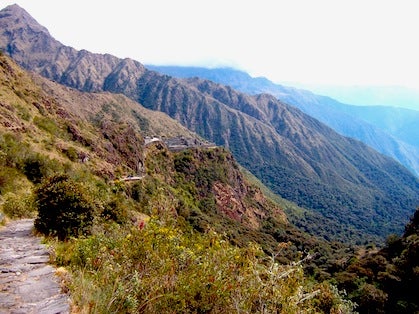 The 31-mile El Choro Trek runs through el Parque Nacional Cotapata from La Cumbre to Chairo through an amazing range of landscapes from high altitude moonscape down to the cloud forest. It starts at La Cumbre (15,501 feet), the highest point on the La Paz-Coroico highway, and climbs to nearly 16,000 feet before descending 10,662 feet into the humid Yungas and the village of Chairo. Along the route (which is in the best condition during the April to September dry season), there are expansive views, old Inca ruins and a rapid change in climate, vegetation and wildlife as you leave the alpine zone and plunge into the forest. Be prepared for cold and snow for the first few miles and sweatier climes later on. The trail is made mostly of Inca paving, which can get pretty slippery, so don’t forget your trekking poles, as well as some Advil for those sore quads. 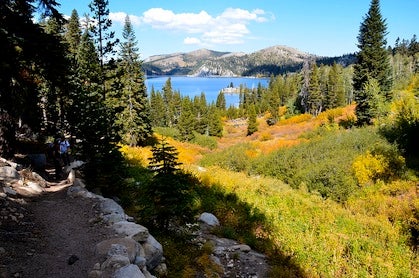 This long, scenic route around Lake Tahoe crosses through two states (California and Nevada), three National Forests, and three Wilderness areas, and intersects with about 50 miles of the Pacific Crest Trail. With 165 miles of sandy singletrack along a multiuse route, it winds from peak to peak around the lake with views campsites along the way. If you’re looking to fastpack the whole thing, bring a variety of clothing weights, since it can get cold at night high up in the mountains. Trail use is free and Forest Service permits are only required for overnighting in the Desolation Wilderness. For the best weather, head out in the late summer or early fall. 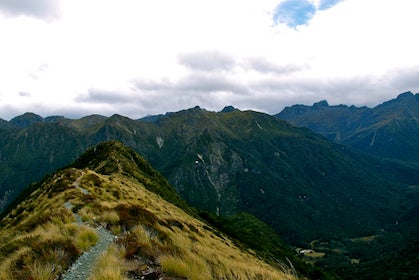 The Kepler Track is one of New Zealand’s lesser-known Great Walks, less trafficked than the Milford Track but packed with stunning scenery of Fiordland and the Kepler Mountains. This non-technical, 60-kilometer loop starts on the shores of Te Anau Lake, winds up through the forest and into the alpine zone, tracks along the mountain ridge, and then dips down again into the bush. The trail is runnable in a day (check out the ever-popular Asics Kepler Challenge Mountain run), or as a leisurely multi-day tour—three comfortable, serviced huts and two campsites are available along the way, each with its own spectacular view. It’s worth staying overnight to hear the wild kiwi birds call to each other. Plan a summer trip for the best weather (November to April), but the Track and huts are open in the winter (May to October) with reduced facilities. 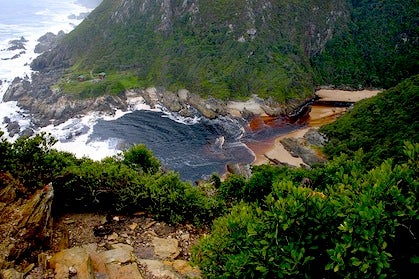 The best-known of South Africa’s hiking trails, the Otter follows the spectacular Eastern Cape coastline from Storms River Mouth to Natures Valley in the Tsitsikamma National Park. At about 26.5 miles, it runs along the rugged, rocky shoreline, only gaining about 450 feet of elevation, following cliff tops and dropping back down to sea level to cross rivers. Along the way are excellent coastal views, dazzling waterfalls and sweeping beaches. Parts of the trail are rocky and boulder-filled, so take care after heavy rains. South African weather is generally agreeable, but the best time to visit is in the summer (November to February) when rainfall brings the local vegetation to life. If you’re up for some competition, check out the Otter Trail Run and Challenge. 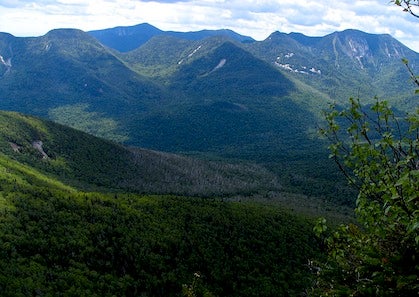 The Great Range is an 11-mile chain of mountains in the heart of the Adirondacks’ High Peaks. Completing the whole enchilada—i.e. summiting all peaks between Hedgehog Mountain and Mount Marcy—is an exercise in choosing your own adventure, as no standard route exists. Jan Wellford, who set the Fastest Known Time (FKT) with a 25-mile route in 2009, reported approximately 9500 feet of elevation gain. The ridge itself is steep, rugged and not particularly runnable in most places (there are long stretches of rock scrambling and ladder climbing), so bring trekking poles and carry lots of water. If you can tough out the numerous false summits, eroded trail beds and steep sections, you’ll be rewarded with stunning views of the Range. There’s a reason Backpacker Magazine named it one of the most challenging day hikes in the United States.